The Sony Alpha a7 III is a high-resolution, full-frame mirrorless camera and an update to the a7 II. Key features include:

What’s New? The Sony Alpha a7 III offers several improvements over its predecessor, the a7 II, including several features that debuted on the higher-end a7R III. It boasts a redesigned sensor, a faster processor, an expanded ISO range, improved autofocus performance, improved image stabilization, dual SD memory slots and a higher-capacity battery.

24.2MP Exmor R BSI CMOS Sensor and BIONZ X Image Processor. The Sony Alpha a7 III’s 24.2MP back-illuminated full-frame sensor works in tandem with the BIONZ X processor to deliver incredibly fast performance, excellent image quality, and great low-light performance. You get 14-bit RAW stills with a native sensitivity range of ISO 100-51200, which can be expanded to ISO 50-204800. You also get internal UHD 4K video capture using the sensor’s full width. This combination of sensor and processor enables the a7 III to keep up with fast-paced shooting applications. You can shoot up to 10 fps at full resolution with full autofocus for up to 177 consecutive frames in either mechanical or electronic shutter mode, and up to 8 fps in live-view mode.

Improved Hybrid Autofocus System. This updated 4D FOCUS autofocus system gives you twice the speed and substantially more reliable tracking compared to previous a7 cameras. It features 693 on-sensor phase-detect autofocus points with 93% coverage along with 425 contrast-detect autofocus points, providing extremely fast, accurate performance. You have the option of Flexible Spot focusing, which uses neighboring focus points to stay focused on fast-moving subjects even if the original point loses focus. The Eye AF feature lets you base focusing on a familiar subject’s eyes, making this camera great for portraiture, while Focus Magnification emphasizes minute details. The a7 III sees the addition of an AF Point joystick and dedicated AF On button, in addition to touchscreen control.

Five-Axis SteadyShot INSIDE Image Stabilization. Borrowed from the a7R III, the SteadyShot INSIDE image-stabilization system offers up to five stops of correction on to any lens you mount. This system compensates for five types of camera shake, including angular shake (pitch and yaw), shift shake (X and Y axes), and rotational shake (roll). All five stabilization axes are constantly engaged, even when you’re using third-party lenses, adapters, or lenses with their own built-in image stabilization.

UHD 4K Video Capture. The a7 III can capture UHD 4K video in multiple frame rates up to 30 fps, which is oversampled 2.4-fold to ensure that there’s no pixel-binning. It can also capture Full HD 1080p at up to 120 fps. Both 4K and Full HD resolutions use 100 Mbps XAVC S format in an MP4 wrapper with 4:2:0 sampling. In addition to these high-resolution internal-recording options, the a7 III offers uncompressed 4:2:2 video output via an HDMI connection.

High-Res Electronic Viewfinder and LCD. The built-in XGA OLED EVF boasts 2.4M-dot resolution, 100% coverage, and 0.78x magnification to give you a bright, clear view of what the sensor sees. The tilting 3.0-inch 922K-dot rear tilting touchscreen LCD can also be used for image composition and review when shooting at arm’s length.

Other Notable Features. There’s a hot-shoe external-flash connection, automatic anti-flicker shutter timing, an advanced metering system, a range of Creative Style and Picture Effect modes, and built-in Wi-Fi and Bluetooth capabilities for wireless image sharing and camera control. It records its 14-bit RAW images, JPEGs, and video files to SD memory cards via its dual SD memory card slots (one of which is UHS-II compatible), and uses the rechargeable NP-FZ100 battery that’s rated for approximate 710 shots per charge. 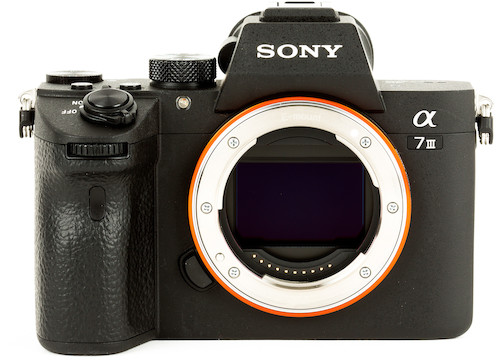 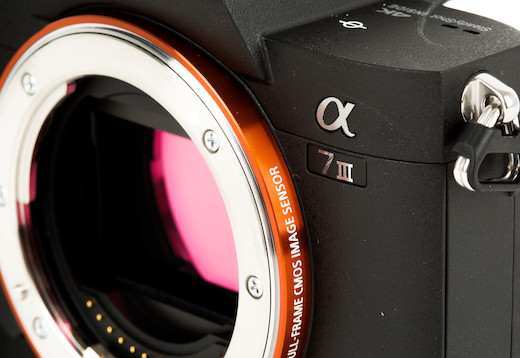 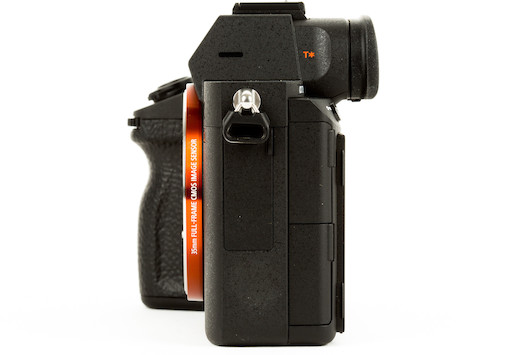 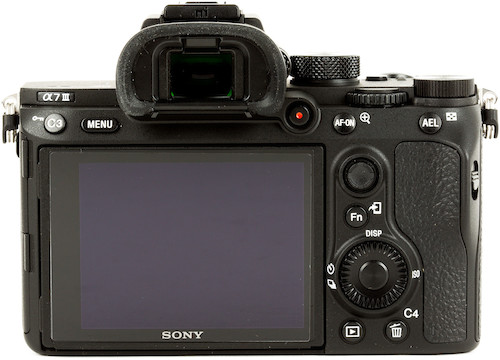 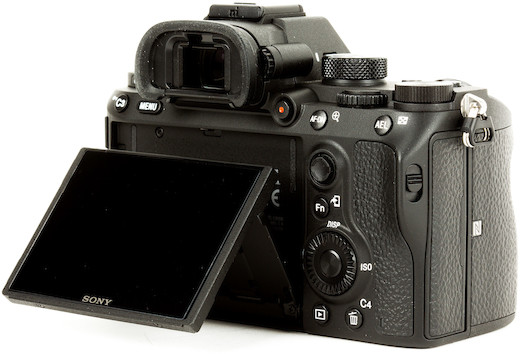 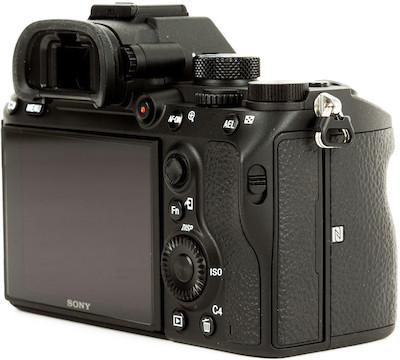 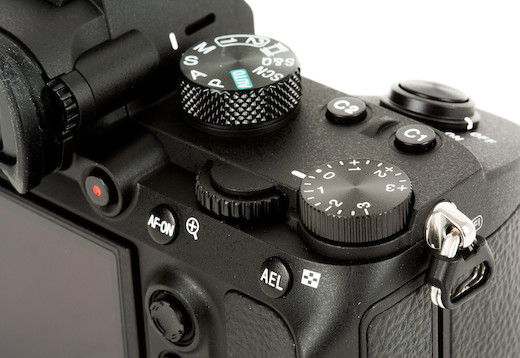 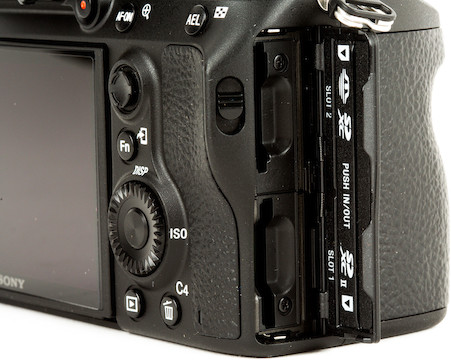 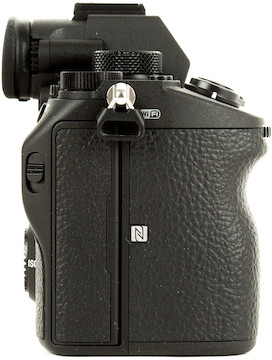 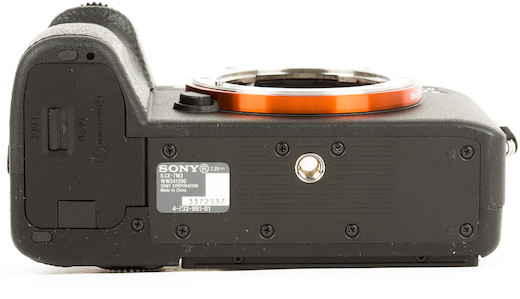 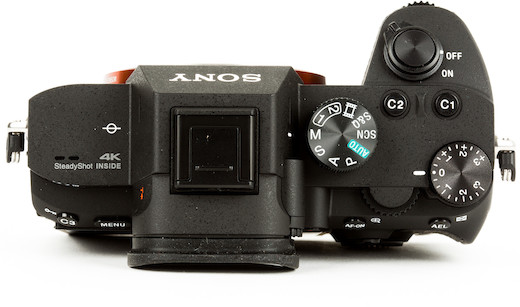 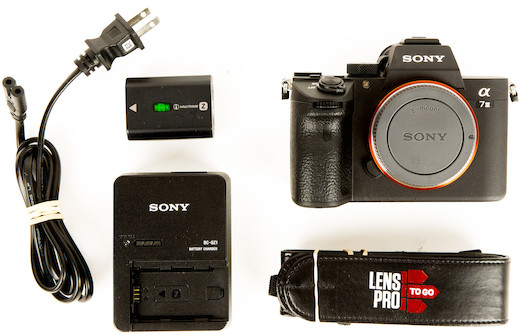 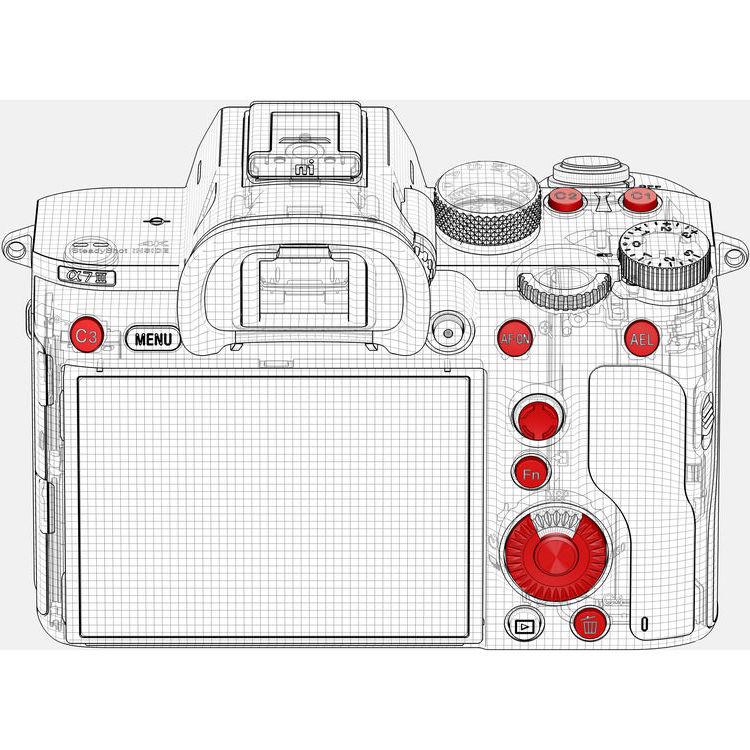 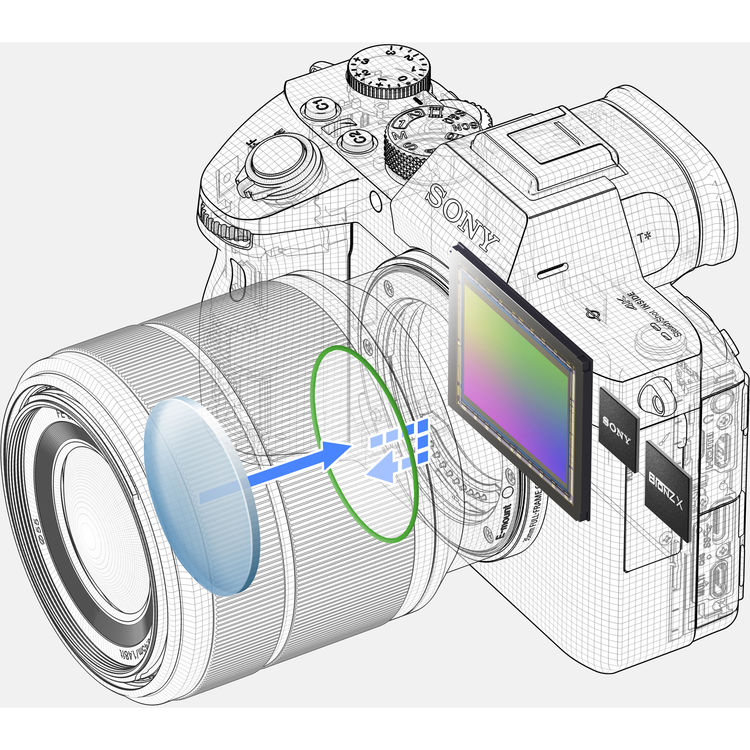 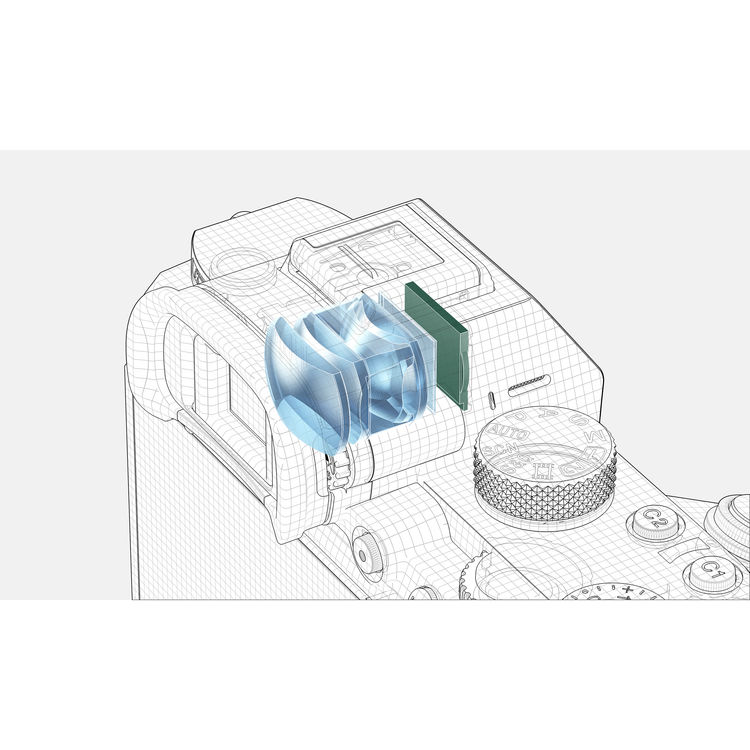 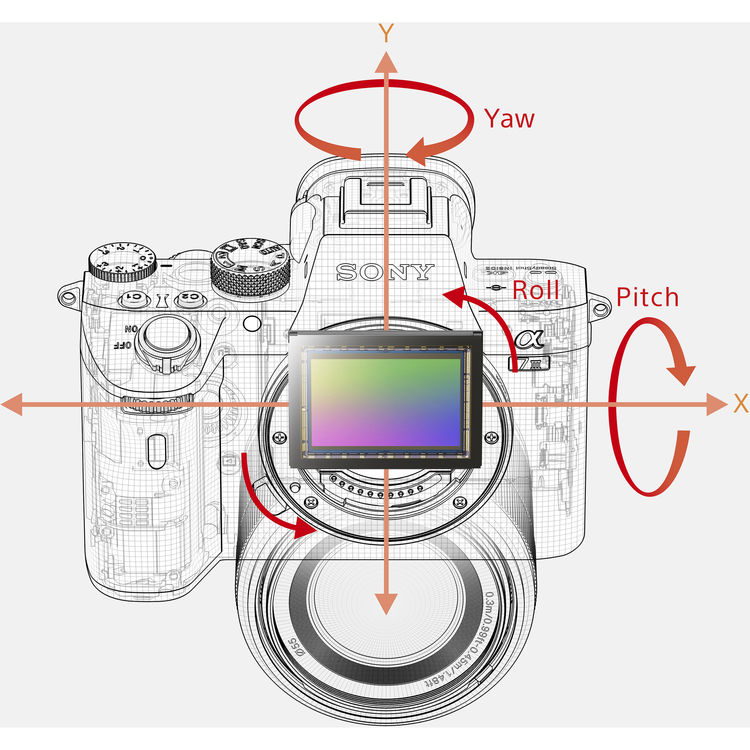 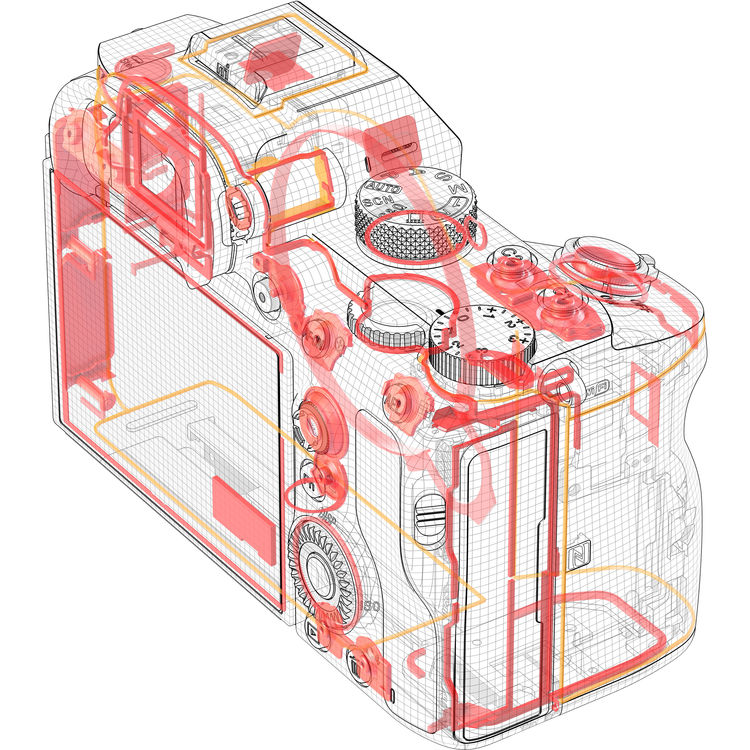 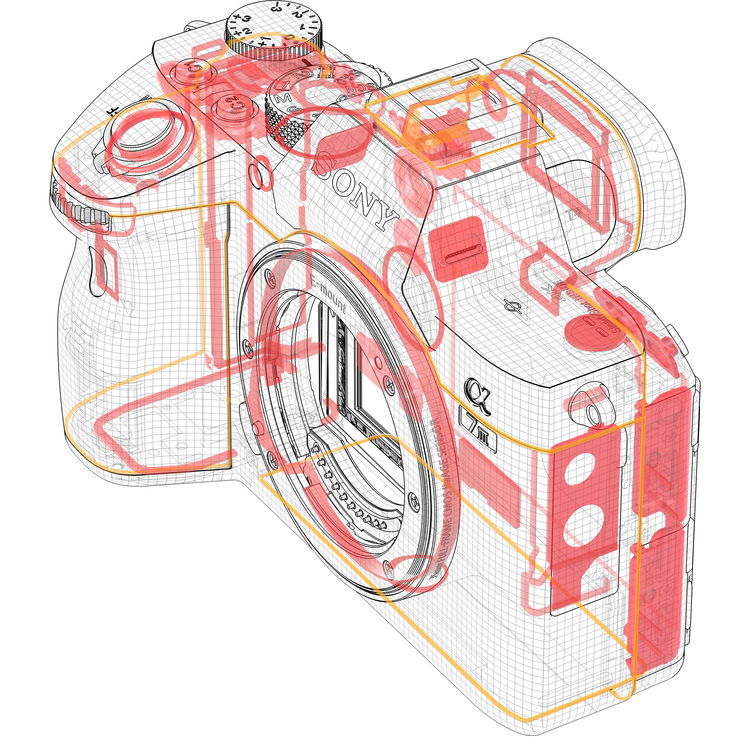