The Sony Alpha a7 IV is a high-resolution, full-frame hybrid mirrorless camera and an update to the a7 III. It incorporates many advanced features first found in the higher-end a1. Key features include:

What’s Changed? The Sony Alpha a7 IV offers several improvements over its predecessor, the a7 III, including several features that debuted on the higher-end a1. It boasts a redesigned sensor, a faster processor, improved autofocus performance, the S-Cinetone picture profile first featured in Sony’s Cinema Line cameras, a new Still/Movie/S&Q dial that lets you quickly switch among recording modes, a higher-resolution EVF, and more connectivity options for improved workflow.

33MP Exmor R BSI CMOS Sensor and BIONZ XR Image Processor. The Sony Alpha a7 IV’s 33MP back-illuminated full-frame sensor works in tandem with the BIONZ XR processor to deliver incredibly fast performance, excellent image quality, and great low-light performance. You get 14-bit RAW stills with a native sensitivity range of ISO 100-51200, which can be expanded to ISO 50-204800. You also get internal UHD 4K video capture using the sensor’s full width. This combination of sensor and processor enables the a7 IV to keep up with fast-paced shooting applications. You can shoot up to 10 fps at full resolution with full autofocus for up to 828 consecutive frames in either mechanical or electronic shutter mode.

UHD 4K Video Capture. The a7 IV can capture UHD 4K 60p 10-bit 4:2:2 video in Super 35 mode with full pixel readout to ensure that there’s no binning. It can also capture UHD 4K 30p XAVC HS 10-bit using the sensor’s full width, with 7K oversampling for maximum detail, richness, and realism, and you get a range of Full HD 1080p recording options.

Customizable Color and Gamma Controls. The a7 IV includes the S-Cinetone color matrix that was previously seen in Sony’s Cinema Line cameras like the VENICE and FX6. You can use the S-Cinetone color profile to produce healthy-looking, accurate skin tones; beautiful, well-controlled highlights; and soft, distinct colors. The a7 IV also offers extensive customizable color and gamma controls, letting you adjust the gamma, black level, color level, and more. You also get S-Log3, which will give you a 15+ stop dynamic range with greater control over grading in the shadow to mid-tone areas of your image. Finally, the a7 IV supports Hybrid-Log Gamma to give you a broader color gamut.

Improved Hybrid Autofocus System. This Fast Hybrid AF system, which is carried over from the Alpha 1, covers 92% of the image area, using 759 phase-detection points and 425 contrast-detection areas for fast, accurate focusing in a broad range of lighting conditions with sensitivity down to -6 EV. You can use autofocus in all recording modes, and it greatly benefits video and still-shooting applications.

Additional Autofocus Features. The Real-Time Eye AF feature is designed for maximum sharpness when shooting portraits, and it works on humans and animals alike. You have control over how quickly and smoothly focus shifts from subject to subject for even greater fine tuning. Focus Map gives you a colorful overlay of your shot that lets you know which subjects are in front of and behind the focus point based on the aperture you selected, while the Focus Breathing feature automatically smooths transitions when changing the focus position during a shot. Finally, AF Assist lets you easily switch to manual focus control for fine tuning.

Five-Axis SteadyShot INSIDE Image Stabilization. Borrowed from the previous Alpha-series cameras, the SteadyShot INSIDE image-stabilization system offers up to 5.5 stops of correction onto any lens you mount. This system compensates for five types of camera shake, including angular shake (pitch and yaw), shift shake (X and Y axes), and rotational shake (roll). All five stabilization axes are constantly engaged, even when you’re using third-party lenses, adapters, or lenses with their own built-in image stabilization. A new Active Image Stabilization mode uses the BIONZ XR engine’s real-time processing for optimum compensation in every format, including 4K. This mode is dedicated to handheld movie shooting.

High-Res Electronic Viewfinder and LCD. The improved QVGA OLED EVF boasts 3.68m-dot resolution, 100% coverage, and 0.78x magnification to give you a bright, clear view of what the sensor sees. The tilting 3.0-inch 1.03m-dot rear vari-angle touchscreen LCD can also be used for image composition and review when shooting at arm’s length, in addition to offering intuitive shooting and autofocus control, and menu navigation.

Other Notable Features. There’s a hot-shoe external-flash connection, an advanced metering system, a range of Creative Style and Picture Effect modes, and built-in Wi-Fi and Bluetooth capabilities for wireless image sharing and camera control. The dual memory-card slots both accept CFexpress Type A and SD memory cards, and the camera uses the rechargeable NP-FZ100 battery that’s rated for approximately 520 shots per charge when you’re working with the viewfinder or 580 shots when you’re using the rear LCD. 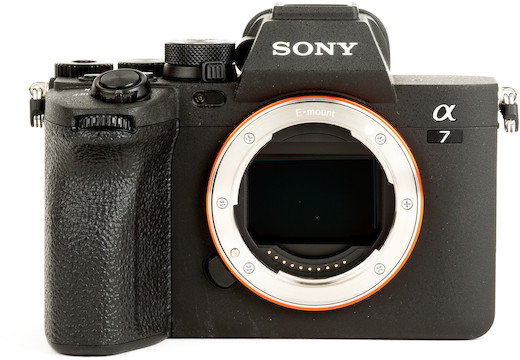 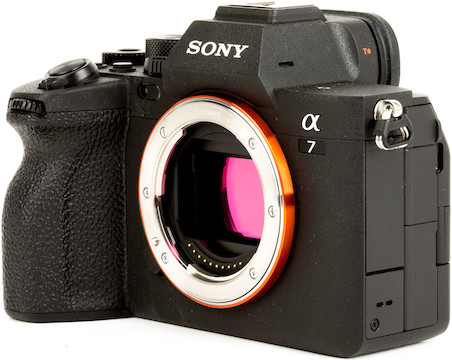 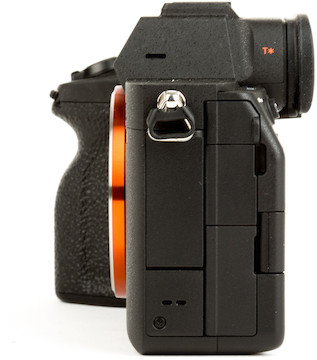 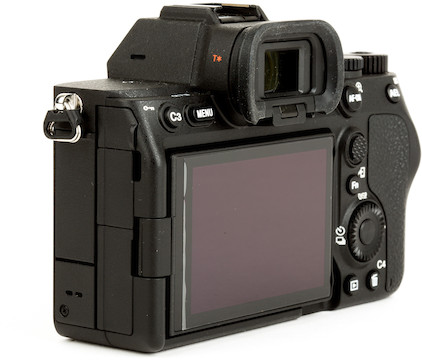 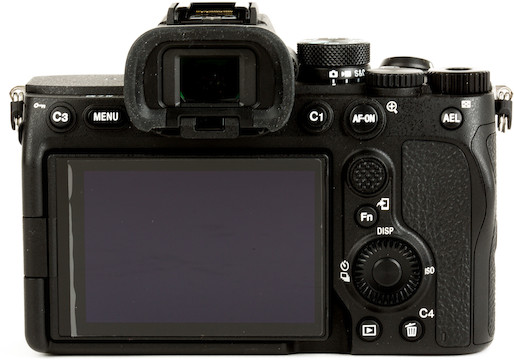 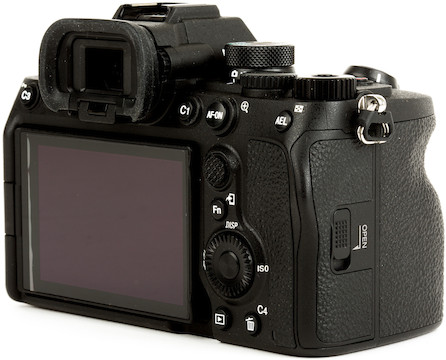 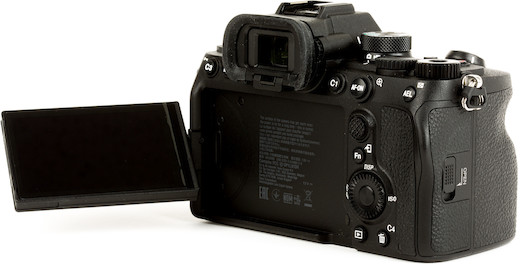 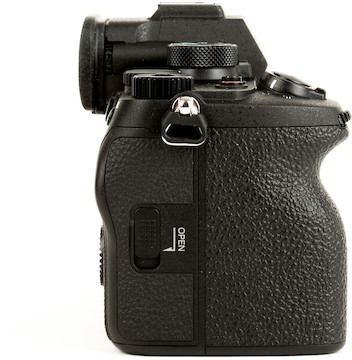 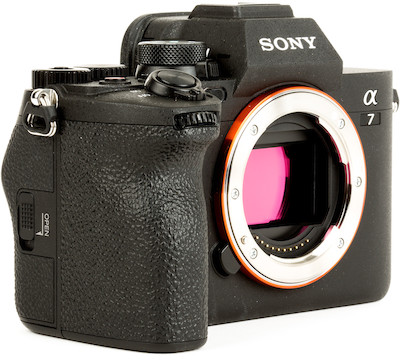 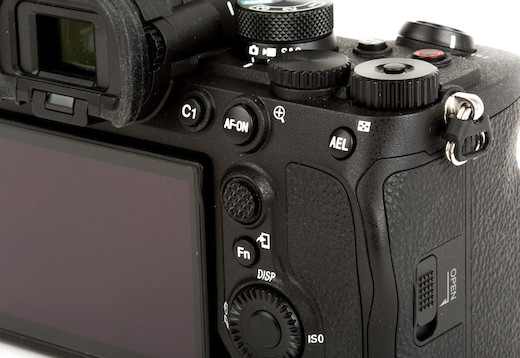 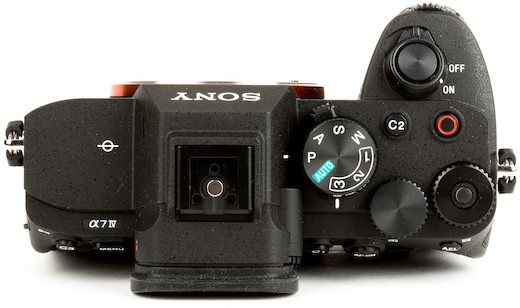 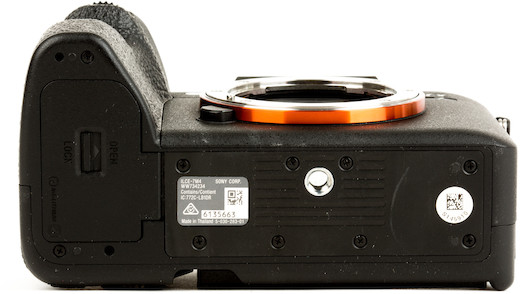 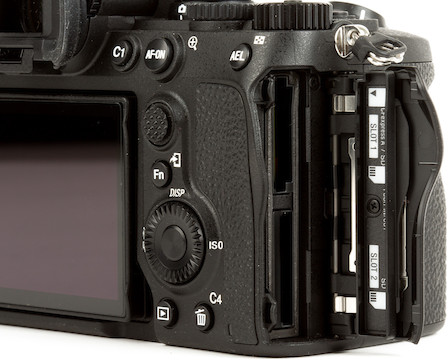