Wider Focal Length and Increased Aperture. By design, the Speed Booster widens the focal length of the mounted lens by 0.71x, which in turn increases the maximum aperture of the lens by one stop.

Aperture Ring. The adapter has its own eight-stop aperture ring for controlling Nikon G-series lenses without their own aperture rings. The ring has half-stop clicks, allowing you to set it to a specific aperture. 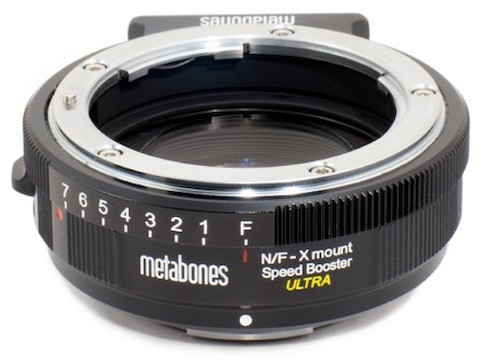