What’s Changed. The Olympus OM-D E-M5 Mark III incorporates a lot of technology previously seen in the higher-end E-M1 Mark II. Compared to the OM-D E-M5 Mark II, you get an improved sensor, image processor, and autofocus system. Additionally, E-M5 Mark III’s vibration-reduction system can reduce shake by up to 5.5 stops on its own and 6.5 stops with a compatible lens, both of which are a half-step better than on its predecessor.

20.4MP Live MOS Sensor. This camera offers continuous RAW shooting at 30 fps when working with the silent shutter and single-shot autofocus, and up to 10 fps using continuous autofocus. With the mechanical shutter, you can reach up to 10 fps with single-shot AF. If you’re shooting JPEGs, you can shoot sequentially until your memory card is full. The TruePic VIII image processor allows ISO ranges all the way up to 25,600.

Five-Axis Sensor-Shift Image Stabilization. This image stabilization system works on five axes to minimize the appearance of camera shake when you’re shooting hand-held, telephoto shots, macro imagery, and long exposures. It offers up to 5.5 stops of correction with any lens and up to 6.5 stops of correction when you’re using a compatible lens, both of which are half-step improvements over the Mark II’s performance.

Phase-Detection Autofocus. The lightning-quick, highly accurate autofocus system combines 121 on-chip contrast-detection points and 121 phase-detection points. The 121 phase-detection points are cross-type more precise tracking in poorly lit conditions and better subject tracking capabilities. There’s a variety of focusing modes, each of which is intended to suit different shooting conditions. You can set Custom AF targets for using specific focus points within the 121-point grid, while the AF Limiter lets you restrict the focusing distance within a certain range for even faster performance.

Shooting Modes. In High Res Shot mode, this camera uses its image-stabilization system to essentially shoot eight images over the span of one second and then composites these images into a single 50MP image. Live Composite mode is a long-exposure mode that lets you gradually build up an exposure over time, making it great for photographing moving light sources. You can use Live Bulb and Live Time modes for creative long-exposure shooting. Live Bulb mode lets you hold the shutter open for one minute, while Live Time mode lets you press the shutter button once to open the shutter and then press it again within a minute to end the exposure. Pro Capture mode is basically a buffering system for stills. With a half-press of the shutter button, the EM1 III starts taking full-resolution JPEGs or RAW images. A full button press saves the current image and the previous thirty-five frames.

Viewing Methods. The E-M5 III’s 2,360k-dot electronic viewfinder gives you 0.67x magnification with 100% coverage, while the fully articulating 3.0-inch, 1.04m-dot touchscreen rear LCD is great for shooting from a tripod or at arm’s length.

Build and Ergonomics. The E-M5 III is markedly smaller and lighter than its predecessor, and its IPX1-rated, weather-sealed, dust-proof, splash-proof, and freeze-proof body makes it a workhorse for all types of shooting in all manner of conditions. The mode dial has been retooled and the handgrip refined for maximum usability and comfort, while the included accessory flash features a bounceable/rotating head.

Other Notable Features. The built-in Wi-Fi and Bluetooth allow for wireless image transfer and camera control via smartphones and computers when using Olympus’s OI.Share app. There’s a silent electronic shutter mode that enables a 1/32,000 sec. maximum shutter speed when engaged (1/8,000 sec. normally). The camera records images and video to SDHC/XC memory cards, and its single slot supports UHS-II cards. Finally, the compact BLS-50 battery gives you up to 310 shots per charge. 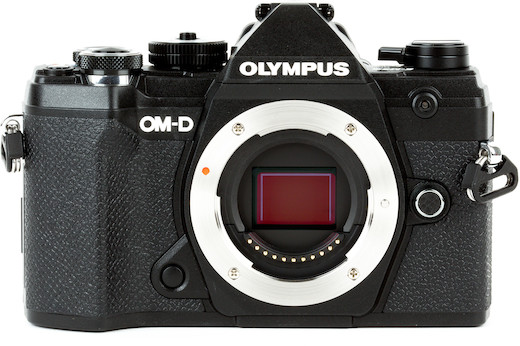 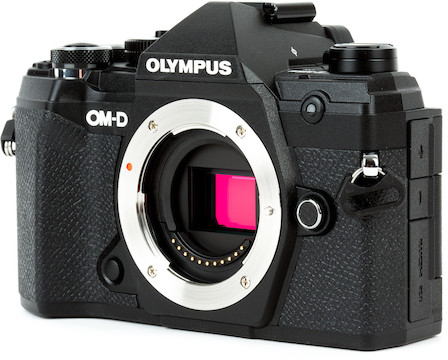 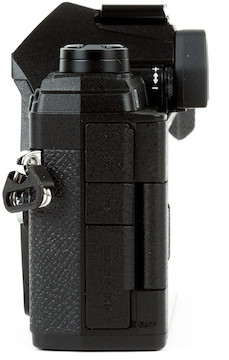 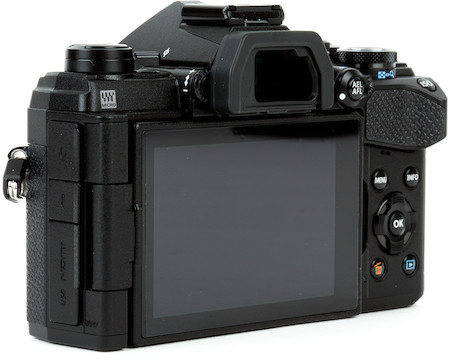 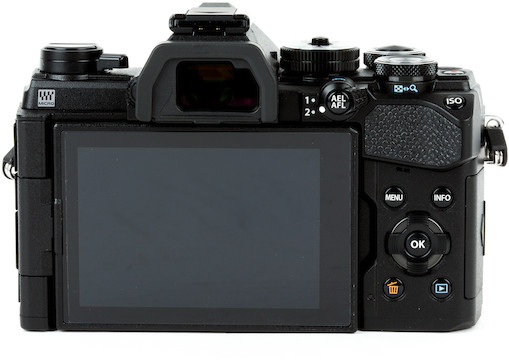 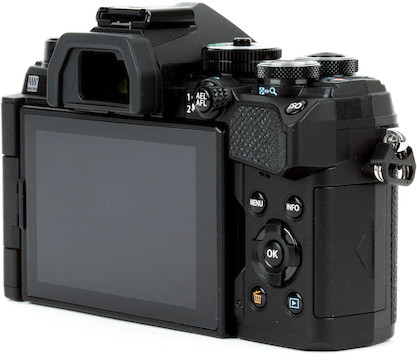 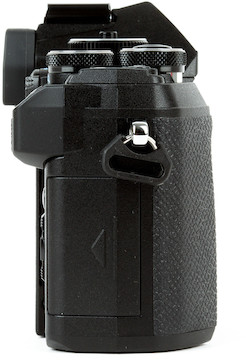 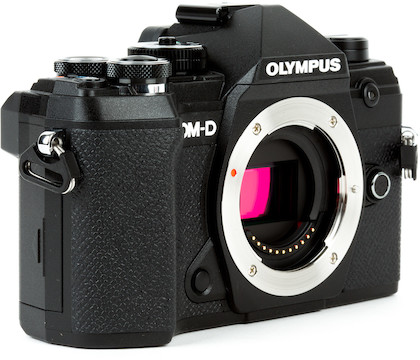 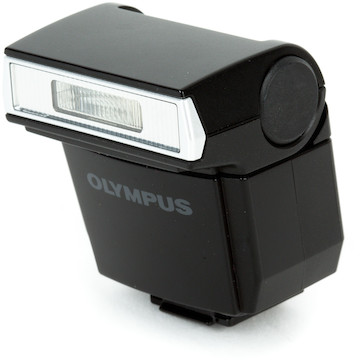 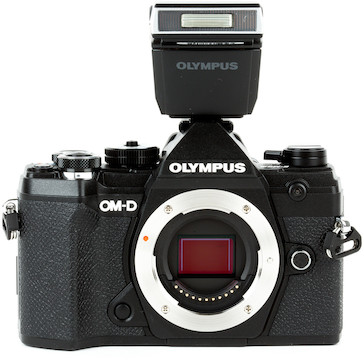