The Panasonic G7 is a full-featured mirrorless enthusiast camera for the Micro 4/3 system. Key features include:

What’s New. As an upgrade to the Panasonic G6, the G7 has an updated 16MP sensor, larger EVF, improved autofocus, and 4K video capture.

16MP Live MOS Sensor. With the updated Venus Engine 9 image processor, this Micro 4/3-sized sensor outputs high-quality images with a normal ISO range of 200-25,600. It shoots a max of 8 fps using the mechanical shutter, or up to 40 fps using the electronic shutter function.

Depth-From-Defocus Autofocus System. The G7’s DFD autofocus system uses contrast detection to acquire focus in conditions down to -4EV. There’s continuous subject-tracking focus for keeping up with moving subjects, and focus peaking to assist with manual focusing in both still and video shooting.

Build. Coming in slightly smaller than the GH4 but larger than the G6, the G7 offers physical exposure dials and six customizable Fn buttons. It has a large, 2.36m-dot OLED electronic viewfinder with 0.7x magnification, and a fully articulating 3-inch 1.04-million dot rear touchscreen LCD for image composition and review. 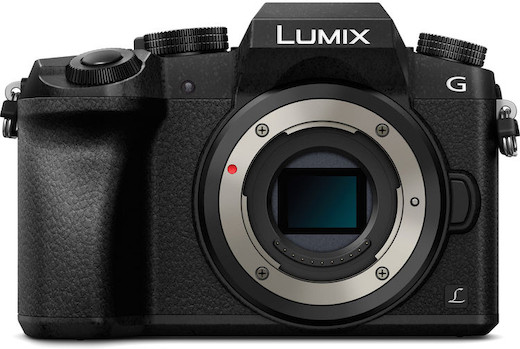 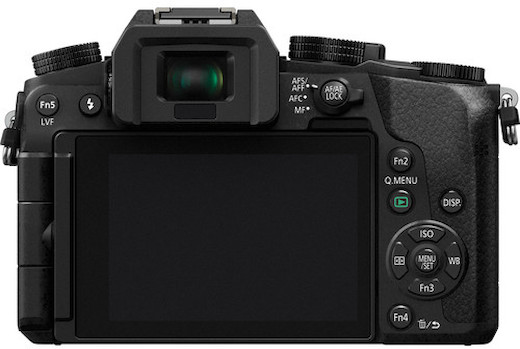