20.3MP Digital Live MOS Sensor and Venus Engine Processor. The Panasonic G9’s 20-megapixel Micro 4/3 sensor works in conjunction with its Venus Engine Image Processor to deliver high-resolution, low-noise images at sensitivities up to ISO 25,600. You also get very fast continuous shooting rates of up to 60 fps with AF-S and 30 fps with AF-C when you’re using the electronic shutter, or up to 12 fps for AF-S and 9 fps for AF-C when you’re using the mechanical shutter.

6K and 4K Photo. The G9 has three shooting modes that use its video-recording capabilities to capture 8MP stills at a 60 or 30 fps shooting rate, or 18MP stills at a 30 fps shooting rate. Burst Mode lets you continuously record, giving you a fast frame rate to find exactly the right moment in a scene. Pre-Burst Mode is great when you’re not sure when you’ll need to press the shutter button. It records images one second before and one second after you press the shutter button, so that you have your pick of 60 frames. Finally, Burst (S/S) Mode lets you play back your video, use the shutter button to select the frame you want, and then save it at 8 or 18MP.

225-Point Depth From Defocus Autofocus System. Depth From Defocus is a fancy way of saying the G9 uses contrast-detection to quickly acquire focus in conditions down to -4EV. There’s subject-tracking continuous focus for keeping up with moving subjects, focus peaking to assist with manual focusing in both still and video shooting, touch-to-focus operation, an AF Point Scope setting that magnifies your subject so that you can confirm focus position, and a custom selectable AF zone.

80MP High-Resolution Mode. This camera’s sensor-shift stabilization system lets you capture and compile eight images into a single 80MP RAW file. This file is far more detailed and color accurate than a standard shot, and can create a 10,368 × 7,776 resolution image.

Build and Design. The camera’s magnesium-alloy body is weather sealed against dust and splashes, and it’s freezeproof to 14°F. The camera records to SDHC/XC memory cards via two UHS-II card slots, fully supporting U3 cards for 4K capture. Depending on the lens you’ve attached, the DMW-BLF19 battery is rated for up to 380 shots when using the rear monitor, or up to 360 shots when using the EVF.

Other Notable Features. The G9’s built-in 5 GHz Wi-Fi connectivity with NFC and Bluetooth 4.2 Low Energy enables wireless transfer of images and remote camera operation via your smartphone or tablet. You also get a range of Photo-Style and Creative-Control Modes to add different effects to your shots, and a Night Mode for automatic EVF and LCD brightness adjustment. Finally, the G9 offers a 1/8,000 second maximum mechanical shutter speed, a 1/32,000 second maximum electronic shutter speed, and a 1/250 second flash sync speed. 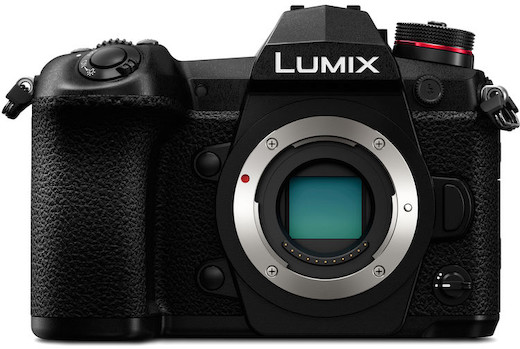 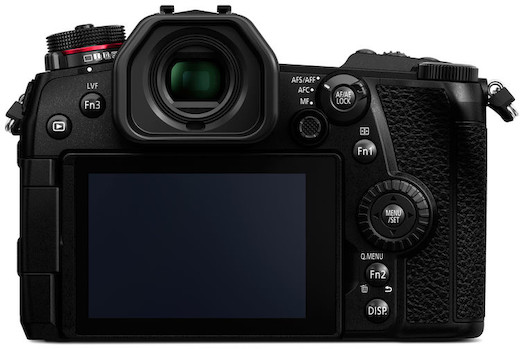 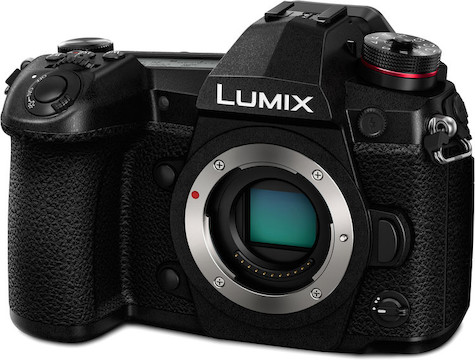 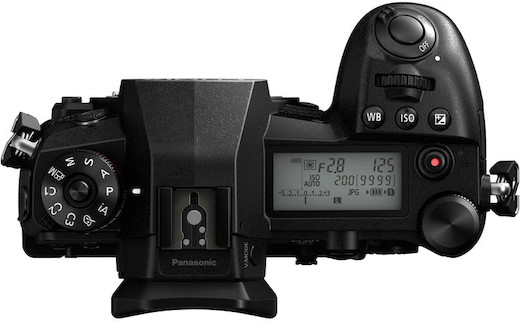