The Panasonic Lumix DC-FZ1000 II is a large-sensor, point-and-shoot bridge camera and an update to the original DMC-FZ1000. Key features include:

Large Sensor. The 20.1MP 1.0-inch high-sensitivity MOS sensor lets you capture high-quality images and video at higher ISOs. The large sensor and image processor come together to provide great high-speed performance, letting you shoot continuously at up to 12 fps with single-shot AF, 30 fps at 8MP in 4K PHOTO modes, and UHD 4K video recording at 30p. Its Level Shot function automatically detects horizontal lines within an image and keeps it level while you’re shooting.

4K Video. Rather than just including video to appease the masses, the FZ1000 II features class-leading 4K QFHD video capture at 30p with a high bit rate of 100Mbps in MP4 format. Additionally, it shoots Full HD 1080 video at 60p, 30p, 24p, or 60i in AVCHD. There’s a built-in stereo zoom mic for capturing in-camera AAC or Dolby audio, and a 3.5mm input for connecting an external mic. Please note that 4K capture requires the use of a UHS Speed Class 3 memory card, such as the SanDisk SDXC 256GB Extreme Pro 170MB/s UHS-1 U3.

4K Photo. The 4K PHOTO modes give you three options for taking 8MP stills at 30 fps: 4K Burst mode lets you continuously record the images for up to 15 minutes, giving you a fast frame rate to capture the best moment; 4K Pre-Burst mode records the images one second before and one second after you press the shutter button, giving you 60 frames to choose from; and 4K Burst mode lets you play back your video, pause it at any moment you choose, and pretty the shutter button to save the selected frame as a still. The 4K PHOTO modes also let you produce stromotion images, which combine sequential exposures into one frame for a dynamic look.

Light-Speed Autofocus. Bridge cameras aren’t typically known for their autofocus performance, but the FZ1000 II has a little help from the company’s flagship GH4. Not only does it use the same image processor as the GH4, but it also inherits the LUMIX DFD (Depth From Defocus) technology. This, in combination with the high speed linear AF motor, provides near-instantaneous focus with extreme accuracy.

Other Notable Features. The FZ1000 II offers two methods to compose and view images: the 0.39-inch 2.36k-dot OLED electronic viewfinder and the 3.0-inch 1.24m-dot free-angle rear touchscreen LCD. Both methods offer 100% framing accuracy and anti-reflective coatings for uninhibited performance in bright lighting conditions. Built-in Wi-Fi and Bluetooth connectivity enable wireless image transfer and remote operation with a smartphone, and there’s a wide variety of Creative Control, Scene, and Photo Style modes for in-camera capture. The included DMW-BLC12PP battery is rated for up to 250 shots per charge, while images and video are recorded to SDHC/XC memory cards. 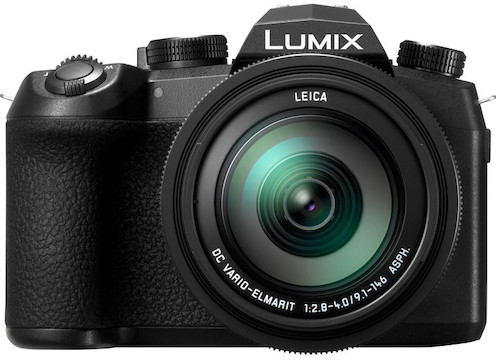 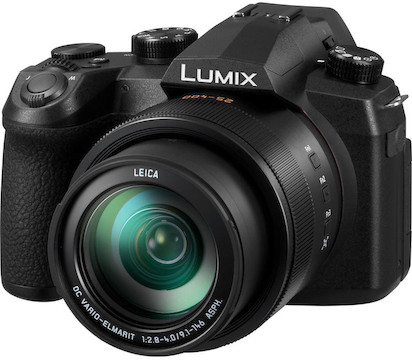 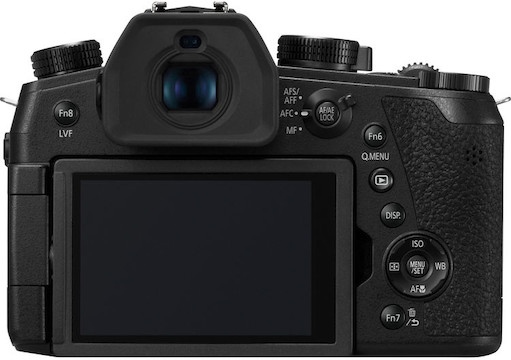 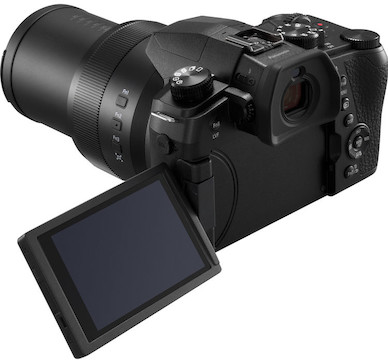 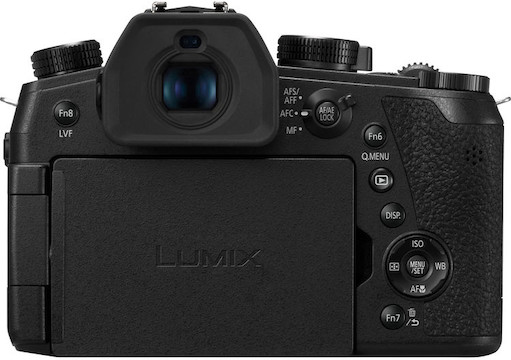 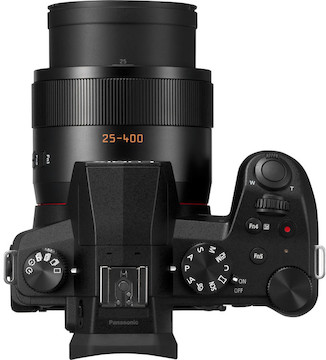 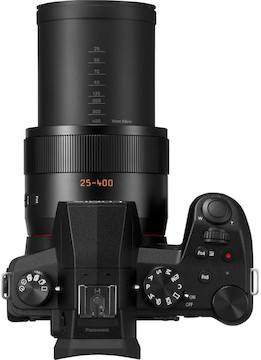 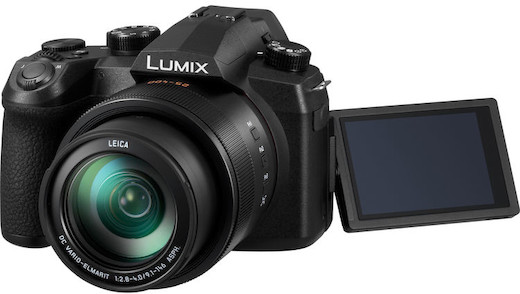 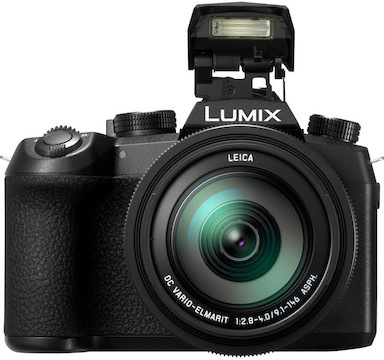 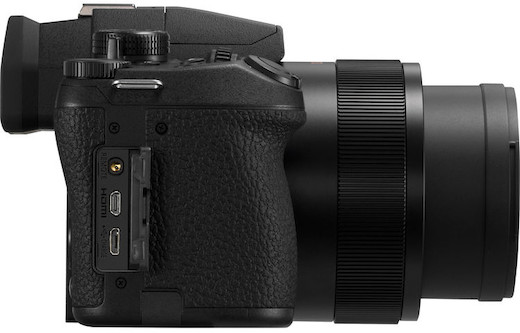 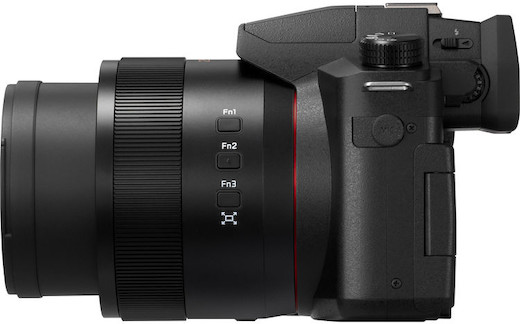