What’s Changed? The RED DSMC2 Touch 7" Ultra-Brite LCD is an update/redesign of the RED DSMC2 Touch 7-inch LCD, and they’ve changed a lot to make it a better fit for off-camera monitoring. The obvious is the 2200 nit LCD panel, but they’ve also swapped video input to the tried-and-true LCD/EVF LEMO cable and removed a built-in mounting solution. You’ll need an accessory arm to get the most out of this monitor rental.

RED Monitoring in Direct Sunlight. With the 6x bump in brightness, you’ll be able to monitor in sunlit locations with ease, and with more brightness comes a slight bump in contrast. The added brightness does raise the black levels slightly, so the standard DSMC2 Touch still has its place in studio shoots.

Compatibility. This monitor is only compatible with DSMC2 brains running firmware version 7.2 or newer. In addition to firmware compatibility, this monitor also uses a RED LEMO LCD/EVF cable for communication with the camera. We include a LEMO A adapter and 18" LCD cable which will work for must setups. If you need a longer cable run, we recommend the Wooden 36-inch male LEMO to male POGO LCD cable. 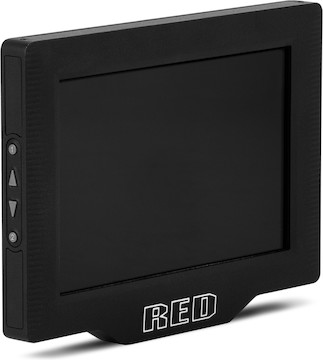 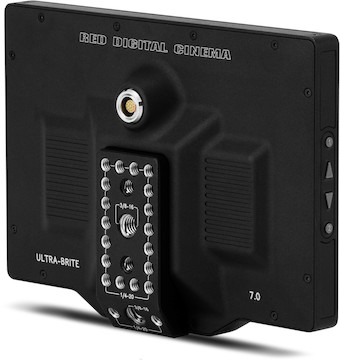