The SlingStudio Hub Production Kit is a package that allows for completely wireless camera switching, recording, and streaming of up to four 1080p 30 fps video signals to YouTube, Facebook Live, and other RTMP streaming services. Key features include:

Four-Camera Wireless Switching. The SlingStudio Hub Production Kit is a package that allows for completely wireless camera switching, streaming, and recording at up to 1080p 60 fps over 802.11ac wifi. The hub can handle two inputs carrying a 1080p 60 fps signal or four inputs at 1080p 30 fps, and up to 10 wireless video devices can be simultaneously connected to the hub for quick swapping of inputs. There are a few options for wired input by way of an HDMI port and 3.5mm audio jack. Switching is done via the SlingStudio Console iPad or Mac OSX app. Cut, wipe, and dissolve transitions are simple but effective, and audio can be mixed and matched from wireless inputs or the line level, two-channel, line-in jack.

YouTube, Facebook Live, Twitch, & Other RTMP Streaming. The Sling Studio Hub can send your live production out to YouTube, Facebook Live, Twitch, Livestream, Ustream, Restream.io, and any other RTMP compatible streaming service at up to 8mbps. Streams can be sent out to these services via the devices built-in wifi or Gigabit ethernet via the included USB-C breakout adapter.

Three-Hour Battery Life. To make this package completely wireless, we include the SlingStudio Hub battery which will power the hub for up to three hours. The battery takes four hours to fully charge, so renting extra batteries or setting up close to AC power should be considerations. The wireless camera link has its own internal battery that will last two hours before needing to be charged or plugged into a 10W USB charger, and charging the CameraLink will also take four long hours.

Smartphones As Video Inputs. One of the cooler features of the SlingStudio is the ability to install the Sling Capture app on your compatible iPhone or Android phone and wireless send video from your mobile device directly into the hub. This lets you expand beyond a one camera livestream without the need for additional CameraLinks and expensive cameras.

Smooth Post-Production Workflow. The SlingStudio has multiple options for recording the video being streamed. Footage can be stored on SD cards or USB 3.0 storage drives in a manageable H.264 4:2:0 codec at up to 30Mbps. The hub can simultaneously record four inputs, a quad view, program out, and line-in audio, and what’s even more impressive, is the ability to pull this recording into Adobe Premiere Pro CC or Final Cut Pro and have all of your tracks neatly aligned and complete with transitions made during the stream. 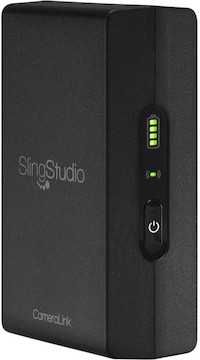 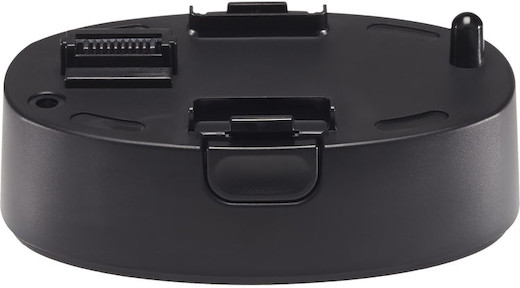