61MP Exmor R BSI CMOS Sensor and BIONZ XR Image Processor. The Sony Alpha a7R V’s 61MP back-illuminated full-frame sensor works in tandem with the BIONZ XR processor to deliver incredibly fast performance, excellent image quality, and great low-light response. You get high-resolution 14-bit RAW 61MP stills with a native sensitivity range of ISO 100-32000, which can be expanded to ISO 50-102400. You also get internal UHD 4K video capture using the sensor’s full width. This combination of sensor and processor enables the a7R V to keep up with fast-paced shooting applications. You can shoot up to 10 fps at full resolution with full autofocus for up to 583 consecutive compressed RAW frames or over 1000 consecutive JPEG frames in mechanical shutter mode.

AI-Based Hybrid Autofocus System. This updated Fast Hybrid autofocus system, which you can use for stills and video, features its own dedicated processor and a host of new features. It incorporates a dense grid of 693 on-sensor phase-detection autofocus points, which covers about 79% of the camera’s full-frame area and 100% of its APS-C cropped area, and provides extremely fast, accurate performance in a range of lighting conditions down to -4 EV.

Autofocus Tracking Features. The a7R V’s autofocus system features a range of AI-based tracking features, many of which are new. Its Real-Time Recognition AF feature works with seven selectable subject types. Its Human mode tracks people by their body and head positions for maximum sharpness when shooting portraits, and the Real-Time Eye AF feature’s performance has been improved by 60%. Its Animal, Bird, and Animal/Bird modes are 40% more accurate for recognizing a variety of animal types—including insects—and pinpointing and tracking their heads and eyes. This system also has dedicated Car/Train and Airplane modes, which can detect and track those subjects with utmost accuracy, even at high speeds.

Autofocus for Video. As previously mentioned, the a7R V differentiates itself from previous Sony cameras by making its subject-recognition capabilities available in video mode. The Real-Time Eye AF feature is designed for maximum sharpness when shooting portraits, and it works on humans and animals alike. You have control over how quickly and smoothly focus shifts from subject to subject for even greater fine tuning. Focus Map gives you a colorful overlay of your shot that lets you know which subjects are in front of and behind the focus point based on the aperture you selected, while the Focus Breathing feature automatically smooths transitions when changing the focus position during a shot. Finally, AF Assist lets you easily switch to manual focus control for fine tuning.

Updated Five-Axis Image-Stabilization System. The a7R V’s image-stabilization system boasts a new gyro sensor for improved communication between the camera body and the lens, and increased processing power to give you up to eight stops of correction on any lens you mount. This system compensates for five types of camera shake, including angular shake (pitch and yaw), shift shake (X and Y axes), and rotational shake (roll). All five stabilization axes are constantly engaged, even when you’re using third-party lenses, adapters, or lenses with their own built-in image stabilization. A video-specific Active IS mode gives you even greater stability for smoother footage direct from the camera, and a new algorithm provides improved performance when paired with select OSS-enabled lenses.

UHD 8K 24p and 4K 60p Video Capture. The a7R V can capture UHD 8K 10-bit video at up to 24p and UHD 4K 10-bit video at up to 60p from a 1.24 cropped portion of its sensor, giving you native 7860 × 4320 footage. It can also capture UHD 4K video in multiple frame rates up to 30 fps from its full sensor width or from oversampled 6.2K footage taken from the APS-C/Super 35 region of the sensor. The a7R V is capable of internal 10-bit 4:2:2 sampling at up to 4K 60p in XAVC HS and XAVC S-I, and it can output 16-bit RAW video via the HDMI A port for improved tonal reproduction and flexibility in post. The camera supports simultaneous RAW output at up to 4K 60p and internal 4K recording.

Customizable Color and Gamma Controls. The a7R V includes the S-Cinetone color matrix that was previously seen in Sony’s Cinema Line cameras like the VENICE and FX6. You can use the S-Cinetone color profile to produce healthy-looking, accurate skin tones; beautiful, well-controlled highlights; and soft, distinct colors. In addition, the a7R V also offers extensive customizable color and gamma controls, letting you adjust the gamma, black level, color level, and more. You also get S-Log3, which will give you a 15+ stop dynamic range with greater control over grading in the shadow to mid-tone areas of your image. Finally, the a7R V supports Hybrid-Log Gamma to give you a broader color gamut.

Pixel Shift Multi-Shooting Mode. The a7R V boasts an improved Pixel-Shift Multi-Shooting mode with two different shooting options. The familiar sixteen-shot mode shoots sixteen images and moves the sensor between each shot in order to capture full color information for every pixel. This reduces noise and softens the image in a fashion similar to demosaicing. A newly developed four-shot mode captures red, green, and blue information for every output pixel location, which provides greater chroma resolution while preventing the softening you typically see when demosaicing Bayer images. There are a couple of downsides to this feature, though. Firstly, the a7R V can’t assemble the final images on its own, so you must use the Sony Imaging software suite to process the sixteen RAW images. Secondly, it takes the camera between one and thirty seconds between each shot, meaning there’s a high chance your subject will move between the first and fourth shot.

High-Res Electronic Viewfinder and LCD. The improved QVGA OLED EVF boasts 9.44m-dot resolution, 100% coverage, and 0.9x magnification to give you a bright, clear view of what the sensor sees. It allows for 120 fps playback for smooth motion rendering. The tilting 3.2-inch 2.1m-dot rear vari-angle touchscreen LCD can also be used for image composition and review when shooting at arm’s length, in addition to offering intuitive shooting and autofocus control, and menu navigation. It uses a DCI-P3 wide gamut for accurate color reproduction.

Other Notable Features. There’s a Multi-Interface Shoe that supports the use of the optical ECM-B1M shotgun mic or the XLR-K3M XLR adapter kit for direct digital audio recording, while a 3.5mm headphone jack and an external mic port give you even greater control over audio recording. There’s a PC-sync terminal for wired flash sync with strobes and wireless radio remotes, and built-in Wi-Fi and Bluetooth capabilities for wireless image sharing and camera control. The dual memory-card slots both accept CFexpress Type A and SD memory cards, and the camera uses the rechargeable NP-FZ100 battery that’s rated for approximately 440 shots or 90 minutes of recording per charge when you’re working with the viewfinder or 530 shots or 100 minutes of recording when you’re using the rear LCD. 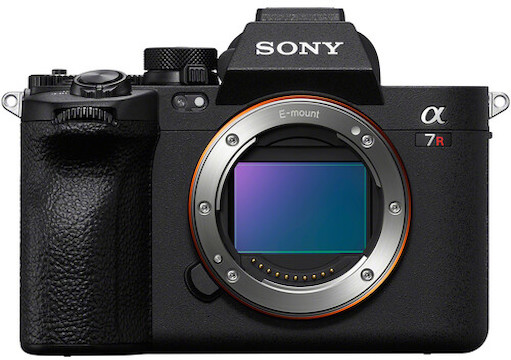 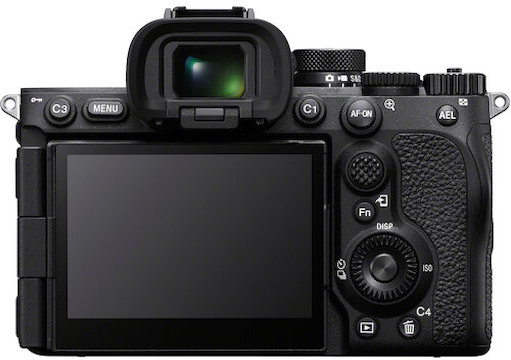 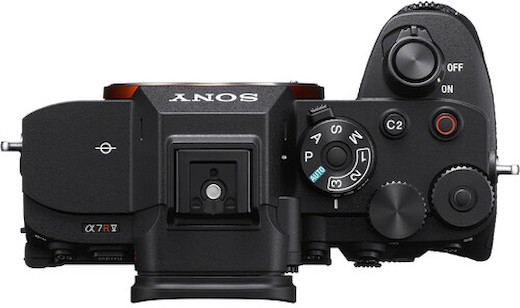 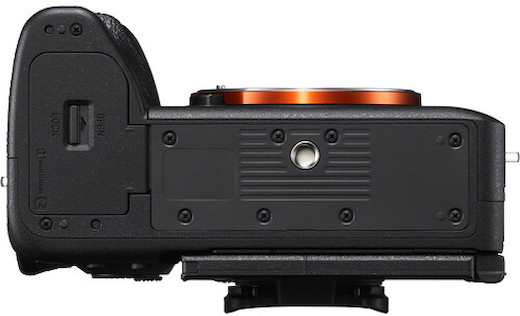 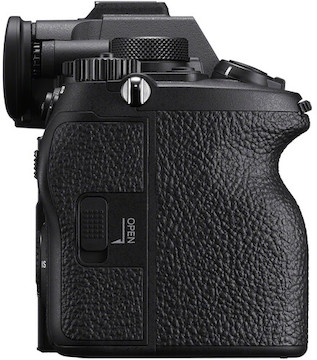 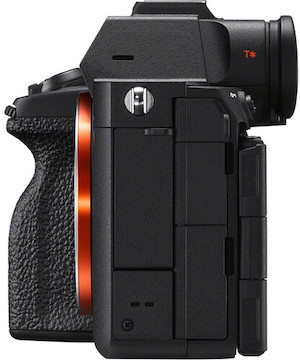 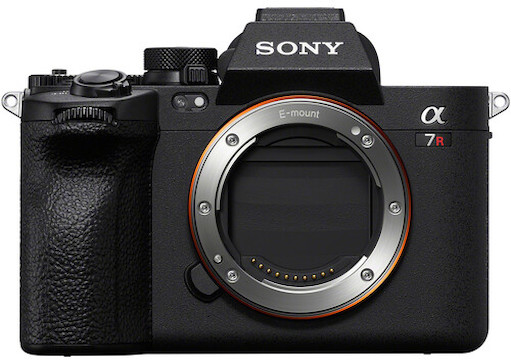 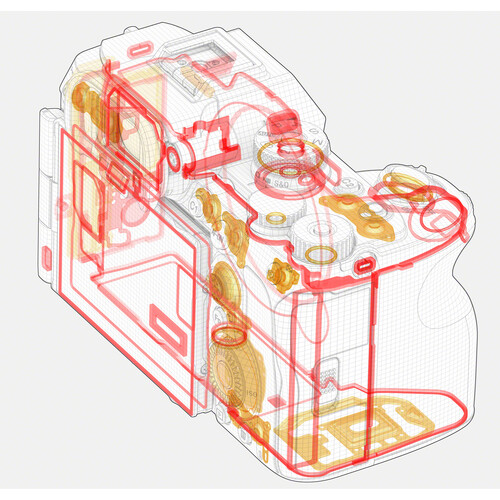 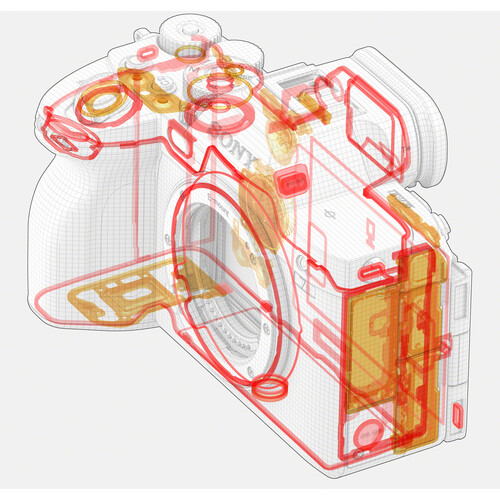 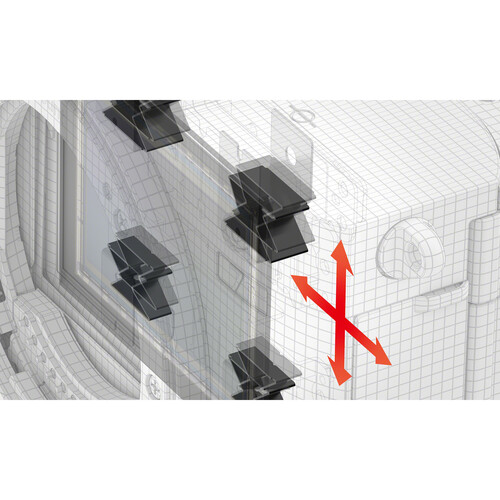 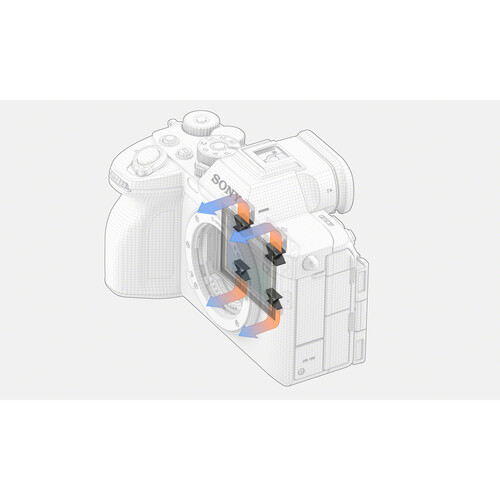 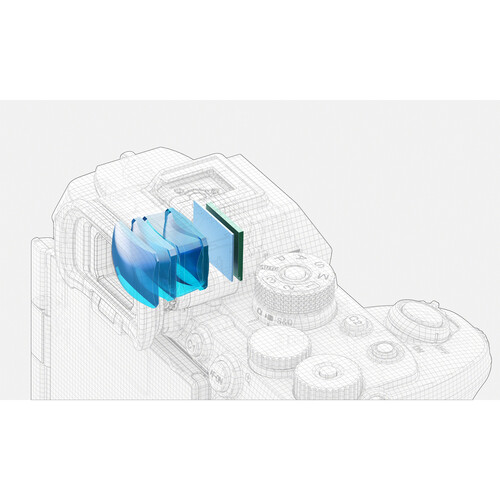 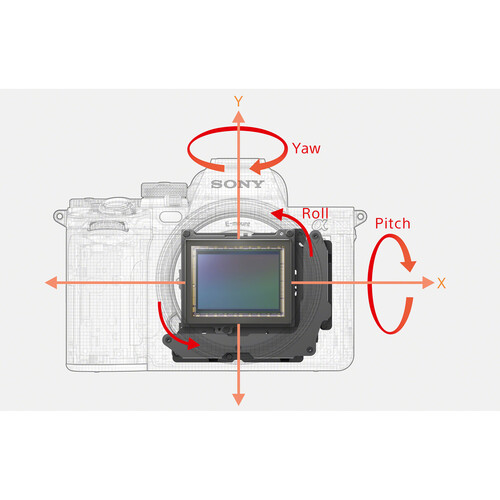