The Sony BC-U2 is a twin charger for XDCAM camcorders that use BP-U30 and BP-U60 lithium-ion batteries. Key features include:

Two Is Better Than One. Have two batteries you need to charge? No problem! The BC-U2 lets you simultaneously charge two Sony BP-U batteries.

Charge Times. You can fully charge one BP-U30 battery in approximately 130 minutes, while a BP-U60 takes about 150 minutes. Please note that these times are for charging one battery at a time. This charger is also compatible with the Sony BP-U60T, Sony BP-U70 Battery, Sony BP-U90, and Hawk-Woods BP-98UX BP-U Series batteries.

This charger works with: 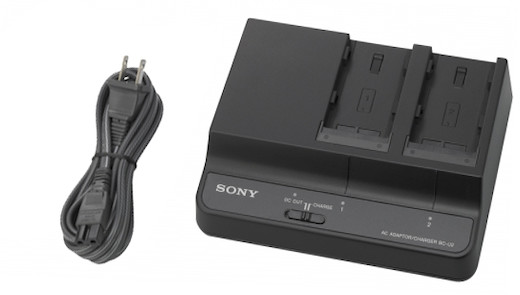