Improved 1080p & 4K Streaming. Comparisons to the last generation Teradek Bolt 500 XT and 1000 XT have shown much improved image quality even when just using the Bolt 4K LT 1500 with 1080p video, but the star of the show is definitely the 4K streaming at up to 30p.

1:1 Kit That’s Expandable. This kit includes one transmitter and one receiver; however, Bolt 4K transmitters can multicast video to up to six Bolt 4K 750, Bolt 4K 1500, and Bolt Max receivers simultaneously. Need to send your video signal to more than one place? We also rent add-on receivers.

V-Mount, D-Tap, & AC Power. Each kit will include one d-tap to 2-pin Lemo cable for powering the transmitter, one AC adapter for powering the receiver, and a pair of pass-through V-Mount battery plates for the Rx. Please note, this rental does not include batteries but they are available here as separate rental items. 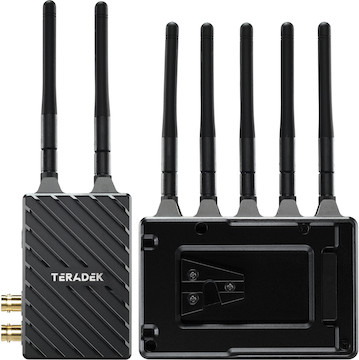 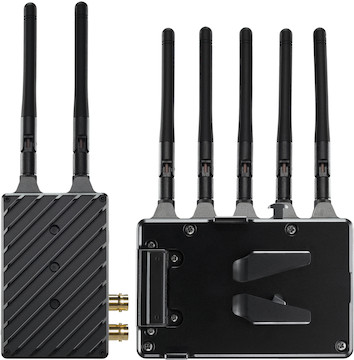