The Wooden LCD/EVF 36-inch for DSMC/DSMC2 Brains is a 3-foot extension cable for compatible DSMC and DSMC2 brains and accessories. Key features include:

Convenient LCD Offset. This 3-foot extension cable for RED DSMC and DSMC2 cameras and accessories using the 16-pin 1B LCD/EVF connection gives you the freedom to mount your monitor away from the camera for gimbal work or remote viewing.

DSMC2 Compatibility. While this is not compatible with any of RED’s second generation cable-less accessories, it is a great option for the DSMC2 Ultra-Brite 7-inch Touch LCD or the DSMC2 OLED EVF. Please note, this cable requires a 16-pin connection from the camera. If you are renting a DSMC2 brain from us, a compatible LEMO A adapter is already included. 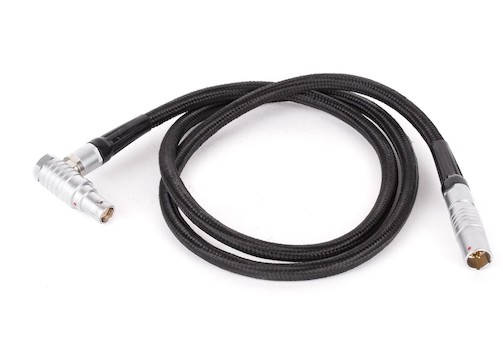