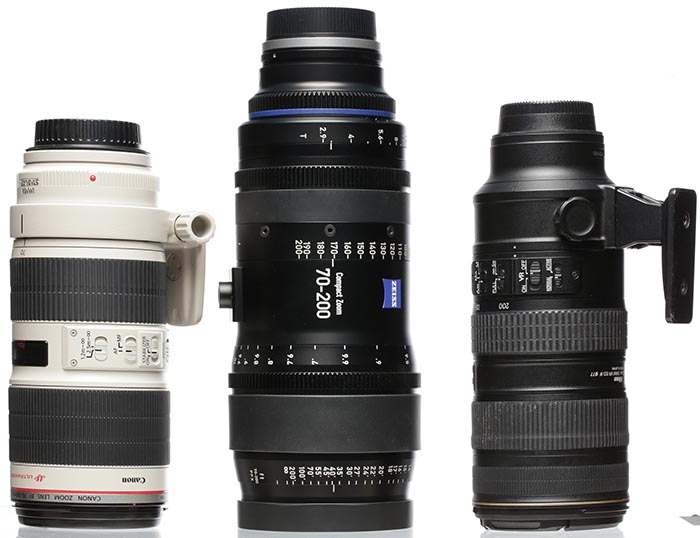 One of these things is not like the others.

The Zeiss is a bit pricier than the others lenses in this range, and a bit larger. But you get twice as many aperture blades for your money. Not to mention it has significantly more light transmission. Don’t you wish photo lens makers had to use actual transmission (T) instead of theoretical calculations (f)? Looking at the table you kind of see why the camera makers might rather not.

Ok, enough of the silliness. The Zeiss lens is clearly an entirely different beast and while we can mount it to our SLRs that’s not what it’s designed for. That extra money and weight go into making it a true cinema lens with long, smooth focus and zoom gearing. It’s also really parfocal, meaning if you focus on something at 70mm and zoom out to 200mm the object is still in focus. None of the photo lenses are (although budget minded cinematographers desperately want them to be).

Just a Little Bit of Handling

I could go on for some time about how accurately it focuses (it does), how smoothly it zooms (totally true) or how it’s not too heavy to hand hold for a while (a complete lie – it weighs almost as much as a Canon 500 f/4 IS II). This is a lens designed from the ground up to be mounted to a set of rails and focused with a geared follow focus system. It’s perfect for that and built as solidly as any cinema lens we carry.

Cinema lenses, as a rule, are designed differently than photo lenses. Photo lenses are about rapid autofocus, which means rear or inner focusing. That in turn means focus breathing, often to the point of massive changes in focal length when you focus closely. Being parfocal is of little importance for a rapidly autofocusing photo lens. When you zoom from 80 to 150mm if the camera can autofocus in a split second, who cares if it’s still in focus after the move? Not to mention the subject might be moving anyway. Being parfocal is very important for a cinema zoom.

We did a quick parfocal check, comparing it with the Canon 70-200 f/2.8 IS II, which is not parfocal (but actually sort of close to it). We simply set the lenses at 70mm and live view focused on the bush in the center with each lens. 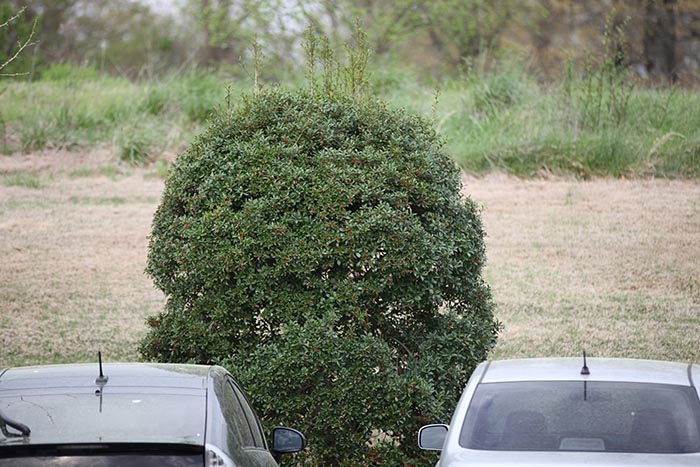 Then zoomed to 200mm and took another image. 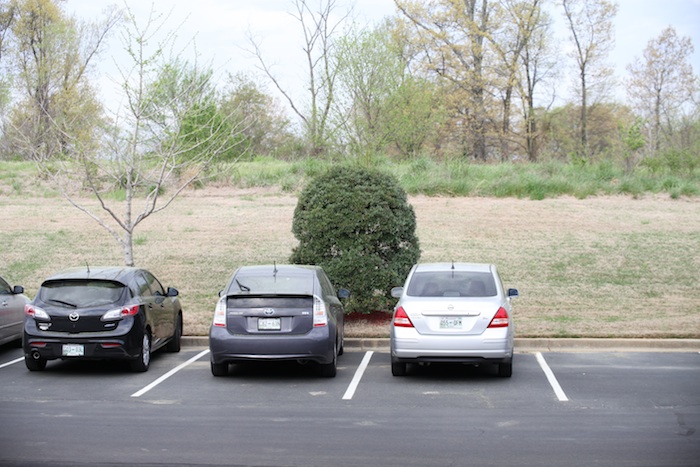 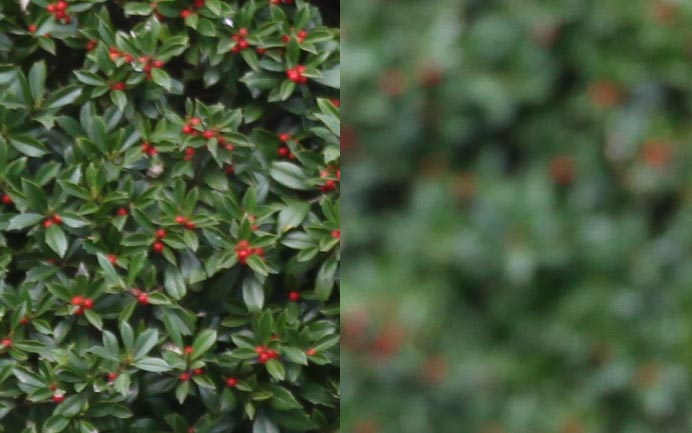 We did a quick check for focus breathing, too. I won’t repeat the Canon lens, it breathes significantly and the focal length changes as you zoom close. The Zeiss 70-200 did not focus breath significantly from far to near focusing.

Yes, I Had to Run the Numbers

Absolute resolution, historically, has been far more important for a photo lens sitting in front of a high-resolution sensor than a video lens. Even 4K video is about 8 megapixels, not nearly as resolution sensitive as a 36 megapixel SLR. So when we’ve tested video lenses for resolution compared to photo lenses they’ve historically not held up well. Resolution isn’t their primary focus.

But we thought we’d see if the Zeiss could hold its own against the best 70-200 f2.8 photo zoom we have, the Canon 70-200 f/2.8 IS II. Because the Canon is actually shooting at T3.4, we tested the Zeiss wide open (T2.9) and also stopped down slightly to T4. I’m not going to clutter up the tables with the T4 numbers – this lens is as sharp wide open as it is stopped down, with the exception that the corners get just a tiny bit better at T4.

These are Imatest MTF50 results using a Canon 5D II test camera showing point sharpness at the center, average over the entire lens, and average of the 4 corners.

Well, as you can see from the table, the Zeiss 70-200 T2.9 takes the idea of video lenses being lower resolution and shows that at the right price point, you really do get it all. At 70mm it’s clearly outresolving the Canon 70-200 f/2.8 IS II. The MTF50 decreases steadily at longer zoom lengths, but even at 200mm it’s still as sharp in the center as the Canon, which is the highest resolving 70-200 zoom we’ve tested. And remember the Canon is working at T3.4 wide open, a half stop slower than the Zeiss.

Let’s keep some perspective – if I were a photographer I wouldn’t be spending this kind of money for a 6-pound 70-200mm zoom because it’s sharper at the wide end. And even shooting 6k video I suspect you’d be hard pressed to detect a huge difference in your footage at 70mm. But now you can have a true cinema lens with long focus and zoom throws, properly geared for follow (and zoom) focus, parfocal and without significant breathing that’s as sharp as any photo lens made.

While $20,000 is sticker shock for my photography colleagues, consider a set of three Cooke Panchro primes covering the same focal length at the same aperture costs $22,000 and doesn’t even approach the Zeiss in resolution. Plus Zeiss lenses don’t tend to spit out focus helicoid collars and require a $600 repair every 3 months like Panchros do.

BTW – I know what you’re thinking. Yes, I do love my job.