First Impressions of the New Sony a9 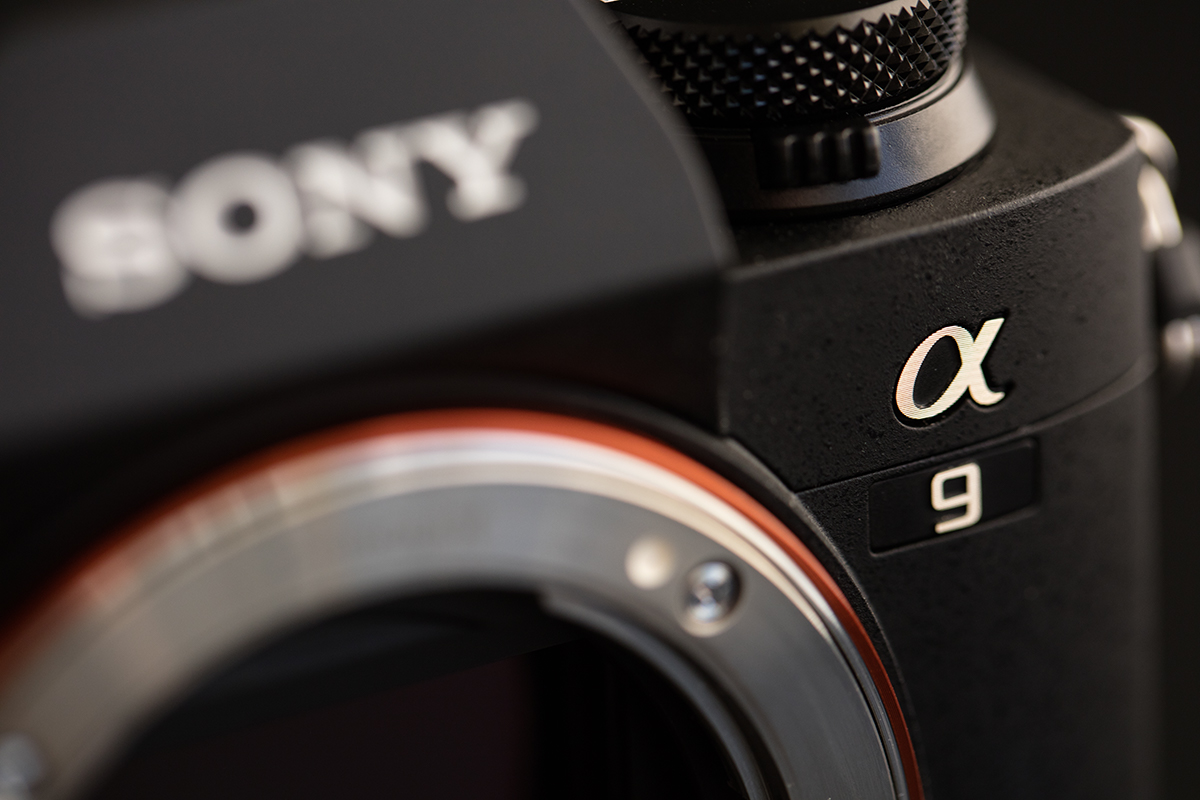 There is no doubt that Sony has changed the game with their camera systems over the last few years – particularly with their mirrorless systems. Last month, Sony unveiled their newest in their pro-level cameras, with the Sony a9 – and we were among the first to be able to get our hands on it and give it a try.

For those who are unaware of the Sony a9, all signs point to it being a competitor to the Canon 1DX Mark II and Nikon D5 markets. With an incredible 20fps, the Sony a9 beats them out in speed, and with the nearly 700 focus points, the Sony could theoretically beat them in that market as well. But since we were able to get an afternoon with the system, it’s important to look at it and see how it actually stacks up. 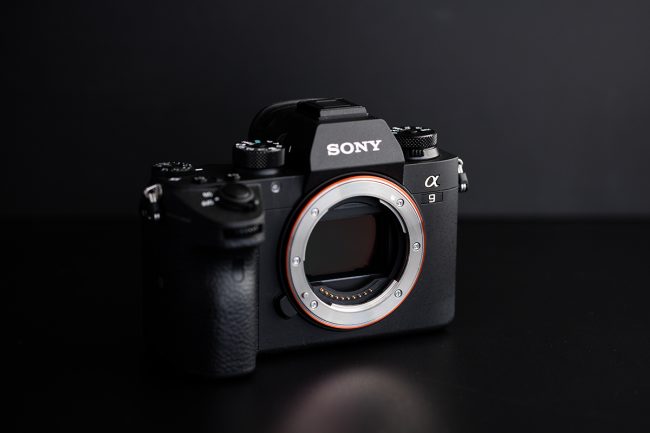 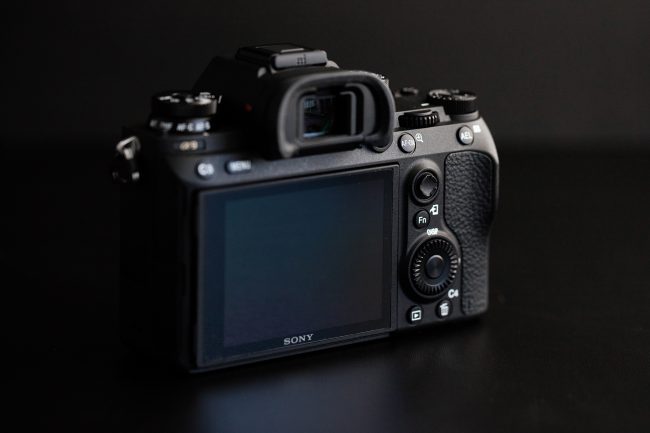 At first glance, it looks like another Sony a7RII. I mean don’t get me wrong, The Sony a7RII is a great camera, Sony packed a whole lot into that small package that cannot be ignored. And before any further reading, if a really high resolution is a requirement, the Sony a7RII, Nikon D810, and Canon 5DS are still the real clear winners. But it’s clear that the Sony a9 isn’t designed to compete with the megapixel monsters listed above – it’s built for speed. 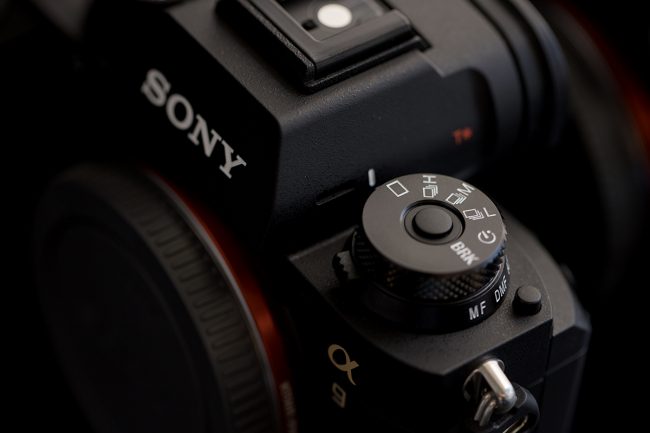 The first Full-Frame Sony Mirrorless cameras felt great in my hands, but accessing controls just wasn’t intuitive. The second generation of Sony Mirrorless Full Frame cameras saw boosted features like 4K video, 5-Axis Inside stabilization, competitive autofocus, but still kind of missed the mark with ease of use in my opinion. But the Sony a9 was a welcome surprise in that regard. The first thing I noticed besides the bigger battery (with twice the capacity of the embarrassingly wimpy NP-FW50s) was the dual memory slots. I’ll talk more on that in a minute, but two is better than one. One slot supports UHSII memory cards to take advantage of the cameras insane speed. The other slot only functions for UHSI cards. This is only a limiting factor when using slot 2 for Overflow. If you use one for Raw and one for jpeg, or one for video and one for stills, there’s no issue at all, and you can enjoy the full capabilities of the Sony a9. But if you were hoping to load both slots with high capacity cards, and shoot the 20fps til your heart’s content, you may run into some problems when it switches from the UHS-II slot to the UHS-I slot. Perhaps the biggest surprise though was the lack of an XQD slot – which is Sandisk’s answer to the now aging CompactFlash format. Though the absence of the XQD slot isn’t a huge disappointment, since the SD UHS-II can easily keep up with the transfer speed of 20fps at 24.2mp, it would have been nice to see them adapt the newest card format to make the eventual transition easier. Anyway, regardless of your preferred memory solution, you should be thinking High Capacity. Trust me; 20fps is addictive, especially when combined with some of the other new features, namely fast, accurate autofocus and tracking. The addition of the Drive and AF Mode layer-cake dials are a game changer. Finally, a more photographer friendly camera from Sony Mirrorless. The Multi-Selector joystick on the rear is a nice touch for quick AF adjustments, and of course, so is the touch sensitive LCD. 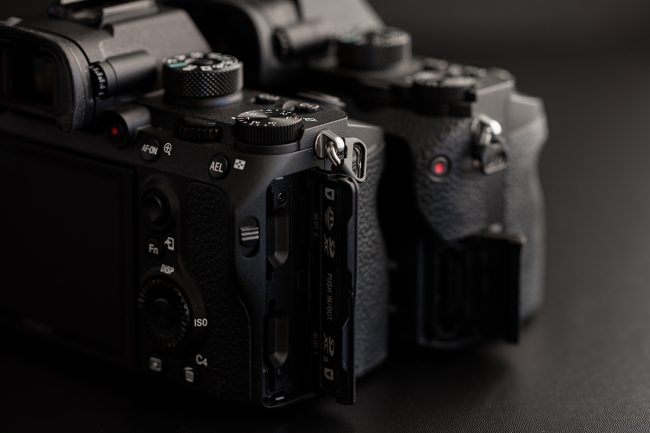 But what’s really better on the new Sony system?… everything else. The 24MP stacked sensor brings in the incredible features of the Sony Cybershot Rx100 and Sony Rx10 cameras make things like super slow mo recording, 4K, and shutter speeds of 1/32000 possible. Like its predecessors, low light is a cinch. 693 phase detection AF points are covering 93% of the image area and 20fps with AF/AE tracking. Not to mention that 20fps shooting is virtually silent. Let all that sink in. Additionally, there is no blackout, not even at 20 frames per second. The Sony A7RII has 399 Phase detection AF points and shoots 5fps continuous for 22 shots, an impressive feat when initially announced. The Canon 5D Mark IV/1DX Mark II have 61 high-density points, with the 1DX having 14fps shooting. The Sony a9, as already mentioned, has 693 focus points and 20 fps shooting – numbers absolutely crushing the previous leaders in the field.

I had a few hours to test the Sony a9. I hit the skatepark with the a9 and the Sony FE 70-200 f/2.8G OSS. I had some other great choices with me thanks to Sony’s increasingly competitive line of FE lenses, but I thought this was the best for checking out that autofocus. I’ve been impressed with the AF tracking of the Canon 5D Mark IV/1DX Mark II. The 1DX Mark II is the obvious competitor here, at 14fps, a sophisticated AF system with top of the line tracking and facial recognition. It’s a beast. Sony a7RII users might scoff at the $4500 price tag, but 1DX II users won’t. It’s built for sports/action photography and its smaller/lighter, cheaper, and faster than Canon’s flagship professional camera. Right off I was able to lock good focus. Using face recognition, tracking, I followed my subjects as they skated their lines at 20fps, recording Raw and jpeg simultaneously…in virtual silence, thanks to a sophisticated electronic shutter. Fast moving subjects tracked effortlessly resulting in tack sharp shot sequences every time. 64GB in each slot was gone pretty fast. It’s just so quiet and easy. Fortunately, I packed more memory. I concentrated harder on my shots using the low continuous and single shot modes. The bright EVF renders accurate color, live exposure preview, and AF activity apparent and easily adjustable with the Multi Selector thumb joystick. Sony showed us they were a contender with stacked features in their mirrorless cameras and their dedication is apparent with updated versions and support for their fleet, but Sony a9 solidifies their place as a leader in sports photography as well. 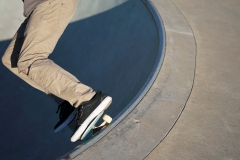 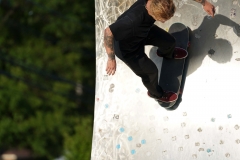 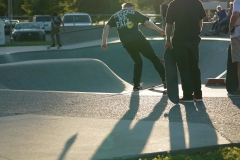 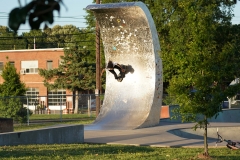 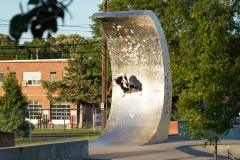 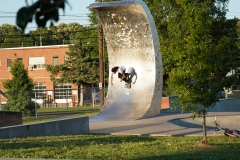 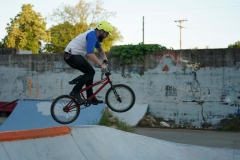 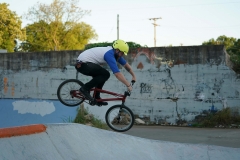 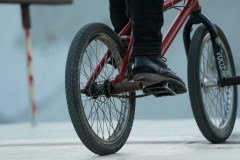 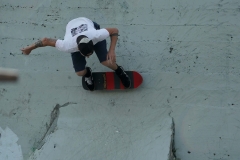 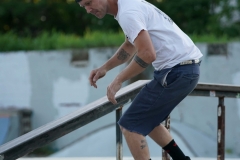 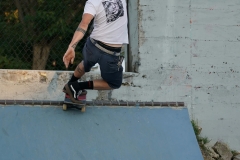 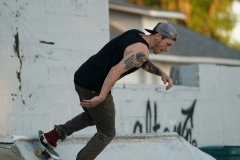 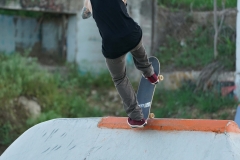 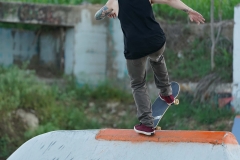 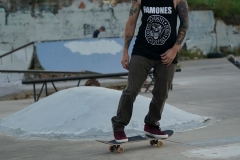 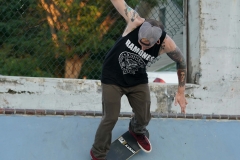 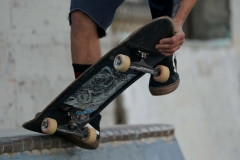 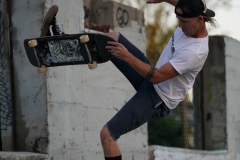 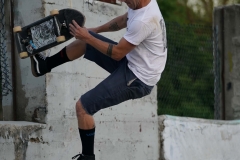 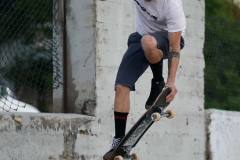 So is the Sony a9 all that it appears to be? In our initial testing, yes. Sony seems to have made a competitor to the top-tier camera systems from Canon and Nikon, at a fraction of the size and cost. Though the typical problems will arise when shooting Sony’s mirrorless systems – such as mediocre battery life (when compared to the Canon 1DX Mark II, and Nikon D5), limited lens options, and third-party options for accessories. That said, if you’re in need of a fast system with a robust build and unparalleled features, the Sony a9 might be your next camera system. I for one, am excited to get more time with the Sony a9 when they become more readily available.