What’s Changed. The RX100 V is like a RX100 IV with a supercharger inside. It uses Sony’s BIONZ X processor with front-end LSI to greatly increase continuous shooting frame and buffer, high frame rate video capture, and even faster continuous focus performance with stills and video. Additionally, it gains a fantastic on-sensor phase-detection autofocus system that offers 315 AF-points that cover 65% of the frame.

20.2MP 1.0-Inch BSI Stacked Sensor. The imaging aspect of the sensor is unchanged from the RX100 IV, using the same 1.0-inch BSI CMOS sensor with integrated DRAM chip. However, Sony’s also crammed the intricate phase-detection autofocus system mentioned above on the chip as well. The new processor adds substantial gains in speed across the board. The camera tops out at 24 fps continuous shooting with autofocus for bursts up to 148 JPG/71 RAW before hitting the buffer wall. The processor also boasts improved high ISO performance.

Advanced Controls. Like the other models in Sony’s RX-series, it offers manual control options for advanced users, as well as iAUTO mode for those who just want to pick up and shoot. There’s a dedicated function button and manual control ring that can be programmed to offer quick adjustments of several different functions, allowing users to forego menu diving. 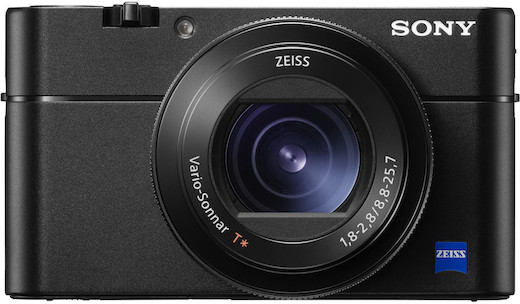 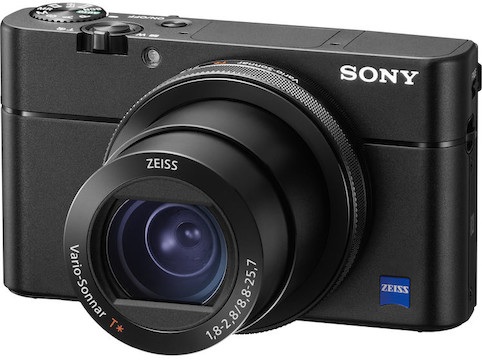 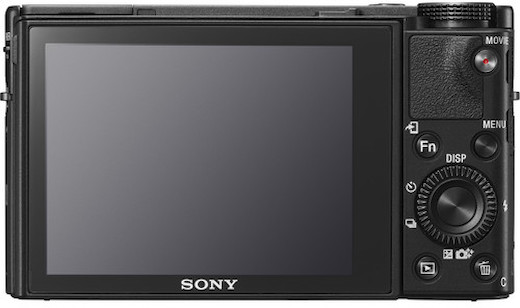 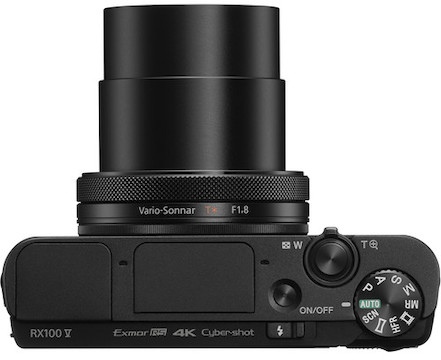 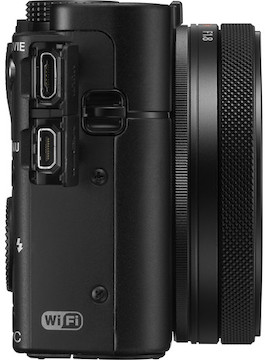