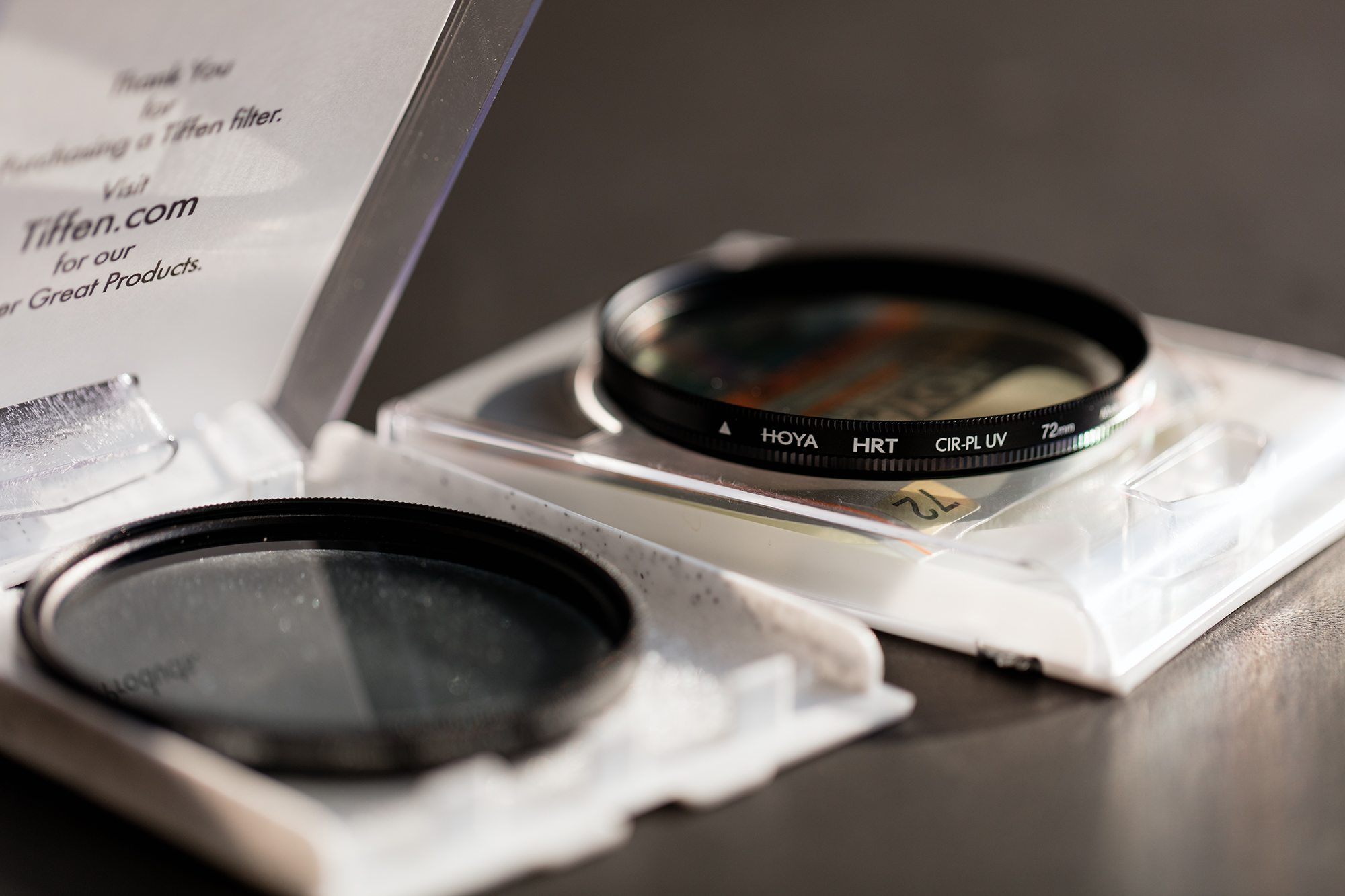 I posted an article about circular polarizing filters recently, letting you see some data I obtained for Lensrentals when they were reviewing which of the polarizing filters were among the best. I concluded that they all polarized light really well. I also said that none of the CPs I tested seemed to cause optical problems at 200mm and under, that some transmitted more light than others, and that you could tell that just by looking at them.

Which brings me to Roger’s First Rule of This Blog.

Rule #1: I am not responsible for what someone else says I said. If I say something wrong, I’ll correct it. If they say I said something I didn’t say to drive some click-bait, THEY said it. Not me.

A bunch of people wanted hardness tests, scratch resistance tests, light scattering tests, torque tests, and a 5-year failure rate. I want a pony to ride on my yacht. Sadly, none of the above is happening.

A whole lot of other people asked me to test something out of the price range I was examining; mainly they wanted to see how inexpensive filters did. That was reasonable, so I bought a couple of inexpensive CP filters and repeated the tests on them. You will need to look at the last article on the $100-$200 range filters to get some perspective before looking at this.

These are the lowest price CP filters I could find. Both are apparently uncoated, other than the CP films. The Hoya states it is a high-transparency filter, like the Marumi and B&W filters we tested previously. 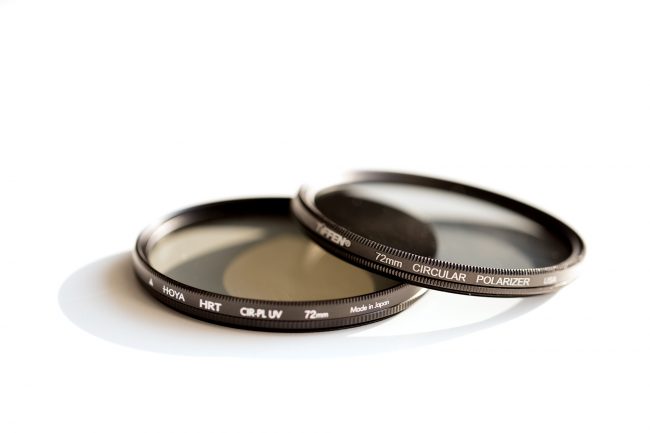 Just like the more expensive filters, these two extinguished at least 99.9% of polarized light, which is the limit of our measuring capability. (Actually, we can measure another decimal point or two, but I refuse to.)

Just like the more expensive filters, the two low price filters caused no distortion of our 5-micron pinhole at 200mm focal length. I have some question as to whether this test is valid for CP filters, but it’s the best I have.

For our ‘better’ filters, light transmission in the nonpolarized position was 88% to 91% for the high-transmission filters; from 55% to 68% for the other filters.

So primarily, the low-end filters transmit significantly less light than the more expensive ones. Since they are uncoated, I would assume that difference is reflection rather than absorption.

Please remember we aren’t doing ‘absolute transmission’ via spectrometry here. We’re simply looking at the relative transmission of various colors of light. The graphs are a bit noisier today because I set the software to average a smaller number of runs by accident. But it’s still sufficient to show you the curves.

The transmission curve of the Hoya is similar to the high-transmission filters we tested last time. It is blocking some violet, as well as UV light and should have a somewhat warm appearance. 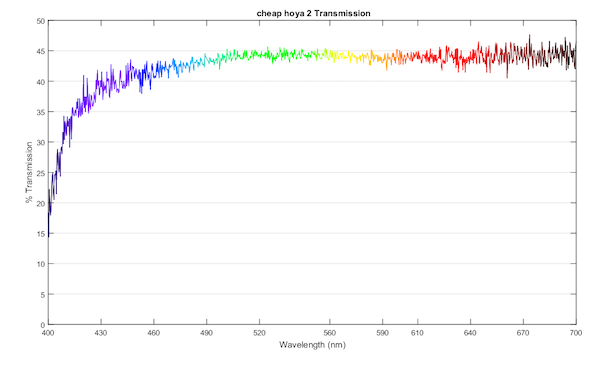 The Tiffen curve is similar to the other lower transmission CP filters, but more accentuated in the red-yellow dip and probably has a cooler colored appearance. 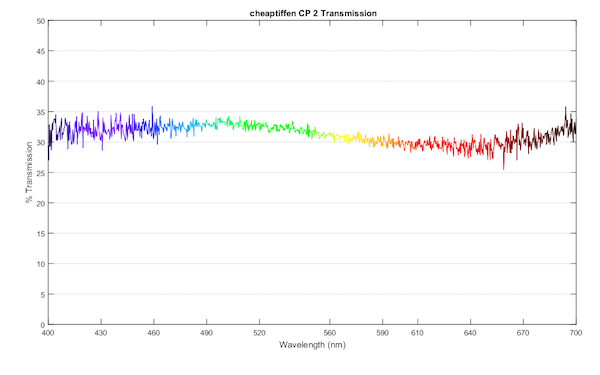 This will conclude my CP testing, I’ve found out what I need to know, I’ve added what seems a reasonable bit of extra information, and I’m pretty much over it now.

But there’s not much question that as far as polarizing light, cheap CP filters do it very well. They also, as you would expect from uncoated or partially coated filters, reflect a LOT more light. This is a significant issue on a clear or UV protection filter. I’m honestly not confident if it’s as big of a deal for a polarizing filter.

There could still be reflections, ghosting, and probably will be a loss of contrast. Whether somewhat is a little or a lot, I don’t know. We could calculate it for a clear filter, but I think polarization would reduce the effects somewhat. I would expect, though, that you’d be more likely to see it in the ‘nonpolarized’ position, and if you don’t need polarization, you can certainly take the filter off.

Tweet
Posted in Equipment
Reviewing the Canon EF-S 35mm f/2.8 Macro IS STM
Four Lighting Techniques to Try on your Next Photo Shoot