The 2022 Guide to Video Batteries 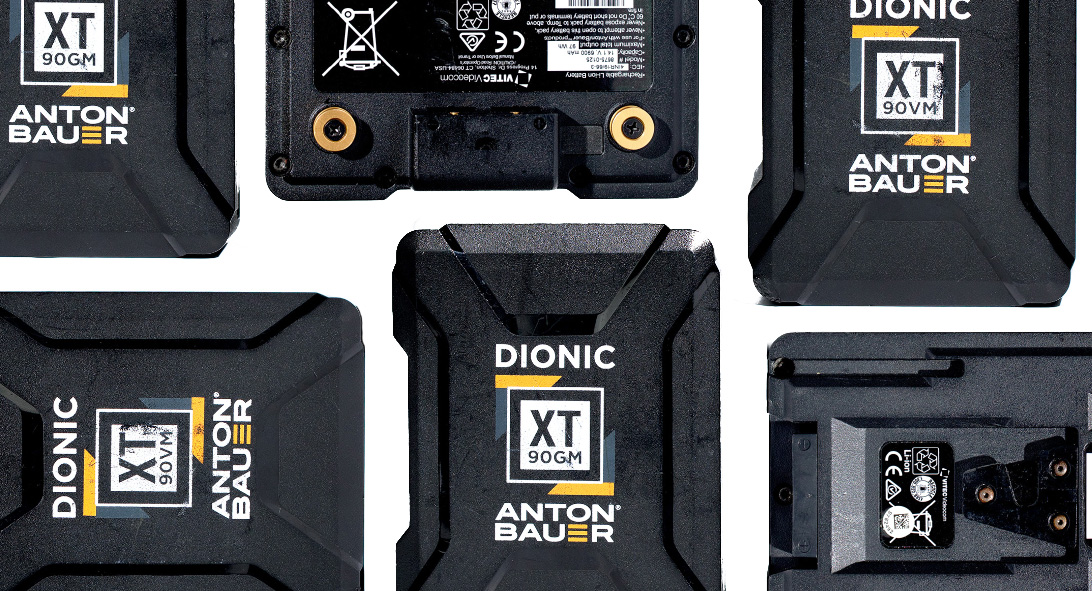 Professional video batteries are a constant source of confusion for our customers. So constant, in fact, that this isn’t the first time we’ve written an article on this topic. First, Erik Morrison wrote a beginner guide in the bygone days of 2011. I then updated that article with some more information and context in 2020. Then the world changed for a little while, and now we’re back with another battery guide!

This might seem like overkill, but, like everything else in the video world, battery options and standards are always changing. Even a lot of what I wrote in 2020 is out of date by now, so I decided to again update that article. There’s no need to read those previous articles if you haven’t yet, as all the relevant information from them is included here. This is just our attempt to better reflect the world of 2022, at least as far as batteries are concerned.

Whatever battery type you choose, you’ll typically find professional video batteries in a few different capacities, measured by watt-hour. Where a watt is a unit of power, that is the rate at which energy is produced or consumed; a watt-hour is a unit of energy that measures the amount of work performed in a specific amount of time. It’s easiest to understand if you think of a light bulb. A 40-watt light bulb draws 40 watts from whatever is powering it. So, a 90-watt-hour capacity battery could power a 40-watt light bulb for 2.25 hours. That same battery could only power a 100-watt bulb for less than an hour.

90 watt-hours is by far the most common capacity for gold and v-mount batteries, but many others are out there, including 75Wh, 150Wh, and 240Wh. The reason you’ll only find 90-100Wh batteries for rent from us, and an important factor to consider if you’re thinking of purchasing a higher-capacity battery, is that the TSA won’t allow commercial passengers to fly with any lithium-ion battery that has over a 100Wh capacity. That goes for both checked and carry-on luggage. According to their website, special permission can be granted for batteries up to 300Wh by going through the airline, but I can only imagine how much of a hassle that is. Since so much of our gear has to fly on planes, both for shipping purposes and for travel to shoots once it arrives to customers, we decided to just stick with a 90Wh max for safety.

Voltage is another factor you’ll need to consider. Smarter people than I have explained this if you care to learn more, but, at a basic level, voltage is analogous to water pressure. It’s a measure of how much work can potentially be done by a circuit. All you really need to know for the purposes of this article is that devices that consume a lot of power have higher voltage requirements. For example, the Litepanels Gemini 2×1, which is the largest LED light we carry, has a 24 V requirement, as do a few of our larger cameras, like the Alexa LF. To accommodate the large power draws of devices like this, we offer dual plate 26 V adapters that work with high-voltage batteries. For more on high voltage requirements, see the B-mount section a little lower down.

One of the main reasons to use a professional battery is that they can power multiple devices at once. In addition to your camera, secondary outputs on these batteries can power servo lenses, follow focus motors, monitors, and just about anything else. These secondary outputs are known as “p-tap” or “d-tap” connections.

First, to get this argument out of the way, the terms “p-tap” and “d-tap” are completely interchangeable. They mean exactly the same thing and neither is more valid than the other. If anyone ever tries to correct you on this, you should politely but firmly ignore them and move on with your life. I’ll be using the term “d-tap” here because that’s what we use on our site.

Since the inputs on the devices you might power using these ports vary pretty much endlessly, the cable you need will likely be a “d-tap to”…something else. D-tap to DC barrel, d-tap to 4-pin XLR, d-tap to 2-pin Lemo, we’ve got them all. It’s important to double-check, though, that the cable you’re getting is the correct one for your device because mix-ups can easily fry your gear. If you have any questions or even a shred of doubt, it’s best to call us to make sure.

Originally developed by Anton Bauer in the 1970s, the gold mount standard has become one of the two leading professional battery systems, the other being v-mount. Gold mount batteries are so-named because of their three distinctive gold pins. These lock into the corresponding mount horizontally, in theory meaning that they’re less likely to be jostled loose from the camera.

In the early 90s, Sony developed the v-mount as an alternative to the gold mount. The two battery systems function basically identically, except v-mount batteries attach to plates vertically. Some operators believe this could make it easier for the battery to come loose from the camera, but it’s difficult to know how common that is. I’ve never personally found it to be an issue.

Because Sony originally developed the v-mount for use with ENG-style cameras, the v-mount remains popular with news and documentary-style camera operators. The gold mount, meanwhile, tends to be more popular in the cinema world, though that’s not a hard rule by any means. The v-mount also tends to be more common in Europe and Asia, with the gold mount being most popular in North America.

We carry a lot of batteries by a handful of different manufacturers, often with pretty minor differences between them. To help narrow down your options, here are a few batteries I can personally recommend:

These are 14.4 V, 99Wh batteries that offer a 12-amp continuous load. They can also reach up to a 20-amp load for two seconds. We offer them individually, as well as in 4-packs and8-packs with included chargers. They come in either gold mount or v-mount, and each battery includes both a d-tap and a USB output port. Overall, these are the batteries I’d go with by default unless I know the device I need to power has a high voltage requirement.

The Titan 90s are nearly identical to the XT90s except that they have a slightly lower continuous amperage (10 amps on the Titon 90 vs. 12 amps on the XT90). As such, they’re a little bit cheaper than the XTs. If you need to save a little money and know that 10 amps will fulfill all your power needs, these are great batteries. They’re offered in the same packs and mount styles as the XT90s. It’s unlikely that you’ll run into any trouble if you’re just powering a single device, but running multiple devices from the same battery with only 10 amps of continuous amperage could possibly be a problem. We’re happy to test any combination of batteries and devices if you give us a call before placing your order.

This is a pretty ingenious little battery. It’s got exactly the same specs as the standard Titon 90, but it’s about half the size. This comes in handy for two reasons. First, it’s a lot less cumbersome to mount the Micros on a smaller camera like the RED Komodo. Second, though, you can also double mount the Micros on a larger cinema camera, allowing you to power the camera for twice as long and hot-swap batteries if you need to.

As you can see in the name there, this (along with compatible plates and chargers) is the battery you’ll want if you need to power devices with high voltage requirements like theAlexa 35 or Litepanels 2×1. We also offer a similar battery and charger from Hawk-Woods. If you don’t need to power a high voltage device, these are more battery than you need, and may not even work with your existing equipment, so make sure to do your homework or give us a call beforehand.

A Note on Anton Bauer

You’ll notice most of my recommendations here are for Anton Bauer batteries. That isn’t to say that they’re the only company out there. We also carry great options from Blueshape, Hawk-Woods, and others. It’s just that Anton Bauer makes up the bulk of our stock, so those are the easiest products to recommend. If you do your research, though, and find that something from Blueshape or Hawk-Woods works better for you, by all means, go with those. We wouldn’t carry them if they didn’t work well.

The b-mount is a new open standard recently developed by Arri. In addition to some connection method improvements, the defining difference with the b-mount is that it’s 24-volt native across the board. While some gold and v-mount batteries and plates can run 24-volt power, support varies depending on the particular battery model. Broadly, 24V in the gold and v-mount worlds is the exception, not the rule. Since many Arri cameras and lights now require 24V power, they introduced the b-mount to make it easier to power all of their devices in the future.

Since this is such a new system, it remains to be seen how widely-adopted the b-mount will be. It’s promising, though, that Arri has decided to make this an open standard, meaning third-party companies won’t have to pay licensing fees to Arri in order to manufacture their own b-mount batteries. Plus, if anyone has a proven record of creating new industry standards, it’s Arri. I’d expect the b-mount to show up on a lot of sets in the next few years. For more information on all of this, check out Arri’s B-Mount Tech Talk.

As far as our stock goes, we definitely will be carrying b-mount batteries, but, as of this writing, we don’t have anything in stock yet. We do, though, have several options available for pre-order from Anton Bauer,Arri, and bebob. Once all of these items arrive, we’ll be sure to put them through their paces.

In any case, block batteries are larger and heavier than v-mount or gold mount batteries. Rather than being connected directly to cameras or lights, they’re meant to be carried around and plugged into devices via cables, often 3 or 4-pin XLR. Since they don’t need to be light enough to mount to a camera, block batteries are usually very high in capacity. The one we carry, for instance, is 630-watt hours, about 7 times the capacity of a typical gold or v-mount battery. Fun fact: while lithium ion block batteries do exist, we only carry nickel-metal hydride (NiMH) ones because the TSA won’t let you fly with a lithium-ion battery over 100Wh. That rule doesn’t apply to NiMH batteries.

For now, the only block battery we carry is the Anton Bauer Cine VCLX (along with itscharger and accessory cables). Soon, though we’re expecting delivery on an update, the Anton Bauer VCLX NM2, which will add a switchable 28V/48V output for powering even larger devices.

For now, I hope this helps clear up some of the mystery around professional video batteries. This field is getting wider and more complicated by the day, and I’m sure this isn’t the last time we’ll need to update this article. In the meantime, though, comment if you have any questions, or give us a call if you need any help putting together your order. We’re always happy to help navigate battery confusion.

My name is Ryan and I am a video tech here at Lensrentals.com. In my free time, I mostly shoot documentary stuff, about food a lot of the time, as an excuse to go eat free food. If you need my qualifications, I have a B.A. in Cinema and Photography from Southern Illinois University in beautiful downtown Carbondale, Illinois.
Tweet
Posted in Equipment
Understanding the ‘Leica Look’
Female-Focused Nexus Looks to Push the Bounds of What to Expect in a Ski Documentary