While this Atomos CFast memory option is no longer available for rent, here’s a link to our current selections.

Ninja Star Compatible. If you’re using the Atomos Ninja Star, this is your most cost-effective option. However, this card isn’t really fast enough to work with other products that record to CFast memory.

80MB/s Write, 200MB/s Read. Despite being a first-generation CFast card, it still offers a respectable speed for recording with the Ninja Star. 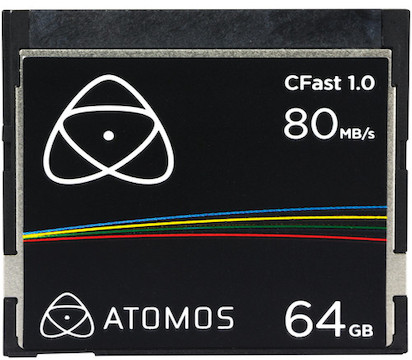