4K Connectivity and Recording. Like the Shogun Inferno, the Shogun 7 has support for quad, dual, or single BNC connections. In addition to multiple SDI inputs, the Shogun 7 also supports HDMI 2.0v for 4K capture up to 60p. Full recording format options include ProRes RAW, ProRes, CinemaDNG, and DNxHD.

Four Source Switching / Recording. The Atomos Shogun 7 HDR Pro/Cinema Monitor-Recorder-Switcher is capable of processing up to four 1080p60 signals over SDI with built-in multiview for simple, touchscreen switching. The ISO recording feature allows you to capture each, individual camera signals with matched resolutions and frame rates simultaneously in addition to your program out for a live edit. Need to stream? No problem, the Shogun 7 allows you to set your program out to SDI or HDMI for flexible delivery options!

Improved Display. The Shogun 7’s 1500 cd/m² display features Atomos’ 360 zone backlight, boasting an impressive 15+ stops of dynamic range for incredibly accurate color reproduction that can be viewed even in brightest of environments. 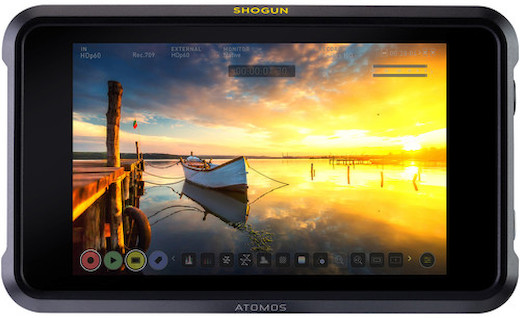 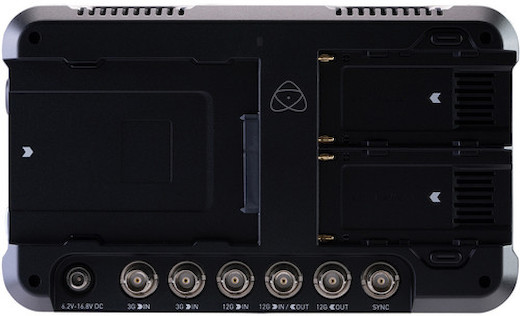 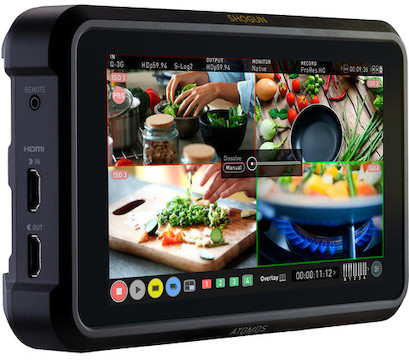