Sorta-Kinda Update With VC. This lens was released as the Vibration Compensation update to the very popular Tamron 17-50mm f/2.8 XR Di II Aspherical. However, Tamron changed the optical formula, which was pretty much the only thing its predecessor had going for it. That’s not to say this lens isn’t good, it’s just not the cult-classic with VC added.

Fast-Aperture Zoom. Just like the former version, the combination of its 27-80mm equivalent focal range (post-crop factor) and fast f/2.8 aperture throughout the zoom range make it a very popular choice for wedding and event shooters on a budget.

Build. Not too much has changed here, the barrel is still predominately polycarbonate (plastic), but it doesn’t free quite as fragile. There’s still a zoom-lock switch! 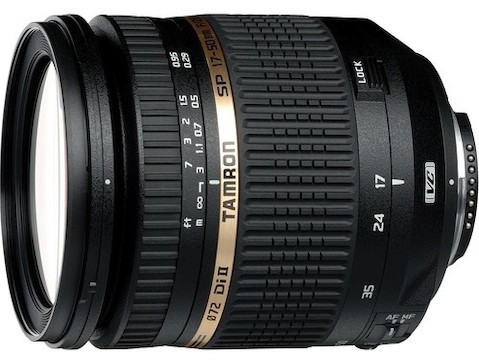