The DJI Smart Controller is a controller plus monitor that’s compatible with DJI drones using the OcuSync 2.0 wireless system like the Mavic 2 Pro & Mavic 2 Zoom. Key features include:

Controller & Monitor. Out of the box, DJI drones need a mobile device for monitoring the on-board camera. The DJI Smart Controller integrates an Android based mobile operating system into a single control device with less wires and a better balance.

Daylight Viewable Screen. The controller has a 5.5-inch screen for displaying 1080p camera views with flight info overlays at 60fps. Viewing the monitor in sunlight shouldn’t be a problem with its 1000 cd/m2 brightness.

Made to Livestream. This controller has a built-in microphone to allow users to livestream with commentary. The SkyTalk feature allows streaming to services like Facebook and Instagram. If higher quality streams are needed, you can use the controller’s HDMI output for 4K/60p video.

OcuSync 2.0. Fly compatible drones up to five miles away while maintaining a 1080p video signal. OcuSync 2.0 automatically selects optimal transmission channels in both 2.4 and 5.8 GHz bands.

16 Gigabytes of Storage. Saving and publishing footage works without the need for memory cards thanks to the controller’s 16GB flash memory. If more memory is needed, users can insert a microSD card up to 128GB (not included).

Internal Battery. The internal 5000mAh battery will last up to 2.5 hours before needing to be recharged. The controller battery can be recharged in as little as two hours when using a 12 volt, 2 amp charger. 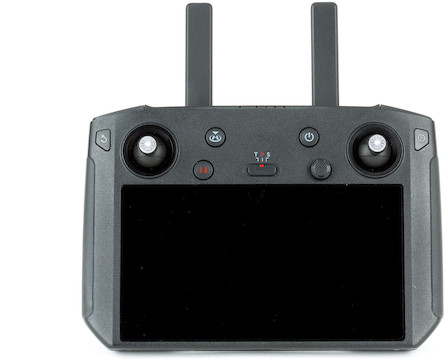 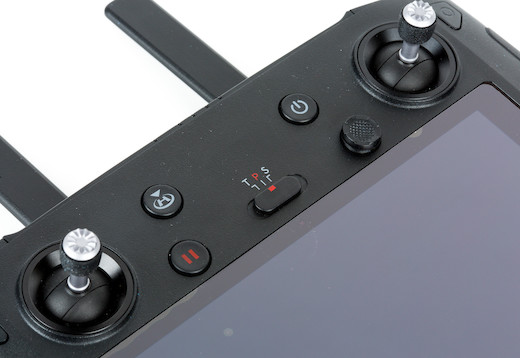 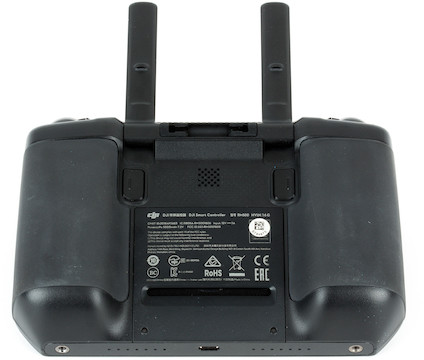 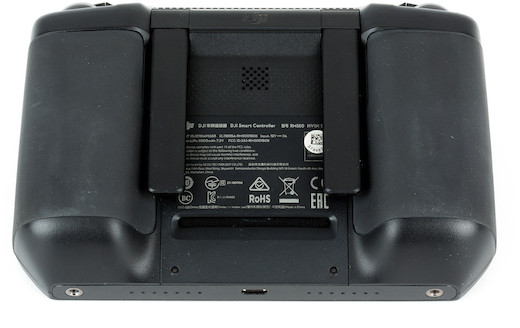 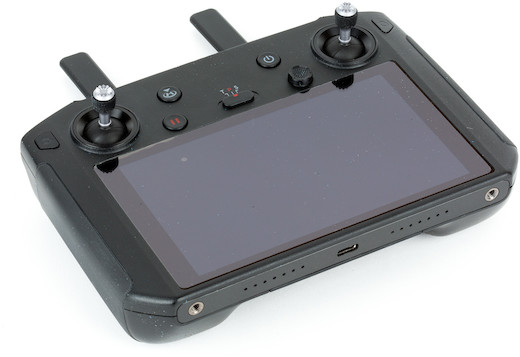