The Nikon Z 6II is a high-resolution FX-format camera in Nikon’s compact, large-diameter, and full-frame Z mount and an update to the Z6. Key features include: Z6II, Z6 II, Z 6 II

What’s Changed? The Nikon Z 6II offers several notable improvements over its predecessor, the Z6. Most significant is the inclusion of dual EXPEED 6 processors, which give you higher burst speed, a deeper buffer, and reduced viewfinder blackout. You also get a range of new autofocus modes, improved focusing in low light, expanded video capabilities, dual memory-card slots for greater storage flexibility, and more.

Second-Gen Nikon Z. The Nikon Z 6II is part of Nikon’s full-frame Z-mount system, which gives you exceptional image quality and optical design in a compact build. This system’s inner diameter is 17% larger than the F mount, allowing for more advanced optics and lenses, while the 16mm flange distance is 65% shorter than the F mount, which makes for markedly slimmer body designs. Z-mount cameras are only compatible with Z-mount lenses, and Z-mount lenses only work with Z-mount cameras.

Unmatched Image Quality. The 24.5MP full-frame sensor is paired with dual EXPEED 6 image processors to give you a native ISO range of 100 to 51200 and an extended ISO range of 50-204800. The sensor’s back-illuminated design gives you clean, low-noise images at high ISO values, while its lack of a conventional low-pass filter gives you exceptional sharpness and resolution. The EXPEED 6 processors give you a 14 fps high-speed continuous RAW-shooting frame rate and ensures speedy functionality.

273-Point Phase-Detect Autofocus. The Z 6II’s AF system offers 273 phase-detection AF points that cover 90% of the image area both vertically and horizontally, making it great for stills and video. Improvements to Nikon’s tracking focus system promise even better continuous-focus performance, including tracking out to the edges of the frame. The Hybrid Autofocus mode automatically switches between phase- and contrast-detect systems, which makes it ideal for video.

Built-In 5-Axis Vibration Reduction. Nikon has finally joined the photographer-friendly party and integrated a 5-axis sensor-shift Vibration Reduction system into the Z-Series cameras. This superlative VR system offers up to five stops of compensation from camera shake with native Z-mount lenses. Additionally, it is jointly compatible with VR-enable F-mount lenses when using the Nikon FTZ Mount Adapter, albeit with only 3-axis stabilization.

4K UHD Video. The Z 6II is capable of in-camera 4K UHD recording at 24/25/30/50/60p, Full HD at up to 120p for slow-motion playback, and uncompressed output to an external recorder via HDMI mini out. The N-Log gamma lets you capture flat-looking footage with a high dynamic range, the Electronic VR feature gives you smooth handheld shooting, and you get 10-bit data output over HDMI. Like its predecessor, the Z 6II includes focus peaking and zebra warnings. You can capture stereo audio in-camera or externally via 1/8-inch mic input, while a separate 1/8-inch headphone input enables precision audio monitoring.

High-Res Electronic Viewfinder and LCD. The built-in EVF boasts 3.6m-dot resolution, 100% coverage, and 0.8x magnification to give you a bright, clear view of what the sensor sees. The tilting 3.2-inch 2.1m-dot rear touchscreen LCD can also be used for image composition and review when shooting at arm’s length.

Compact, Professional Build. As you’d expect, the pro-grade Z 6II is built like a beast. The magnesium-alloy body features dust and weather sealing, so inclement weather and harsh climates won’t be able to stop you. The form factor, ergonomic grip, and anti-slip material all add up to a camera that was designed with extended shoots in mind, while the joystick makes for fast and intuitive option and focus-point selection.

XQD, CFexpress Type B, and UHS-II SD Compatible. The Z 6II includes one XQD/CFexpress Type B memory-card slot for superior speed, capability, and reliability. It also has a second slot for UHS-II SD cards, giving you flexible file-storage options.

Power Options. The included EN-EL15c battery gives you up to 410 (LCD) or 340 (EVF) shots per charge and can be charged in camera. The Z 6II is also compatible with EN-EL15, EN-EL15a, and EN-EL15b batteries, but you can’t charge those in camera.

Bluetooth and Wi-Fi. The Z 6II uses Nikon’s SnapBridge platform to transfer images from the camera to a phone or tablet. Using Bluetooth, you can quickly transfer low-res proxy files to share, tag your files with dates, times and locations, and operate remotely with shutter release and live view display. Z6II, Z6 II, Z 6 II 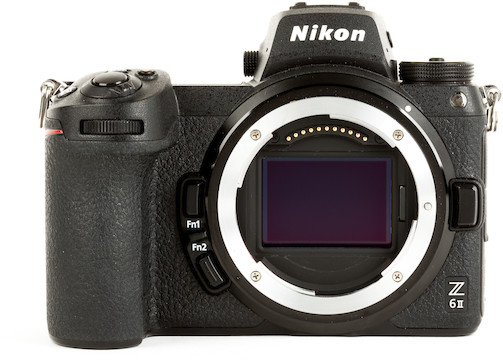 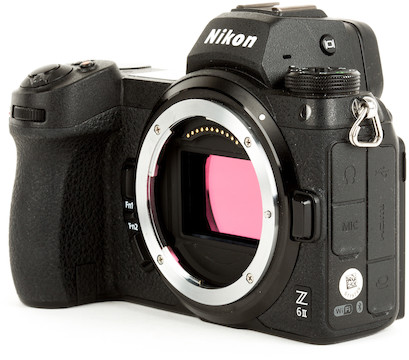 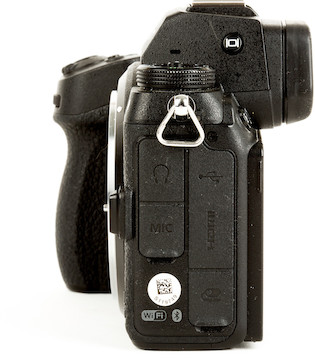 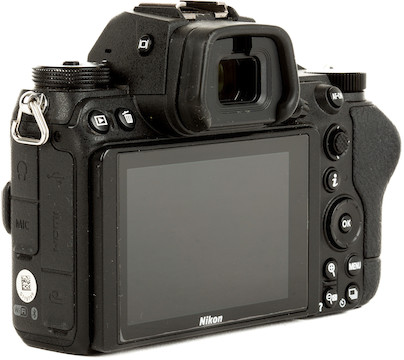 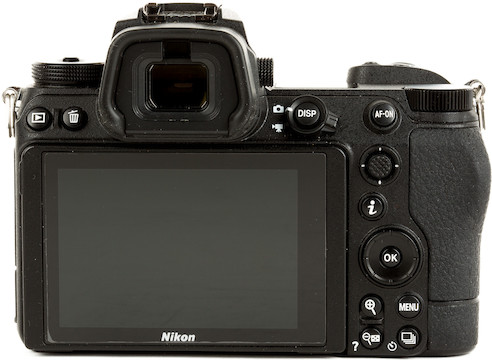 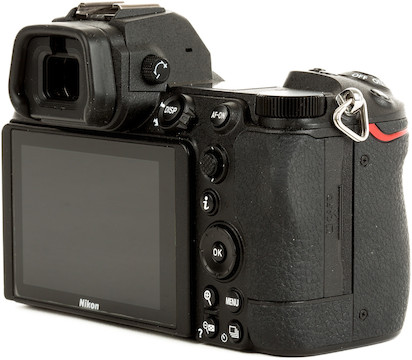 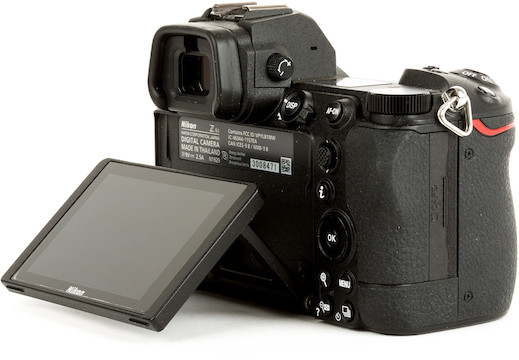 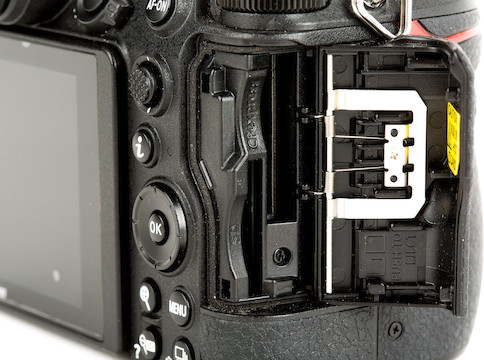 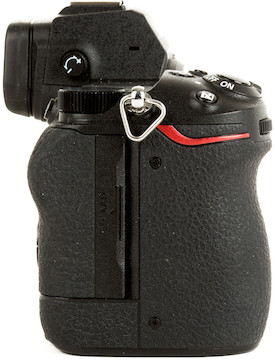 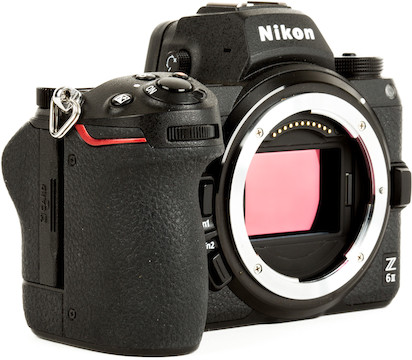 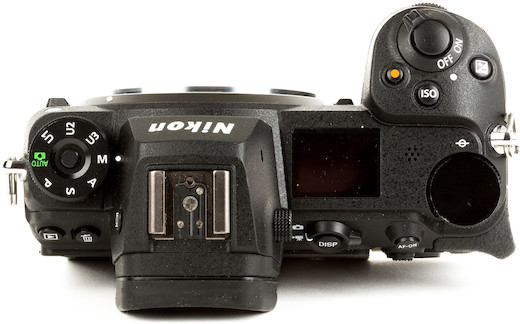