The Sandisk SDXC 256GB Extreme Pro 300MB/s UHS-II U3 V90 is an ultra-fast memory card that’s based on the latest UHS-II standard. Key features include:

Step right up and get in line for this product by placing your reservation now. We fill orders on a first-come, first-served basis. Please note that included items and rental cost could change as we finalize this listing. All pre-orders are guaranteed the price stated when ordered and will be contacted before shipping. 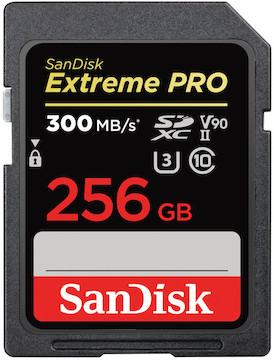