The Lexar 256GB 3600x 540MB/s CFast 2.0 is an ultra-fast card using the CFast 2.0 format. We also offer a similar card by Sandisk and we firmly recommend it over this Lexar card. Key features include: 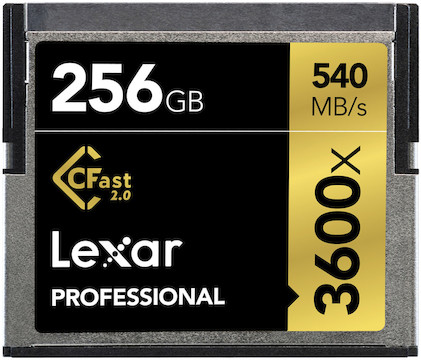