The Westcott FJ400 400Ws Strobe with AC/DC Battery is a versatile, feature-rich, battery-powered flash with a quick recycle time. Key features include:

Versatility. The Westcott FJ400 400Ws Strobe’s nine-stop power range, High-Speed Sync, Rear-Curtain Sync, and TTL capabilities mean you can use it in a broad range of shooting situations. It boasts a 0.05- to 0.9-second recycle time, which is lightning fast for a battery-powered flash. A 20 W LED modeling light keeps power drain to a minimum.

Broad Wireless TTL Compatibility. The FJ400’s built-in TTL receiver is compatible with many Canon, Nikon, Fuji, Panasonic Lumix, Olympus, and Sony (with a separately available adapter) cameras, as well as the Canon RT flash system. If you’re using the separately available FJ-X2m Universal Flash Trigger, you can adjust power and exposure compensation from up to 985 feet away. The wireless system gives you six groups with sixteen channels for shooting several individual setups and to prevent interference with other photographers.

Powerful, Rechargeable Battery. The included rechargeable lithium-ion battery gives you up to 480 full-power charges on a 2.5-hour charge. The battery has LED charge-status lights to keep you aware of its remaining power, and the 20 W LED modeling light keeps power drain to a minimum. 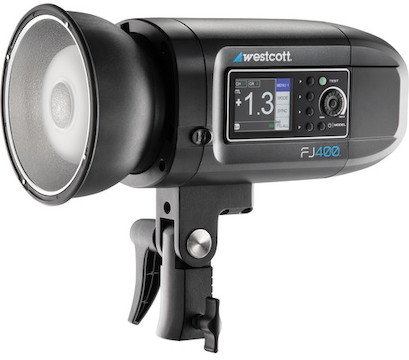 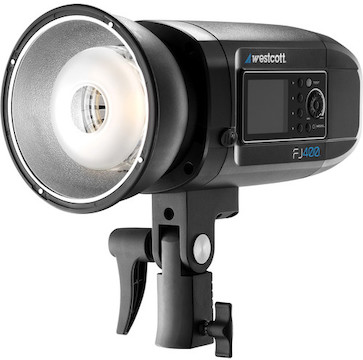 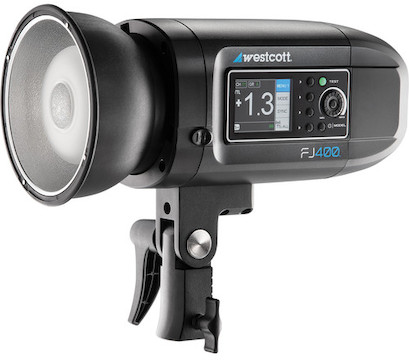 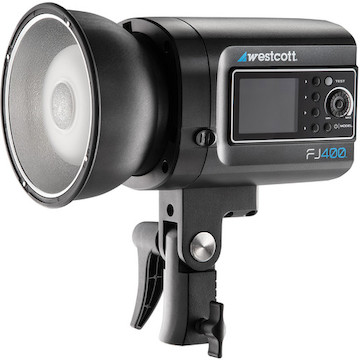 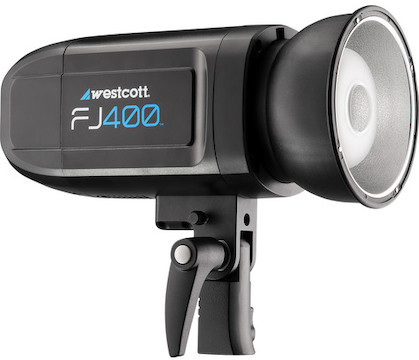 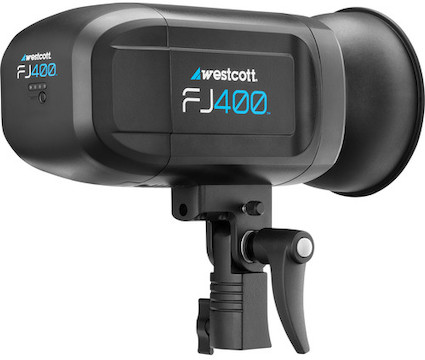 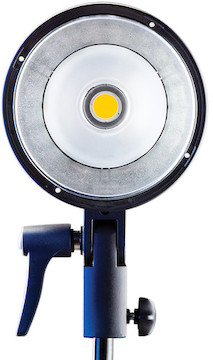 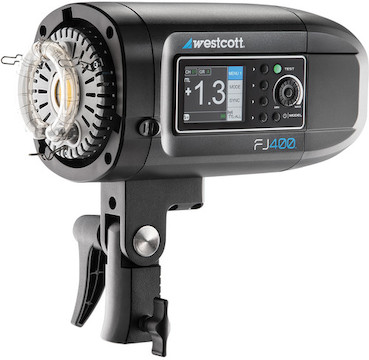 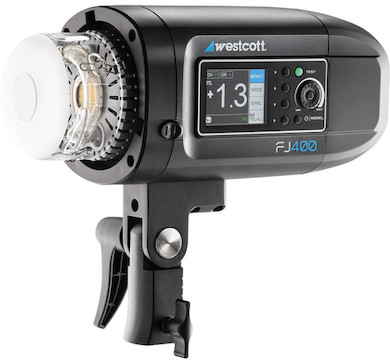 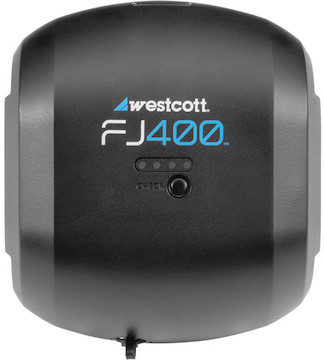