A Studio Photographer’s Review of the Sony a7R IV 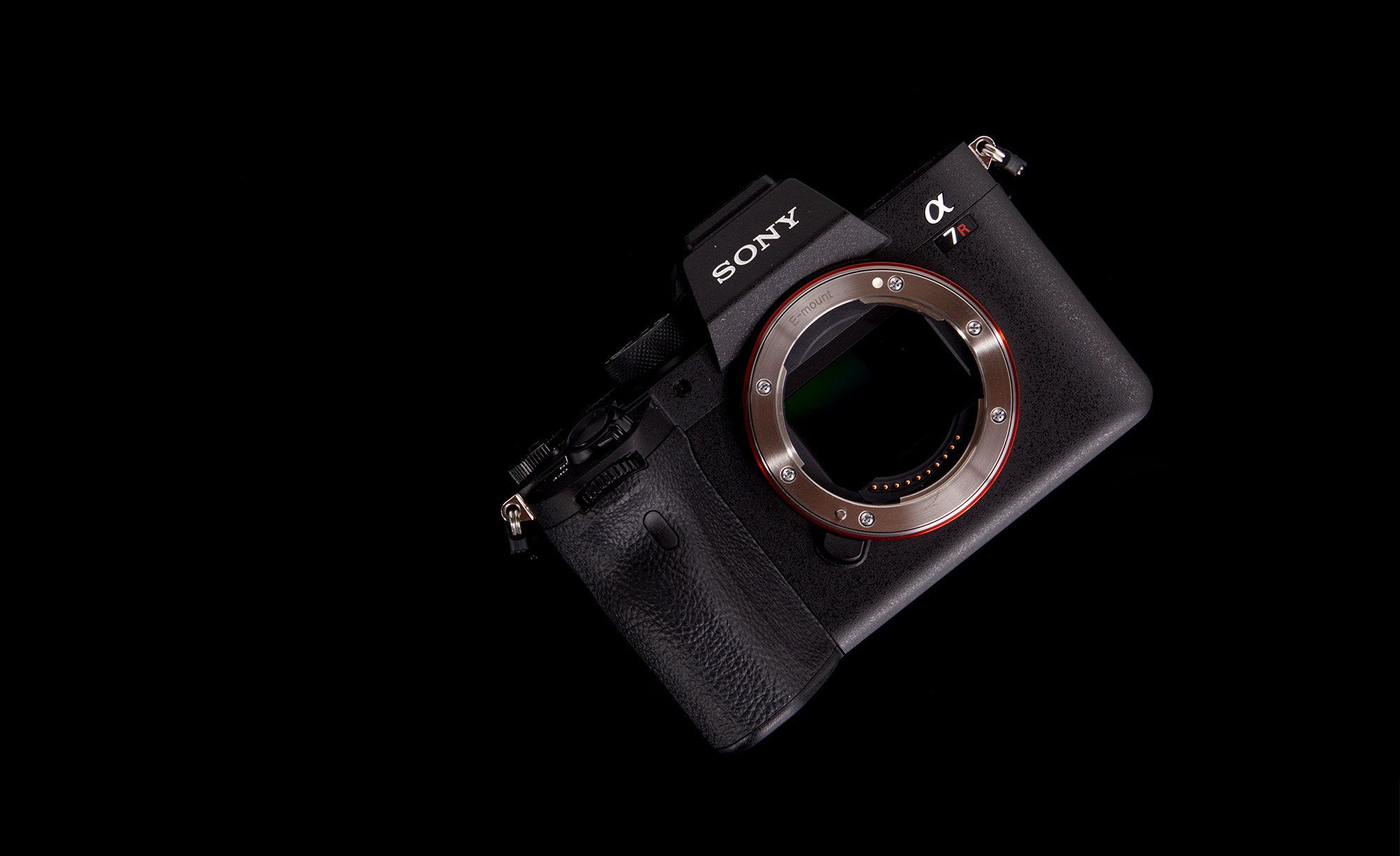 Since the release of the Sony Alpha series of cameras back in October of 2013, Sony has been on a steady pace to take over the professional camera market. But that steady takeover has come with a lot of releases. Nearly six years later, ten different cameras have been released into the Alpha series. With that many released, the burden of product development has hit the wallets the hardest. Even still, it’s hard to debate the incredible product that Sony is producing, especially when looking at the competition. So today, we’re going to look at the latest and greatest from Sony’s busy release cycle, the Sony a7R Mark IV. 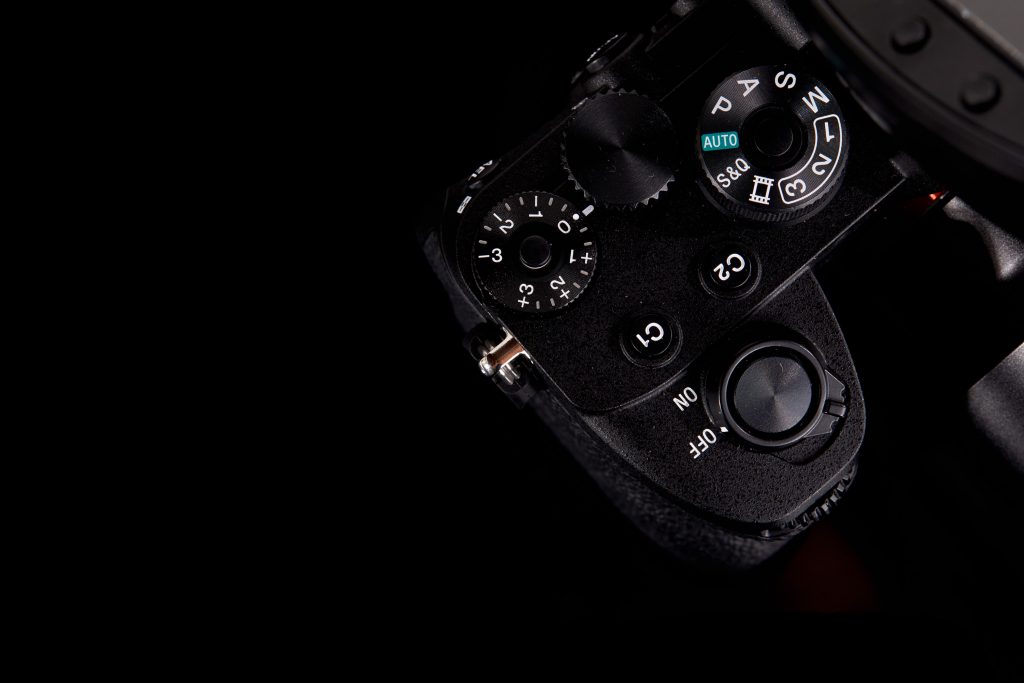 The Sony a7R IV is the latest in Sony’s full-frame mirrorless system and is a feature-full camera system designed for the professional photographer. If you’re familiar with the a7R line of cameras, you’re probably already well versed in what they have to offer, and I’ll spare you on talking about every little detail about the camera. However, there is still a lot of talk about that is new with the system, most notably the latest sensor. Sony has dethroned the Canon 5DR has the highest resolution full-frame camera with its impressive 61 megapixels. While one could argue that no one needs 61 megapixels, and I’d at least passively listen to their arguments, one subset of photographers (a subset I’m apart of and will approach this review as) that would disagree, are studio photographers. 61 megapixels has a lot of uses in a studio environment, where resolution is a significant hurdle to consider when shooting for various brands and campaigns. And if 61mp isn’t enough with the Sony a7R IV, Sony has also implemented pixel shift, giving you the option to take 16 different photos, where the sensor is moved by half a pixel each time, and giving you the effective resolution up to 240mp. 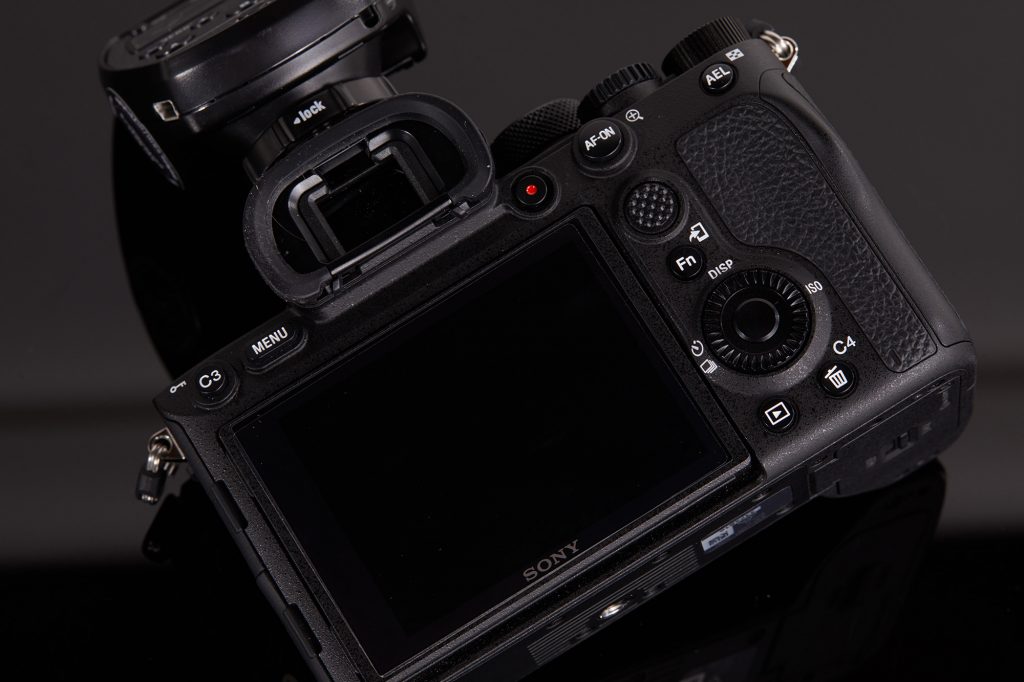 When it comes to video, Sony offers up the same features that were in the Sony a7s II, but offers an improved autofocus system, and removing the 29 minute record time limitations. Out of the box, the Sony a7r IV offers 4K records up to 30fps and offers the Eye AF autofocus system while in use. Dropping the resolution down to 1080p gives you an impressive 120fps with their boasted 14-stops of dynamic range. While many videographers are begging for a refresh to the a7s line of Sony systems, Sony seems to be combining the two platforms with this release, offering you an incredibly capable video camera in the body of a 61mp monster of a stills camera.

Perhaps one thing I noticed first when I received the Sony a7R IV in the mail, though, was it’s subtle size change. I have pretty large hands, and my biggest criticism with many of the mirrorless systems is that they just don’t feel comfortable to hold. As a shooter who will carry his Canon 5D Mark IV in my hands for 8-10 hour days, I want to make sure I have a camera that feels good to hold. Upon grabbing the Sony a7R IV out of the box, I was surprised by how well it felt in my hands, and so I immediately went online to see what was changed about the camera.

For one, the grip of the camera is now slightly larger, and has a stronger curve into it, for better grip. These slight changes make a pretty signification change on how the camera feels in your hand. The worries of dropping your camera are now lessened, and the subtle differents are much appreciated. Aside from the slight design change, the Sony a7R IV feels a lot like the other modern cameras in the alphas series. The magnesium alloy is sturdy in design while keeping the camera lightweight and easy to hold for long periods of time. 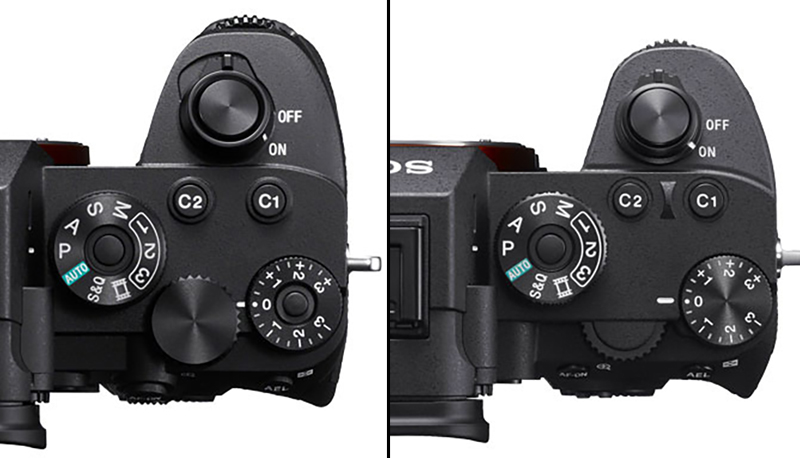 Aside from these slight body changes, there are no obvious changes to the Sony a7R IV from its previous iterations. In fact, one thing I’m relatively impressed with is that Sony doesn’t even brand its cameras with the official model name, with the exception of a tiny badge on the top. The front of the camera says “Sony a7R”, and makes no mention of which version it is. Only the strap gives the ‘Mark’ of the camera, and this level of discretion is appreciated. Where I once was a photographer who wanted everyone to see the red ring on my Canon lenses, showing off its price tag to the world, I’ve now become way more discrete with my gear, and would instead not tell the world its value with a gaudy label or red ring. 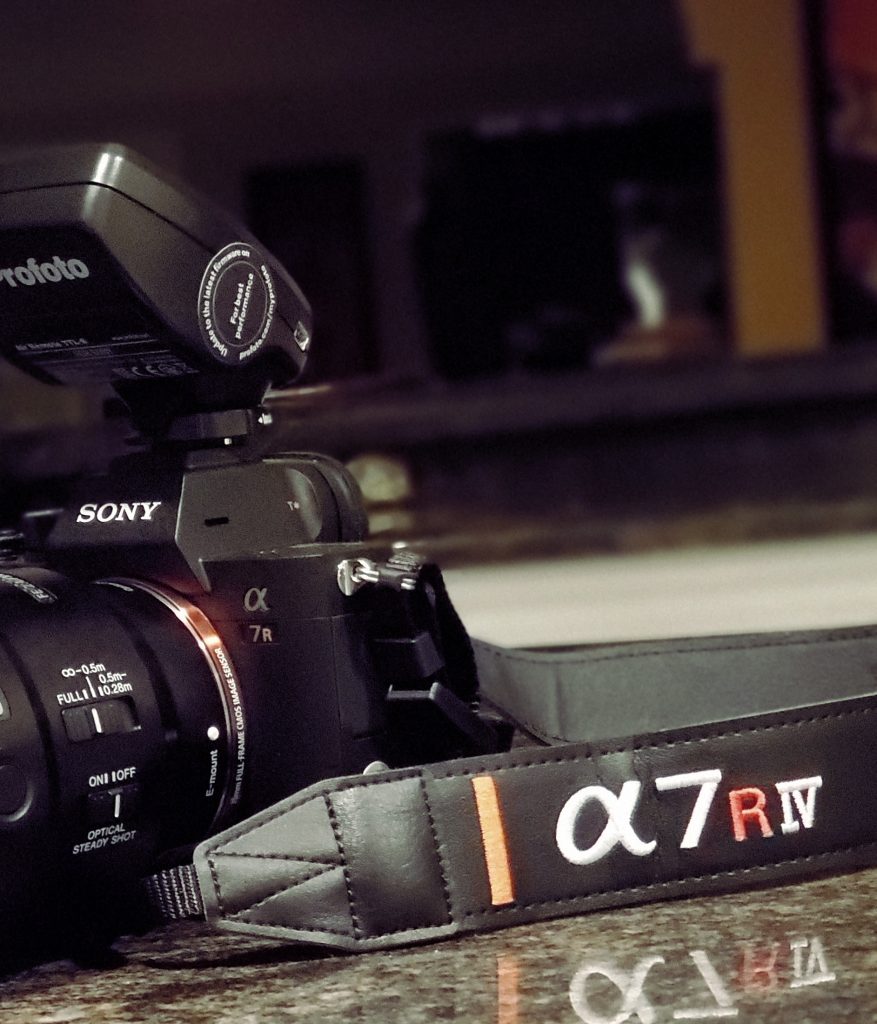 Each of the doors is equipped with dense rubber around the edges to help with protection from water and dust. All of the buttons and dials feel well built and clicky, and I have no worries about the long term life of this camera…from a build perspective. Knowing Sony, the Sony a7R V may be set to release within a year, and well before these cameras are broken. For a more in-depth perspective on the build quality of this camera, we’ll have to wait until one arrives back at our office broken, so we can unleash Roger and Aaron to take one apart and document the process fully. 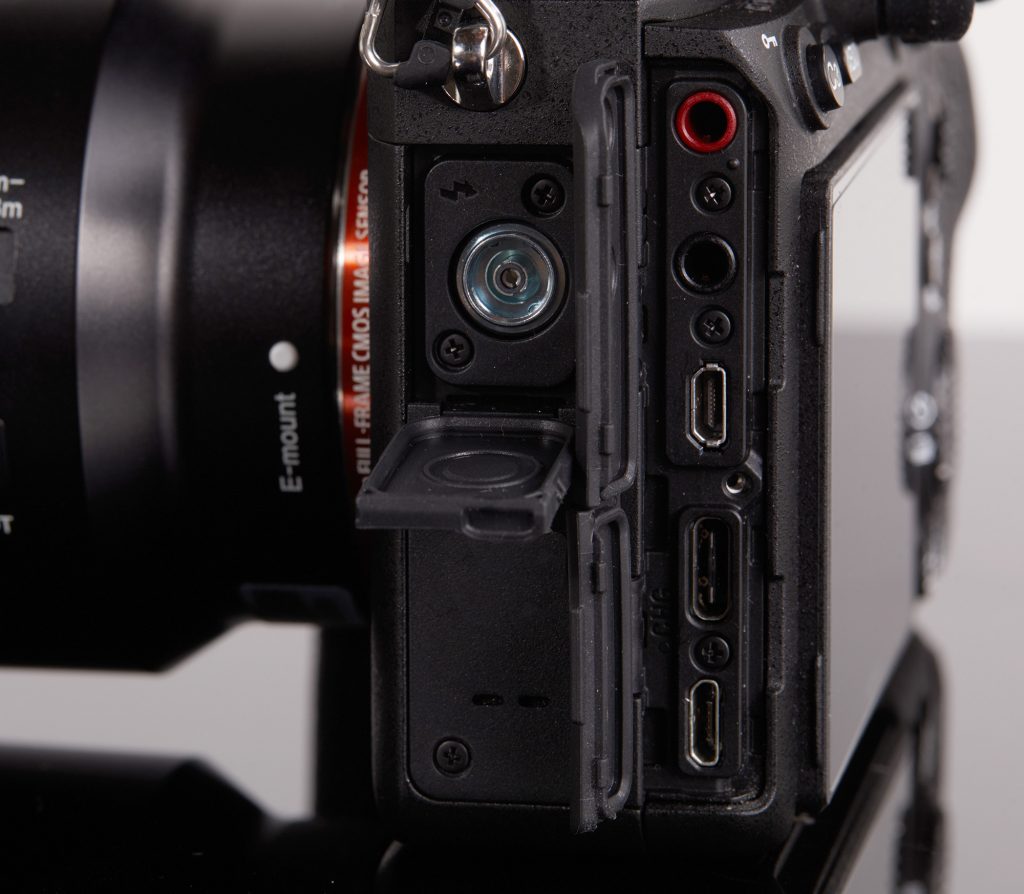 Most certainly, you’ve probably heard the biggest downfall of mirrorless cameras – poor battery life. My approach to this review admittedly didn’t have as much foresight as I had planned, and when I placed my order, I didn’t include additional batteries with my review. Over the course of the week with the rental, I had scheduled multiple shoots, and intended on spending 20+ hours taking photos with this camera – so the single battery included in the rental had me worried. However, being a studio photographer, and spending those 20+ hours predominantly in my studio, Sony had resolved my worries with one of their greatest features – USB battery charging. 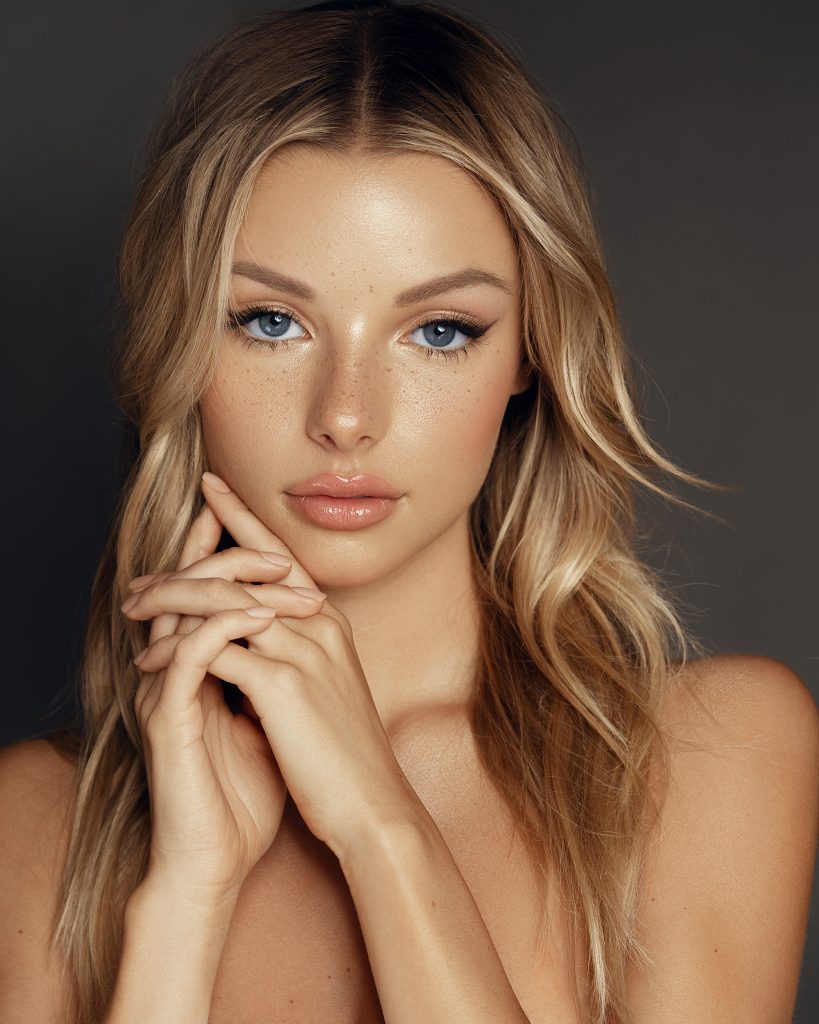 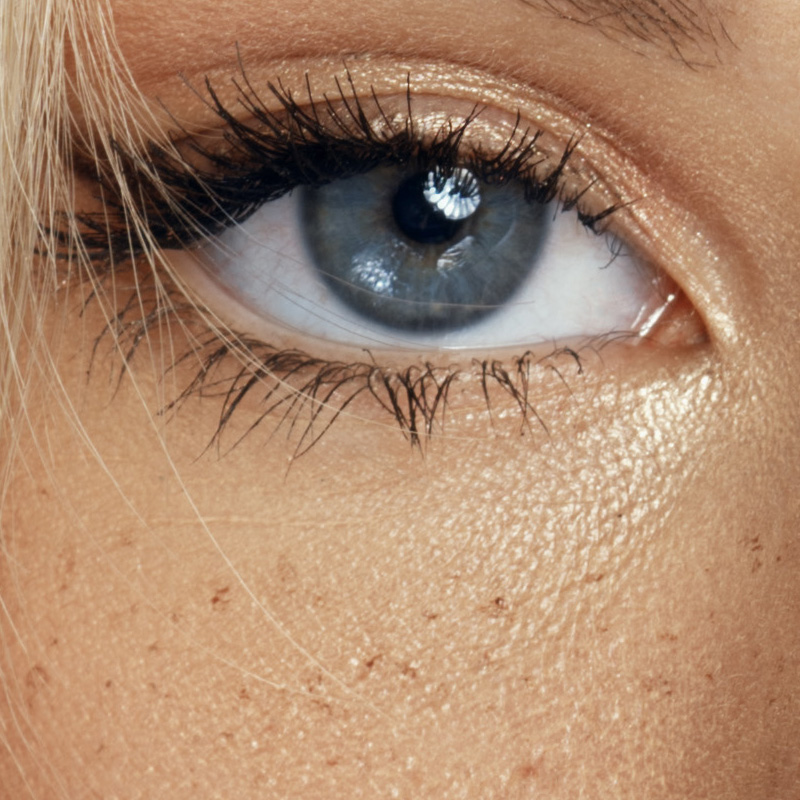 Most of my work comes tethered to a computer with the use of Capture One. This helps me get a better look at the photos as I shoot them, and allow my makeup artist, hairstylist, and other members of the team to look for any issues with the photos as I’m shooting in real-time. With the camera plugged into my laptop using USB Type-C, I quickly noticed that the camera was being charged while I was shooting. For an entire 10 hour shooting day, I didn’t see the battery drop below 98%, and the entire time shooting, I didn’t have to swap batteries once. Additionally, the use of USB 3.2 Type-C allowed for transfer speeds that were faster than anything else I’ve ever used – and the images were displayed in Capture One Pro nearly instantly, despite being 62mp in size. 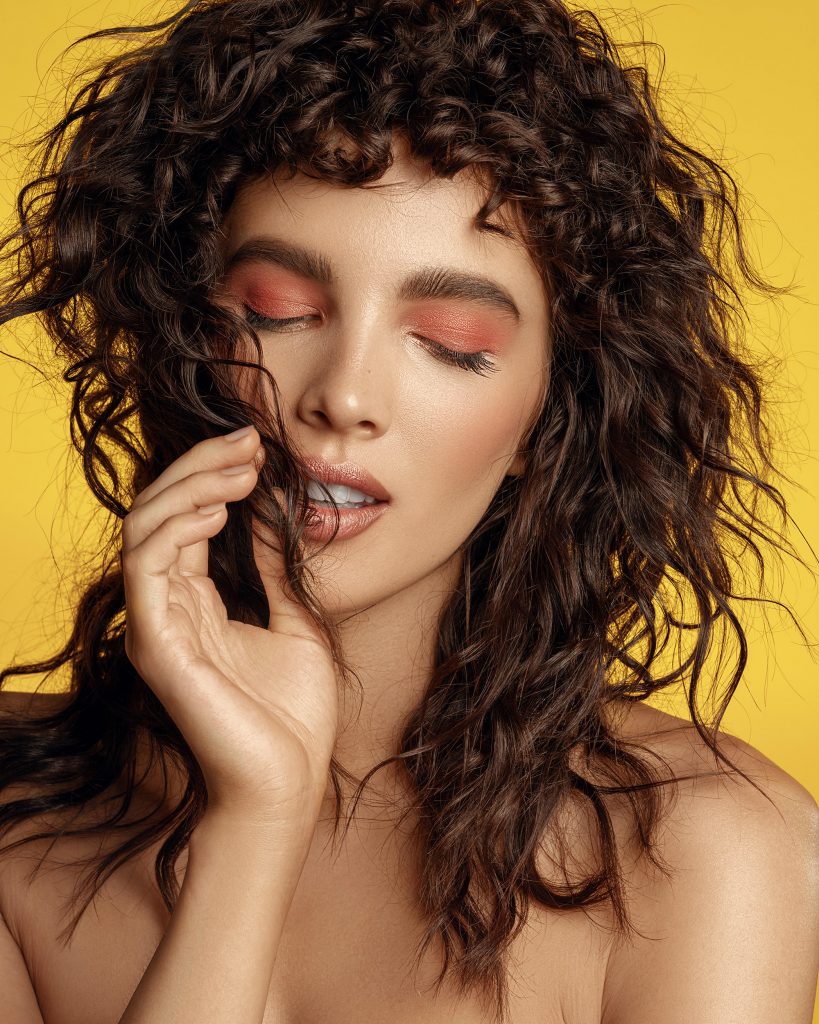 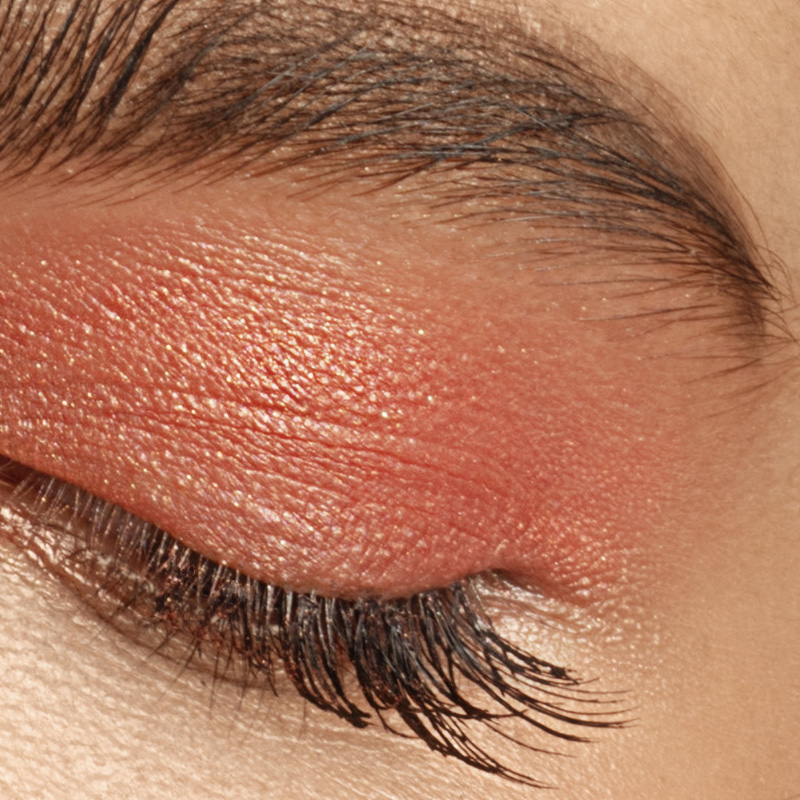 Furthermore, I really have to give Sony credit with their latest updates to their already incredible autofocus system. The Sony a7R III was previously known as one of the best in terms of autofocus, and Sony added a turbo to the system, making it even better in the Sony a7R IV. In addition to the 567 phase-detection points covering 74% of the frame, Sony has also updated the Real-Time Eye AF system, which I found to be incredibly accurate. In general use, I typically will pick my focus point, focus, and recompose the shot so that the eyes are in focus. But the end of my tenure with the Sony a7R IV, I reliability put my full trust into the Eye AF system, allowing the camera to find the eyes for me, removing the need to recompose.

My biggest critical critique comes with the UX design of the Sony a7R IV. To put it poignant and simply, Sony is a technology company, and nothing more starkly shows that than with their camera systems. One thing I appreciate about pretty much every camera system is that you can flip the switch, find the dials, and it just works. As long as you’re well versed in camera bodies, you can generally work with a Nikon, Canon, or even Pentax without any hiccups.

That doesn’t hold true with Sony. When I received the Sony a7R IV from my friendly FedEx delivery person, I was excited to flip it on, set the date and time, and get to work. However, I encountered several speedbumps on the road to shooting. For one, I’m a studio photographer and shoot tethered at every opportunity. I had previously updated my Capture One to the newest version, assuring that the Sony a7R IV would be compatible out of the box. Though, upon plugging the camera into the laptop, I learned it wasn’t going to be that easy. Want to tether with the Sony a7R IV? You need to go to your settings, and find the PC Remote setting, and turn it on. Is that setting next to the USB settings in the menu? Of course not…it’s in the network settings.

The scavenger hunt doesn’t stop there. If you want to use remote flash, like a Pocketwizard or Profoto TTL-S trigger, you need to dig through the settings and find Silent Shooting and turn it off. But you’re not done there, you also then need to go and find the Flash setting, and turn it to Wireless. Only then will your hotshoe work like it’s intended to. 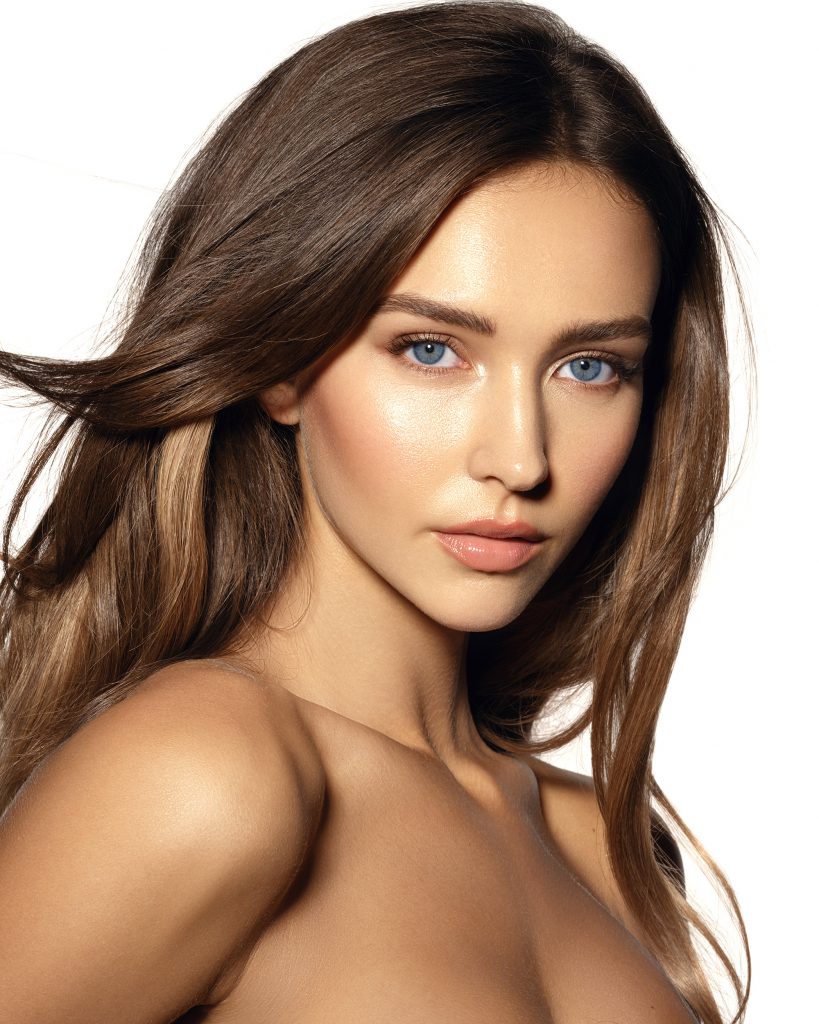 And these are just a couple examples among many. Simply put, when moving to Sony camera systems, you’ll find yourself navigating the convoluted menu system ad nauseum.

Confidently, I can say that the Sony a7R IV is the best full-frame camera on the market today. The incredible image quality paired with a plethora of additional features makes it as close to the perfect studio camera as one could currently get. However, the Sony a7r IV isn’t exclusively built for the studio either. When needed, the Sony a7R IV takes an impressive 10fps and has all the added features for a broad range of photographers. This feature-rich camera personally checks all of the boxes for me and has been the first system brought by Sony that has gotten me seriously contemplating selling all my Canon gear and persuing Sony.