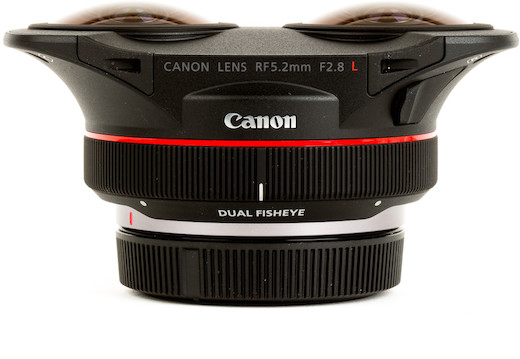 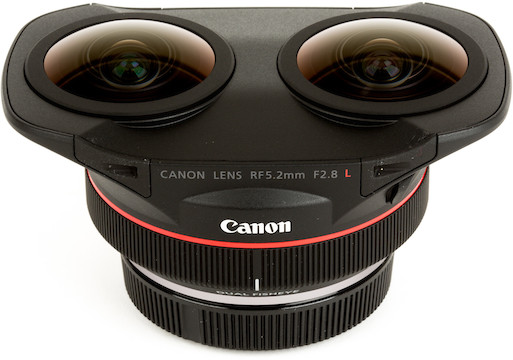 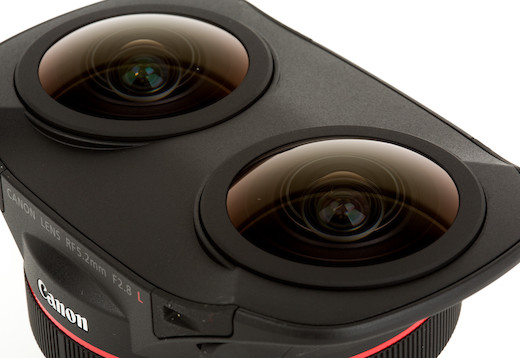 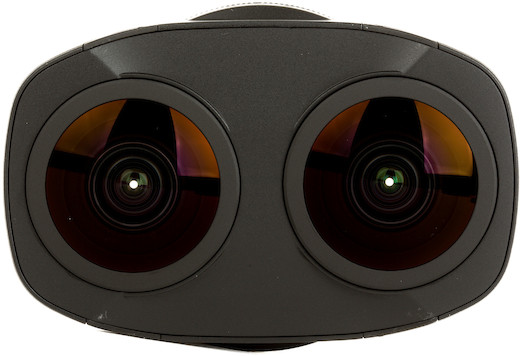 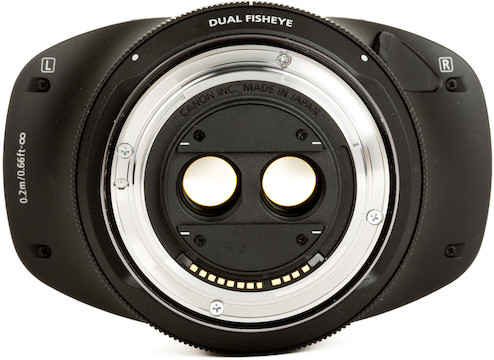 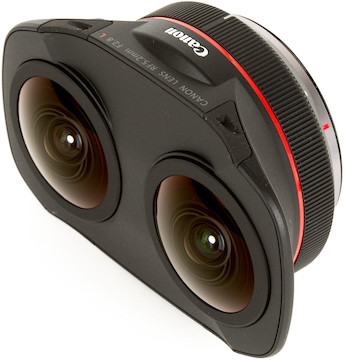 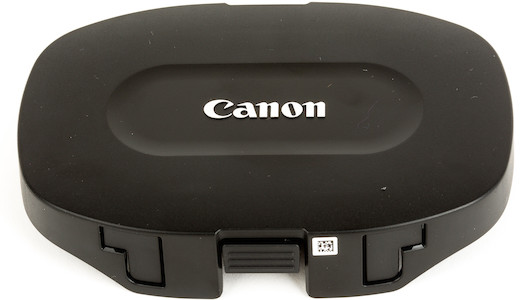 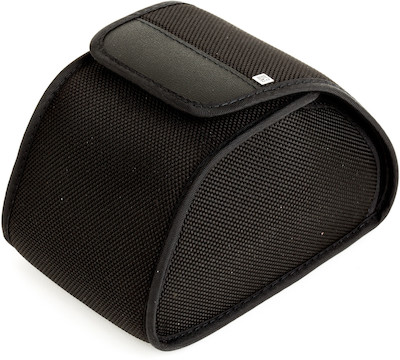 3D 180° VR Capture. Designed for use with the Canon EOS R5 Mirrorless Digital Camera running the latest firmware, this lens gives you the ability to create an immersive 3D experience. When captured imagery is viewed on compatible head mount displays such as the Oculus Quest 2 and more, a viewer can feel like they are a part of the story that you create. With stereoscopic 3D 180° VR, your audience can see life-like depth and look around the viewing environment. The lens features a beautifully engineered and optimized folded optical design, with separate left and right optical systems.

VR with Ease. Pairing this one lens to an EOS R5 camera provides you with the ability to deliver a single file. This lets you create a powerful and convenient solution compared to traditional VR systems that capture a 3D scene with two separate fisheye lenses, recorded to two separate cameras, which write two separate files. This saves you time and effort behind the camera and in post-production by helping to solve issues such as multi-camera positioning, multi-lens syncing, image stitching, audio syncing, encoding, and more.

Dual-Synchronized Electro-Magnetic Diaphragm. Each of the left and right fisheye lenses have their own optical system, including separate but coordinated aperture mechanisms. Together they seamlessly and simultaneously control the exposure of both lenses, so setting your aperture is the same process as with any other RF lenses.

Large Aperture. Providing a highly adaptable aperture range, the RF 5.2mm f/2.8L Dual Fisheye 3D VR lens allows you to go from a bright f/2.8 aperture in low light shooting, to a deep depth of field of f/16 for more control of your exposure in brighter environments. Additionally, a gelatin filter holder is located at the rear of the lens allowing optional gel filters to be used similarly to previous ultrawide-angle Canon lens offerings.

Compact, Lightweight, and Portable. Thanks to the RF mount and the folded optical design, the size and weight of this lens makes it easy to use in tight spaces and easy to carry in a camera bag. The lens weighs under 1 lb and is just slightly over 2" in depth from the rear mount to the front side of the lens, creating a compact, portable, and lightweight solution.