While we no longer rent this product, we do carry the Olympus OM-D E-M5 Mark III. You may also find alternatives in the Recommended section on the left-hand side of this page.

The Olympus PEN-F is a premium mirrorless camera with retro styling. Key features include:

Modern Classic. With its retro styling, the digital PEN-F is a modern-day take on the classic PEN-F film camera. Many of the features that set the E-M5 Mark II apart can be found in the PEN-F, along with an all-new 20.3MP sensor.

20.3MP Live MOS Sensor. The PEN-F is the first Olympus mirrorless camera to use a sensor with a resolution higher than 16MP. Despite the increase in resolution, the 20.3MP sensor offers improved ISO performance with a normal range of 200-25,600 (ISO 80 in extended mode). The TruePic VII Image Processor makes its way into the PEN-F, providing the same 10 fps (fixed focus point)/5 fps (with autofocus) continuous shooting as the E-M5 Mark II. The contrast-detection autofocus system is largely unchanged

High-Res Shot Mode. First seen in the E-M5 II, the PEN-F’s increase in sensor resolution also translates to larger files in high-resolution mode. This camera uses its five-axis image-stabilization system to shoot eight images over the span of one second and then combines these images into a single 80MP (RAW)/50MP (JPEG) image. Since your photo’s composited from multiple images, any movement will mess it up, so both you and your subject will need to be completely still. In other words, use a tripod and don’t try to shoot your two-year-old.

Built-In Electronic Viewfinder and Swivel LCD. Where the E-P5 relied on a separate accessory Electronic Viewfinder (EVF), the PEN-F gains an integrated 2.36M-dot high res OLED EVF in the top-left corner of its back panel. This pseudo-rangefinder layout allows you to keep an eye on your surroundings, making it perfect for street photography. There’s also a fully articulating 3.0-inch touchscreen rear LCD, which is useful if you’re shooting from a tripod or from arm’s reach. The AF Targeting Pad, first seen on the E-M10 II, is a key feature that allows you to select the autofocus point on the rear LCD while shooting with your eye to the viewfinder.

Build and Ergonomics. The PEN-F looks straight out of the ‘60s, with multiple dials for fully manual control. Don’t let its retro styling fool you, though; there’s a large degree of customization and modern technology here. There are four programmable “Custom Mode” positions on the mode dial, along with five user-customizable buttons. A new “Creative Mode” dial sits on the front of the camera, allowing quick access to various film simulation/art modes. A widely requested dedicated exposure-compensation dial now sits atop the body. The PENF isn’t weather-sealed like the OM-D line, but the magnesium-alloy body still feels solid.

Other Notable Features. Like its siblings, the PEN-F has built-in Wi-Fi for wireless image transfer and camera control from smartphones and computers. There’s a silent electronic shutter mode that enables a max shutter speed of 1/16,000 sec. when engaged (1/8,000 sec. normally). The integrated EVF took the built-in flash’s home, but Olympus includes the wonderful FL-LM3 accessory flash with bounceable/rotating head as a quick fill. The camera records images and video to SDHC/XC memory cards, and the rechargeable BLN-1 battery is rated for 330 shots per charge.


Experience: Weekend rental. Take: This camera has a unique retro feel with all the modern features a user could want. The EVF is a bit small, but that shouldn’t be surprising given its small size ...

Take: This camera has a unique retro feel with all the modern features a user could want. The EVF is a bit small, but that shouldn’t be surprising given its small size in general. The swivel screen is a rarity in most mirrorless cameras (I’m looking at you, Sony) and the 20.3 MP sensor is fit for most casual photography. 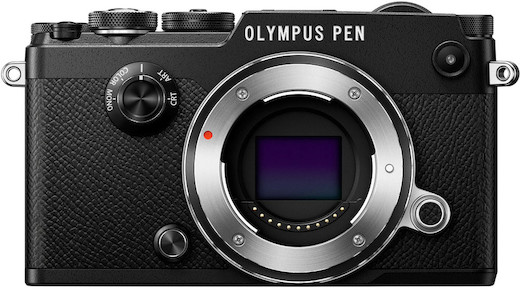 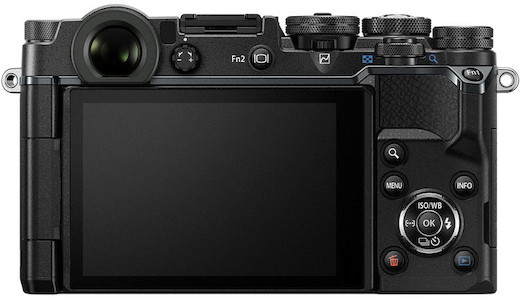 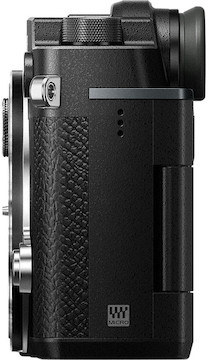