Full-Frame Support. The Metabones Canon EF-S Lens to Sony E Mount T Smart Adapter IV allows you to mount Canon EF-mount lenses to Sony E-mount cameras and camcorders. It supports all full-frame Sony bodies, including but not limited to the a7R III, a7 III, and a9.

New to the T Smart Adapter Mark IV. These are all starting to feel redundant. This version adds support for native Canon EF-S lenses, a larger opening improving functionality when using a Tilt-Shift lens, and a matte black “flocking coating” to reduce internal reflections. For the most part, it’s the same as the Metabones Canon EF Lens to Sony E Camera Adapter IV. 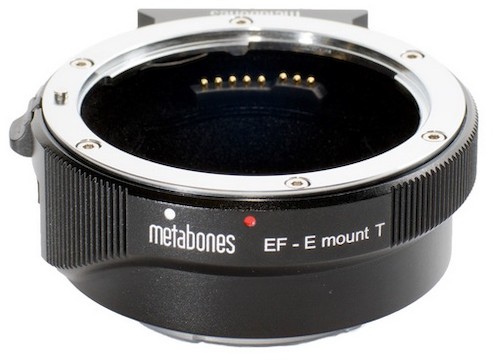