The RED WEAPON HELIUM 8K S35 is a high-resolution cinema camera that introduces a lot of key features, including:

8K Resolution. This is the banner headline that gets people in the door. The all-new HELIUM sensor pushes RED to a monstrous 8192 × 4320. That means you get video that’s four times the resolution of DCI 4K at 60 fps and still images at up to 35.4MP. In addition to an increase in resolution, you will also see improved low light performance and greater dynamic range.

Lighter than Air. The original RED ONE was built like a tank and weighed about as much. The modern RED HELIUM brings a svelter physique, with a body built of woven carbon fiber to keep the weight down and the power up.

High Data Rates. The HELIUM can handle 300 MB/s transfer rates, which allows you to record REDCODE RAW files at the highest quality, while also recording ProRes proxy files in 422 HQ, 422, and 422 LT at 4K resolutions.

Greater Versatility. The WEAPON HELIUM features the DSMC2 Interchangeable OLPF system. This means that you can optimize your footage for your environment by swapping out the optical low pass filter. We send the DSMC2 Standard OLPF installed for balanced shooting, but we also rent the Skin-Tone Highlight and Low-Light Optimized OLPFs as add-ons.

Additional Items Required. At a minimum, you’ll need the following additional items to operate this camera: 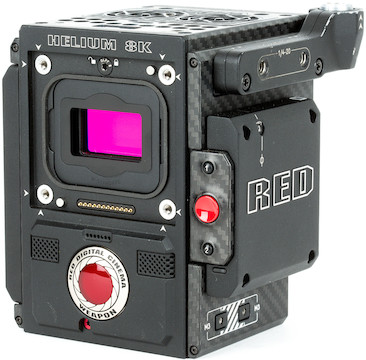 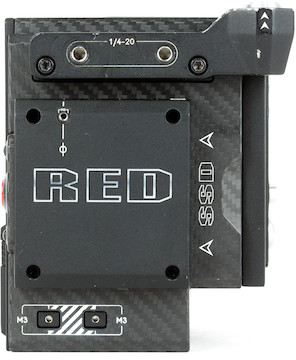 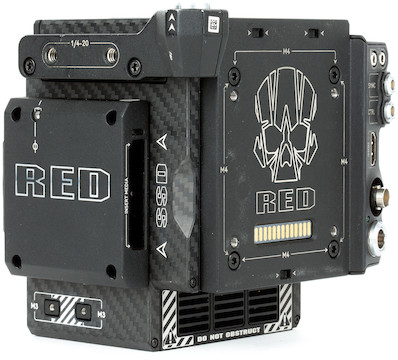 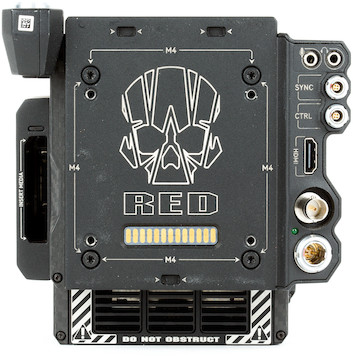 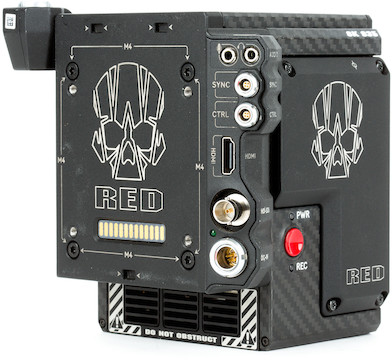 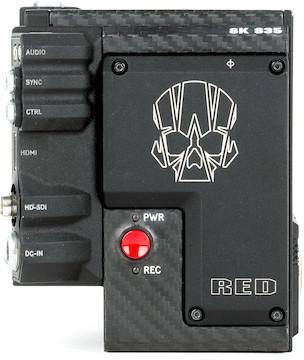 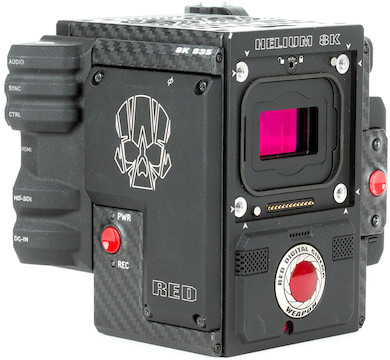 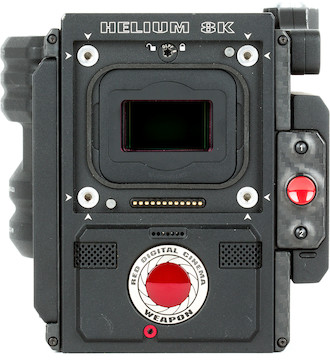 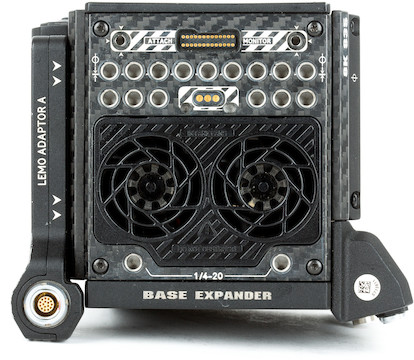 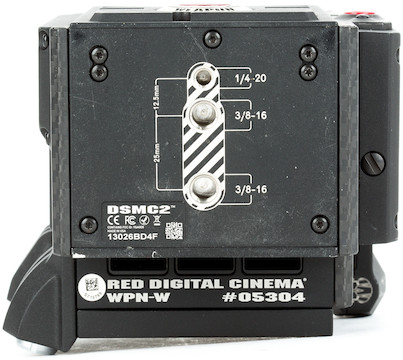 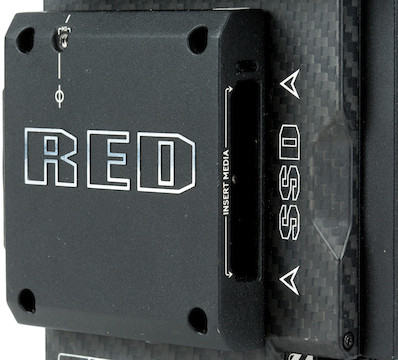