The Sony AXS-R5 Recorder is an accessory recorder for the Sony PMW-F55 and PMW-F5 that supports up to 4K video. Key features include:

16-Bit RAW 4K and 2K Recording. The Sony AXS-R5 recorder lets you capture native 4K or derived 2K with the PMW-F55 and PMW-F5. RAW recording gives you the greatest latitude for color correction and other post-production processes. Sony RAW retains 16 times as many red, green, and blue gradations as 12-bit RAW and 64 times as many tones per channel as 10-bit recording.

Supports “Online” and “Offline” Workflows. This recorder lets you simultaneously record to internal SxS memory cards and to the recorder itself, giving you “online” and “offline” workflows. It provides matching timecode, start frame, stop frame, file names, and other metadata for easy post-production coordination.

Modular Design. The compact AXS-R5 is designed to seamlessly “bolt on” to the F55 and F5 so that your rig remains sleek and lightweight.

Compatibility. In addition to the PMW-F55 and PMW-F5, this recorder is compatible with the F5700 when used in combination with the Sony HXR-IFR5 Interface Unit. 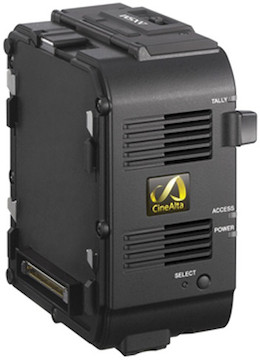 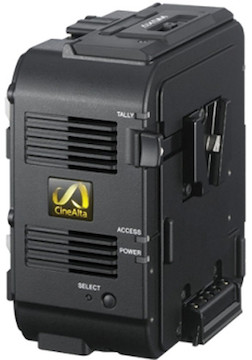