The Sony AXS-R7 External 4K RAW Recorder is a high quality recorder for Sony PMW-F5 & Sony PMW-F55 CineAlta cameras that captures up to 16-bit RAW to AXSM A Series media. Key features include:

High-Speed Recording. This recorder can support RAW and X-OCN recording in 4K/120 fps and 2K/240 fps. Please note that additional paid upgrades may be required. If you have questions, please contact us.

30-Second Cache Recording. Never miss a moment of action with a full thirty seconds of cached footage that can be saved at the touch of a button to RAW and X-OCN formats.

Simple Installation. This recorder attaches directly to the rear of a Sony F5 or F55 camera via a locking latch mechanism and a four-screw top support bracket. If you want to use this recorder with the Sony Venice, we rent the Sony AXS-R7 External 4K RAW Recorder for Sony Venice 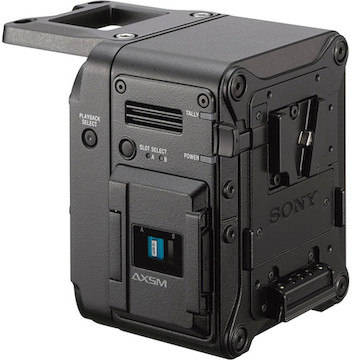 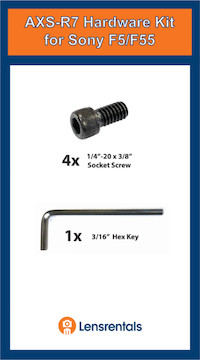