While we no longer rent this product, we do carry the Sony PXW-FS7 4K. You may also find alternatives in the Recommended section on the left-hand side of this page.

Simultaneous In-Camera Recording. While this camera records 4K RAW files to an external device, it can simultaneously record AVCHD files to an internal SDXC memory card just as the FS700 did.

Record-Trigger Commands. With the hardware upgrade, this camera now has record-trigger commands embedded in the HDMI and SDI uncompressed digital outputs for use with outboard recorders.

Please Note. In order to shoot 4K RAW, you must also have the HXR-IFR5 Interface Unit and AXS-R5 4K Recorder Kit. These items are also available in our Sony FS7/FS700R 4K Recorder Kit. You’ll also need a BNC cable. 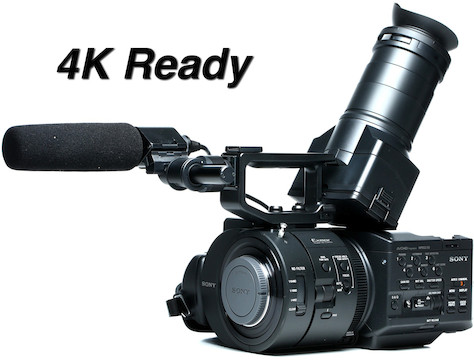