The Vazen 40mm T2 1.8x Anamorphic is a relatively portable Micro 4/3 lens that adds enhanced anamorphic flares and a distinctive cinematic look to your shots. Key features include:

Cinematize Your Shots. The Vazen 40mm T2 1.8x Anamorphic covers Micro 4/3 image sensors and gives your shots enhanced blue flares, bokeh, and other aberrations a 1.8x anamorphic squeeze. It creates a cinematic 2.39:1 aspect ratio when you use it on cameras like the Panasonic GH5 / GH5S, the Z CAM E2 / E2C, or the Blackmagic Design Pocket Cinema Camera 4K. Its fast T2 aperture allows for working in low light, while its 2.7-foot minimum focusing distance lets you get in close.

Professional-Grade Cinema Design. The 40mm T2 1.8x’s aperture and focusing rings boast standard 0.8 mod gears so that you can easily install a follow-focus system. its 95mm front diameter lets you use standard matte boxes, and its extended 300° smooth focus throw gives you accurate focus pulling with minimal focus breathing. This lens is relatively lightweight and compact considering its durability. 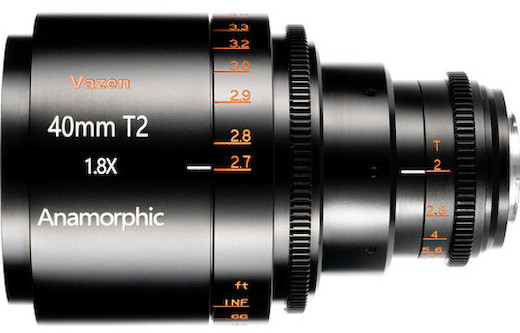 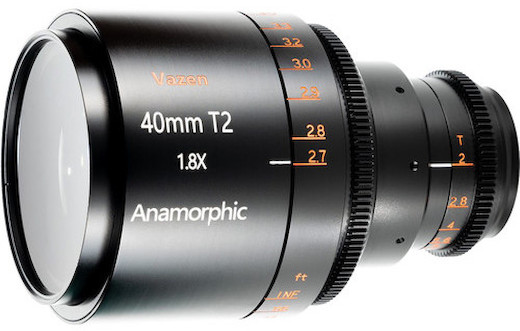 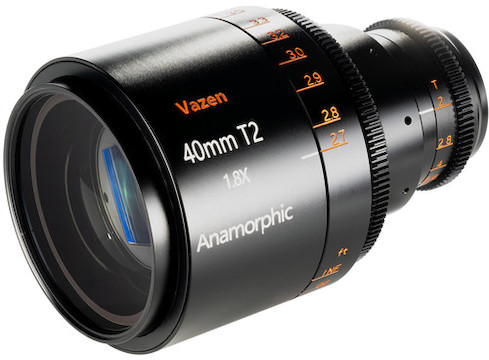