Hands on with the Panasonic GH5s – The New King of Low Light?

The Panasonic GH5 really forced a change in the way I think about the term “video camera.” For me and the way I’m shooting these days, it bridged a gap existing between the compromise of a lightweight DSLR/mirrorless camera or a cumbersome cinema camera. The GH5 was a camera that looked too good to be true when scrolling down its lengthy prerelease specs list. Do you want 4K 10-bit 4:2:2? You got it. Have a desire to shoot 6K anamorphic? Ok. Are you chasing that 4K 60fps dragon? Panasonic delivered and flew straight to the top of nominations list for “Best Specifications in a Compact Video Camera,” a prestigious, yet utterly fictional award that exists solely in my imagination. We’re a year into the life of the GH5, and its designers have fulfilled promises of free feature upgrades that met or surpassed most expectations.

So, what is the one area that even GH5 evangelists have to agree isn’t perfect? If you said “the lack of timecode in/out via BNC,” I’d have to say you’re in the minority, but Panasonic somehow heard your singular voice through the cacophony of users wanting increased low-light sensitivity. While the Panasonic GH5 offers more than many in the way of ISO performance, I had resigned to the notion that low-light shooting is just something you give up when working with Micro Four Thirds systems. Then, the Panasonic GH5S stepped out of the shadows in an attempt to change my mind. 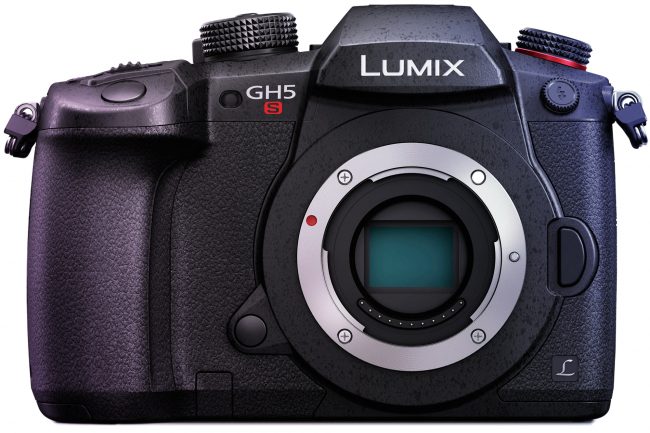 Much the same way that Sony created the low-light champion A7S II, Panasonic used a sensor with less, larger pixels to soak up more of the light available in a poorly naturally lit scenario. This has the benefit of creating a brighter image and freeing up some processing power, but the side effect — in both the Panasonic GH5S and Sony A7S II — of reducing the resolution of the sensor. In the case of the GH5S, the resolution is lopped nearly in half. The extra resolution was mostly lost on video users, but the most substantial casualty of lost pixels is the relatively niche but pretty cool 6K anamorphic mode.

Let’s just get down to it with comparison photos of the GH5S and GH5 field of view. To explain the setup, the GH cameras are compared with a Panasonic Leica 42.5mm f/1.2 OIS wide open recording DCI 4K 400Mbps video with V-Log enabled. Before we get to discussing image quality, I was surprised at how much the field of view widens with the new, multi-aspect sensor. The Panasonic GH5S uses a lot more of the available Micro Four Thirds image circle by maximizing the sensor area of each aspect ratio where the GH5 crops tighter and tighter into the 4/3 sensor aspect ratio to render wider video formats. See my crudely-rendered illustration below for a visual aid. 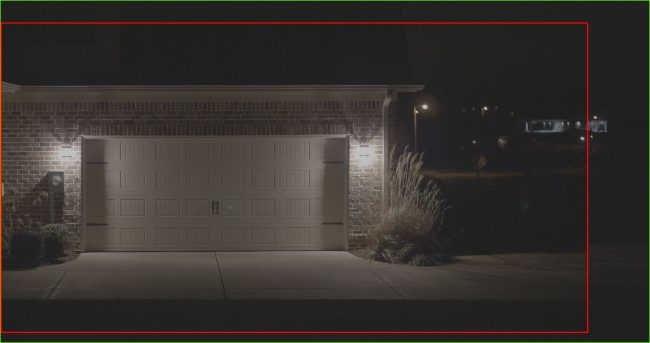 For those hoping the GH5S lives up to its marketing, I can say the difference in ISO sensitivity is immediately visible. Even at low ISO settings, V-Log shows all of the ugly noise hidden in the shadows, and there is much less of it with the GH5S. With V-Log enabled, zero gain or native ISO is found at 400 ISO on the Panasonic GH5 and 800 ISO on the Panasonic GH5S, but the GH5S has a new feature Panasonic calls dual native ISO. You’ll see in the comparison video below that noise builds in the GH5S image until 3200 ISO where it is reduced by some wizardry. In a sentence, Panasonic engineered a second native ISO to take over at 2500 ISO and swap around some circuitry before the sensor data hits the gain processor. You, or I for that matter, don’t have to know what that means to see a huge reduction in the visible noise of the image. This also lets Panasonic push the maximum ISO much further. In the comparison, you can see the GH5S low-light image quality speed ahead of the GH5 from that point. So much so that when pushed all the way to the new maximum of 51,200 ISO, the Panasonic GH5S has an image that appears cleaner than the previous Panasonic GH5 max of 12,800 ISO. It’s remarkable that they have squeezed so much out of this MFT sensor. Also worth noting is a reduction of the nasty, yellow color shift that plagues GH5 images captured beyond 1600 ISO.

The GH5 isn’t hard to best in low-light, so let’s bring out a more competent challenger. Comparing the GH5S directly to the A7S II isn’t really a fair fight, so I thought it’d be more interesting to see how close I could get to matching Sony’s low-light monster with any and all help I could find on the LensRentals shelf. In this case, I used a Metabones EF to E T Smart Adapter IV to set up the Sony A7S II with a Canon 50mm f/1.2L. I did the same with the GH5S with the distinction of using a Metabones EF to MFT Speed Booster XL. If you’re not familiar with this particular product, it adds a couple pieces of glass into the adapter working between a full frame lens and a crop sensor camera to recapture some of the lost focal length and in turn the light that would be hitting a full frame sensor. In this case, it’s a reduction of .64x for an effective crop factor of 1.28x.

The Panasonic GH5S puts up a good fight but, even with help from a speed booster, falls a little short. The Sony A7S II starts at 1600 ISO in SLog, and when comparing the two cameras at that sensitivity, noise on the GH5S is more evident in the shadows. The shadows of the GH5S appear to be more exposed most likely because of the differences in SLog 2 and V-Log. Despite the A7S II handling noise a little better across the ISO range, I prefer the color rendering of the GH5S in these examples in my experience. Colors on the Panasonic GH5S are more natural and consistent. This is no doubt thanks to the much higher bitrate of internal Panasonic codecs. The GH5S does remain competitive in these comparisons up to its max ISO, but when GH5S runs out of track, the Sony A7S II keeps on chugging. I don’t push camera ISO hard enough to need that extended range, but if you do, the A7S II is still your go-to camera. 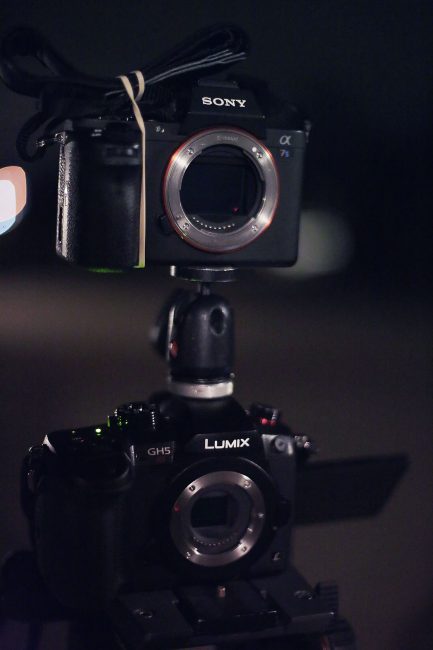 The new sensor is the main event, but I’d be remiss if I didn’t at least briefly mention my thoughts on other changes that have been made here. While I understand the necessity for the change, losing the in-camera stabilization hurts. The GH5’s sensor stabilization is the only in-camera or lens stabilization I regularly recommend to our video customers. For handheld, compact shooting situations it was a life saver, but it’s out on the Panasonic GH5S because even while turned off, the sensor can still jiggle during instances of heavy shock. That just doesn’t work for professional shoots where a rock-solid image is required. It would have been nice if Panasonic could figure out some sort of sensor lock solution, but that would require room for the mechanism, an even larger sensor, and add to the cost of a camera that is already $500 more expensive than its predecessor. The $500 upcharge does get you built-in V-Log, and it’s needed to get the most out of the camera. There are no recording resolutions higher than DCI 4K with the new sensor, so your 6K anamorphic video and higher resolution photos are relegated to the GH5. A lower resolution on the new camera does allow for slow motion video up to 1080p 240 fps. It’s achieved by cropping the sensor, so quality is reduced. Pull that back to 192 fps to utilize the full sensor, but even then footage appears to be more aliased than that of slow-motion GH5 video. The last major change is timecode in/out via the flash sync port. It works, and while it will probably be beyond the needs of most of our customers, I’m sure the news made someone’s day.

I wish summarizing this review were as easy as saying, “If you like shooting video on a GH5, this is the camera for you,” but it’s not so simple. I can say I don’t recommend this camera if you’re primarily a stills shooter. You get 14-bit raw stills but at a resolution that can be easily beat by cameras half its price. This is a great upgrade or even entry into M4/3 video for anyone who is not relying on the in-camera stabilization for handheld video. The lens selection is superb and growing every day, and you will not find a M4/3 camera that works so well in such varied lighting situations. As a heavy user of the Panasonic GH5, I will be moving my primary shooting to the Panasonic GH5S.