How Your Flashtube Position and Shape Changes Your Light Quality 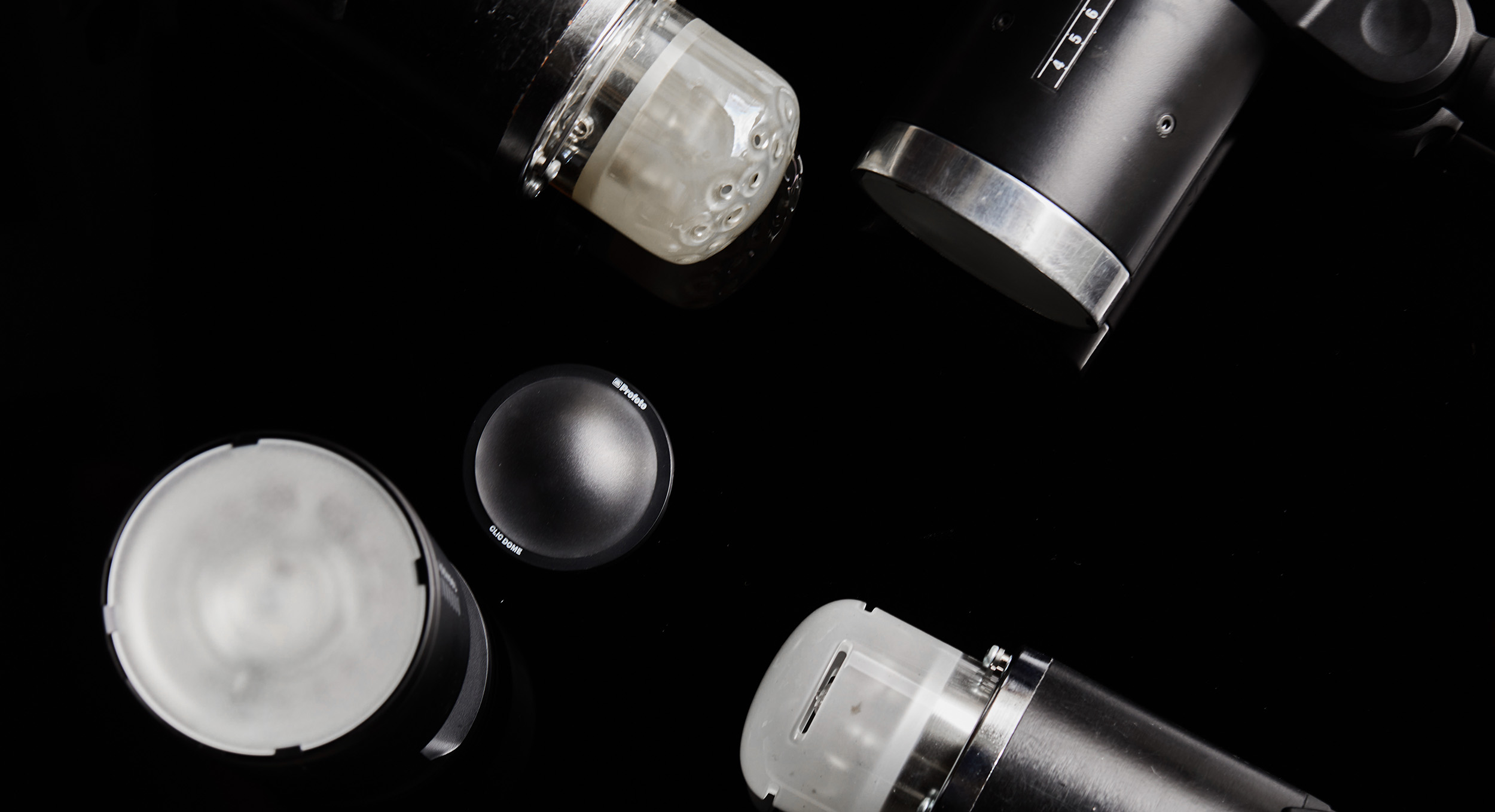 When I learned that Lensrentals.com would start carrying the Profoto Pro-11 and Profoto Pro Heads, I was really excited. Not necessarily because they’re the workhorse standard for large-scale commercial photography, or that Pro-Heads are commonly what I use in my own work, but because of an added variable that many people don’t realize – flash head shape.

It’s easy to page over hundreds and thousands of examples of different lighting modifiers, looking for that one that will best excel your work, but light modifiers aren’t the only thing that really affects light quality; your strobe head shape matters too. So let’s talk about it.

Strobe heads come in all shapes and sizes, from the exposed flash tube dome combo of a Profoto Pro Head, to the exposed bare bulb of the AlienBees B800s and Digital Bee, to even the recessed flat heads of the Profoto B1X and Profoto D2. While subtle, each one of these flash heads has different advantages and disadvantages depending on how their flash tube bulb is positioned – and these advantages and disadvantages can involve a lot of geeking out when it comes to fall off and light evenness.

The biggest factor affected by where the flash tube sits on the head is what is known as beam angle, or light spread. This is, simply put, the angle at which the light leaves the flash head, and varies from head to head. A narrower beam angle will often provide brighter output overall but will struggle to fill larger light modifiers. In contrast, a wider beam of light will fill larger light modifiers but might struggle with light output.

Below is the beam angles, as published by the manufactures of each light, to give you a comparison of the differences —

While these beam angle numbers all might look pretty similar by comparison, a slight change can have pretty adverse effects. For example, I personally wouldn’t use a Profoto B10+ with a beauty dish, as it wouldn’t correctly fill the dish to give that great wrap-around light (I likely wouldn’t use anything under 100-degree for a beauty dish, but that’s just me).

Looking at these numbers at face value, you might think, “So why not just get the widest beam angle to get the best results?”. And that thinking isn’t uncommon (albeit expensive), but there are plenty of reasons to consider a narrower beam. Besides more efficient light (which is incredibly valuable when battling the sun’s output), one of the other essential things to consider is feathering light.

What is Feathering Light?

Feathering light is the process of using the edge of your light and/or modifier to get better control over your falloff. Think of a strobe as a firehose – if you only wanted to mist your subject, you wouldn’t shoot the firehose directly at them. Instead, you’d aim the hose in front or behind your subject, so only the edge of the water stream would hit the person. Lighting works similarly. By aiming your light in front of or behind your subject and not directly at them, you will often produce a more natural falloff of light. The type of flashbulb mount will affect how much or how little you can feather light.

How ‘Filling the Softbox’ Changes Your Light Quality

A phrase you might hear from photographers when talking about studio photography is the term ‘filling the softbox.’ This is a term to simplify beam angle and how it applies to (usually) larger modifiers. Wider beam angles will be able to fill a larger modifier easily, and the light will bounce off the silver walls of the modifier and give a more even output across the entire face of the modifier. Alternatively, narrower beams will not always have full coverage in a larger softbox and will give you a hot spot in the center of the modifier, with light falloff on the edges. 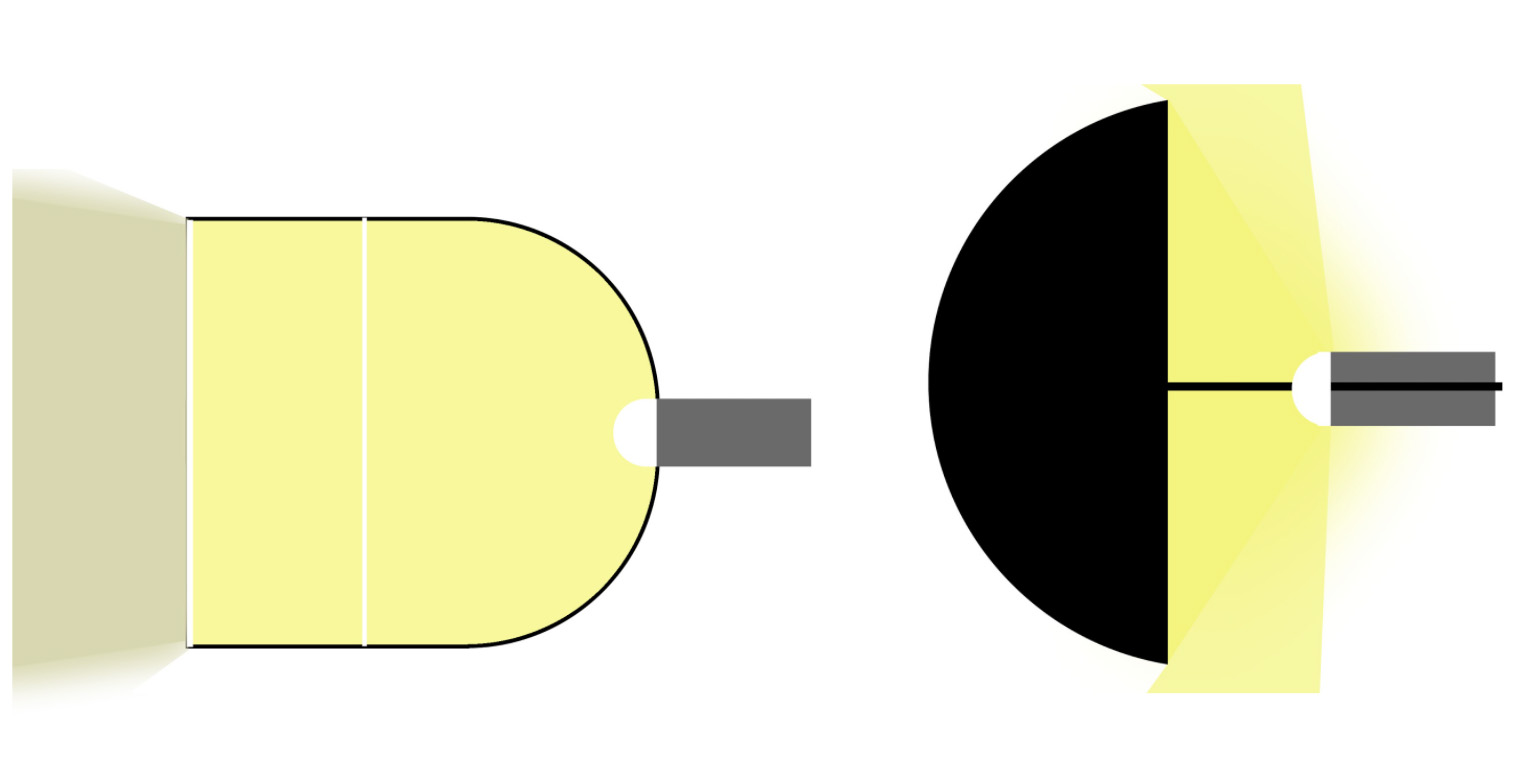 If you’re over-exposing your modifier and using the inverse square law to your advantage, these principles don’t matter as much. Still, if you’re working in a smaller environment or using your lights with a bit more precision, the difference between various beam angles can alter your images considerably. Filling a softbox with light is fundamentally easy – set your light to max power to overexpose the modifier, pull it away from your subject, and adjust your camera settings as needed. But when working with efficacy, the little minutia can make a big difference. 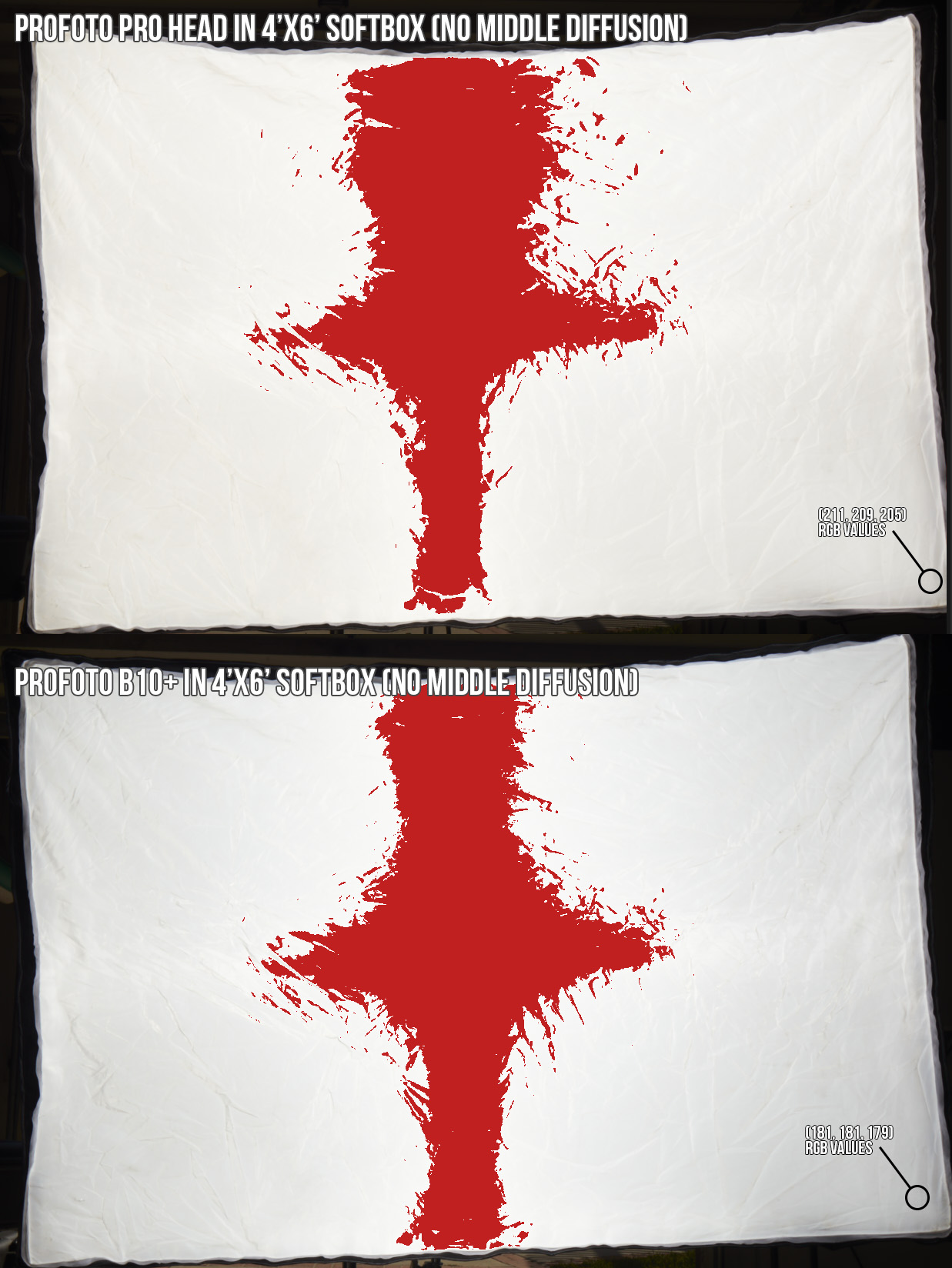 But with each disadvantage comes an advantage. While narrow beam heads generally won’t give you as even light as something with a wider beam, it does offer an opportunity for more feathering. By having a hotspot in the middle of the modifier, with a consistent falloff to the edges, you have a considerably larger ‘feathering zone,’ which allows you to play with light in different ways. This uneven light produces some interesting results and helps create ‘light gradients’ on your subject, giving the appearance of softer and more interesting light. 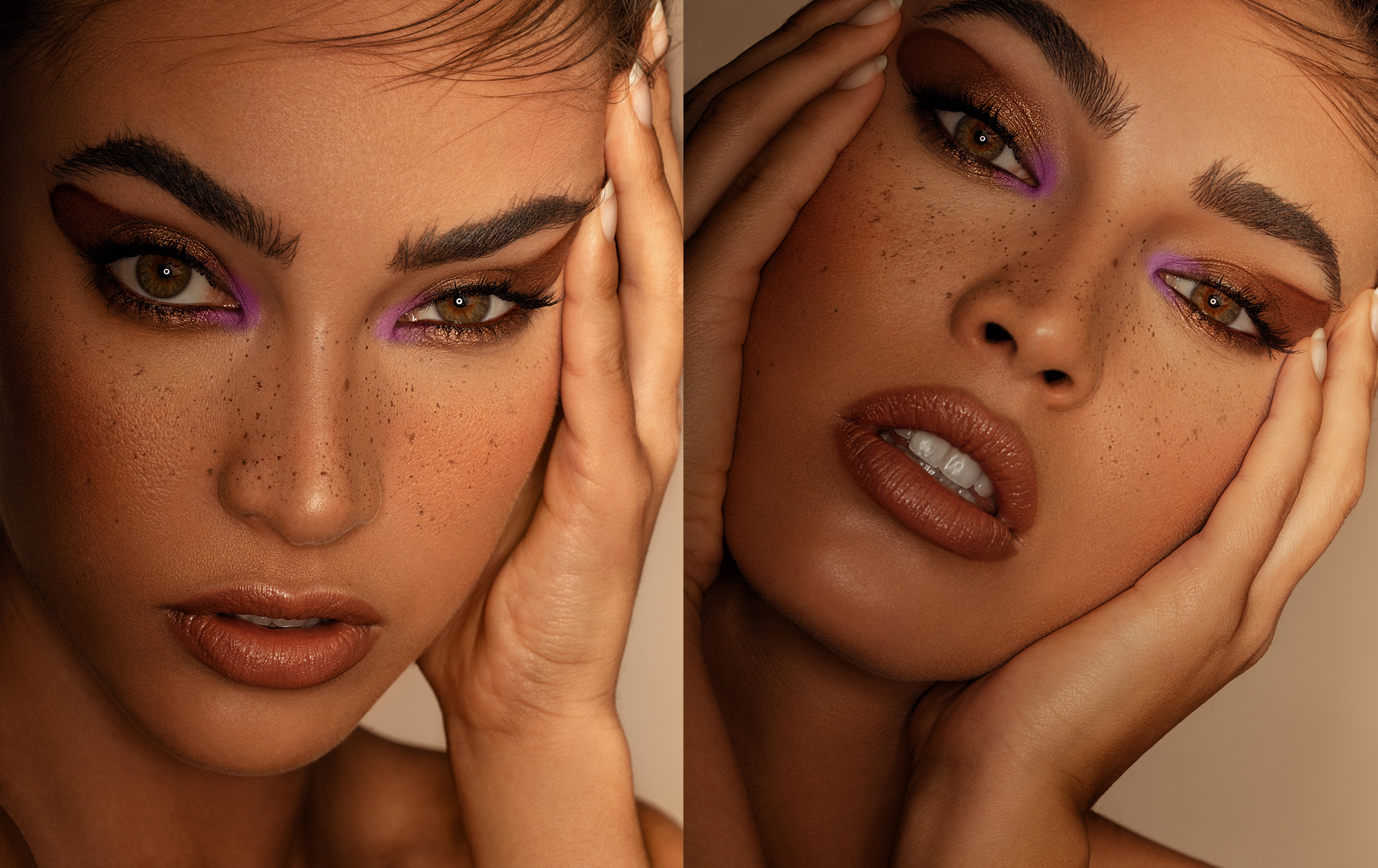 Creative feathering allows for a dramatic falloff from one side of the model to the other. Photo by @zsuttonphoto.

So Which Is Best – Wide Beam or Narrow Beam?

Like so many things in this world, one isn’t exclusively better than the other. The feathering abilities of the narrow beam strobes like the Profoto B10+ are unmatched. However, if you’re looking to fill modifiers and have a broader range of light modifiers you can use, it’s hard to beat something with a very wide beam like the Profoto Pro Head+. And perhaps this is why most strobe manufactures try to tackle a beam angle somewhere in the middle. However, you’ll likely find that beam angle will have a massive influence on how you progress in your lighting styles when you start advancing your knowledge in lighting and want to tackle the little intricacies and minutia of lighting.