Shooting Anamorphic on the RED V-Raptor 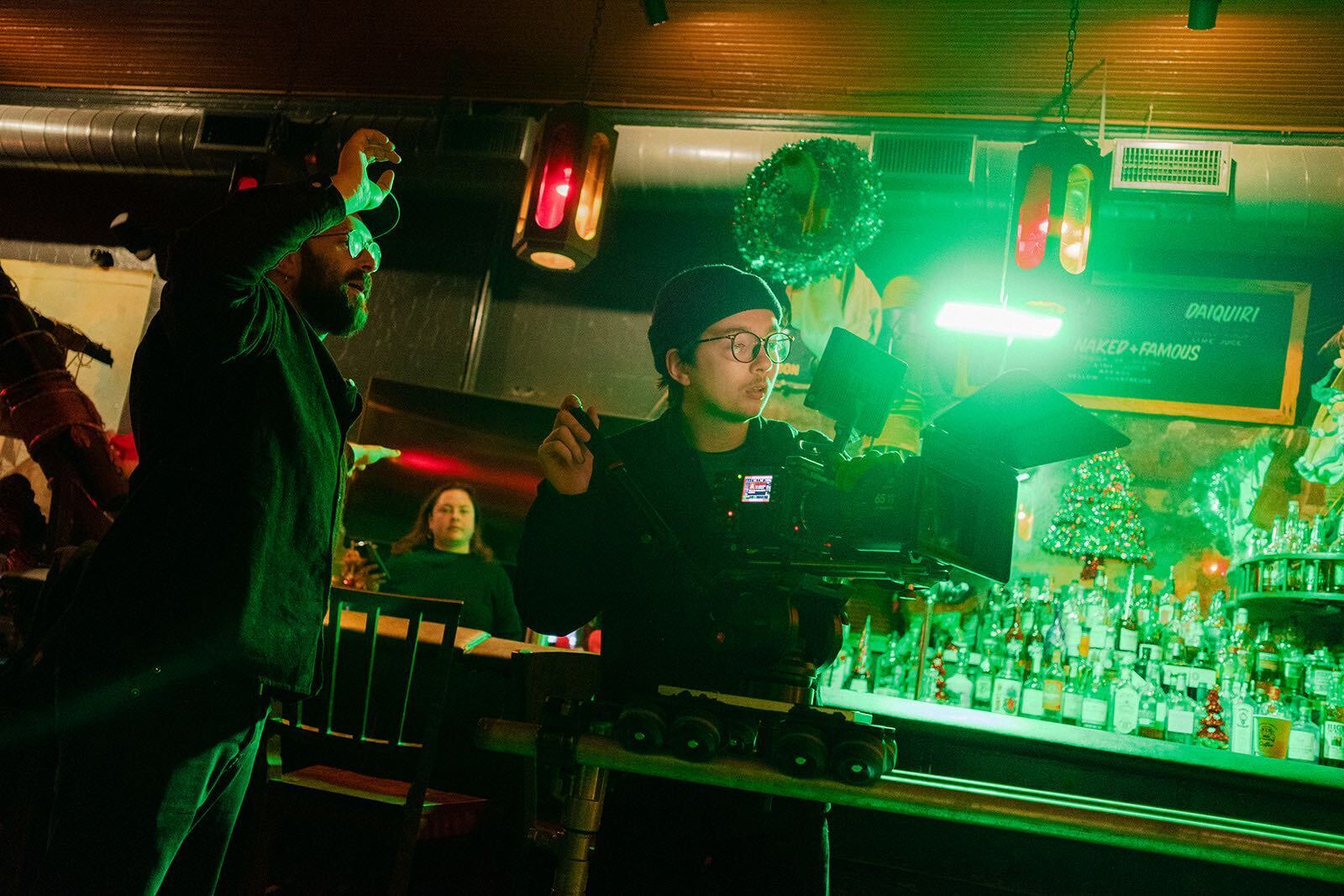 Recently, my team and I got a proposal to make a music video for an alternative rock band. Their pitch boiled down to essentially “a throwback to 70’s/80’s horror movies, but with modern production values.” We went back and forth on a few ideas regarding aspect ratios, cameras, lenses, camera movement, and lighting. After deliberating, we decided to shoot on the RED V-Raptor, with the RED Komodo as our B-camera. We wanted the big, wide images the full-frame V-Raptor would give us, but also needed something a bit smaller that we could properly mount outside of a car. The Komodo was the perfect choice for the smaller setup. They also both feature the new(ish) Canon RF lens mount, which allowed us to shoot on the Vazen Anamorphic line of lenses. We wanted these lenses for a few reasons:

We decided to use the 28mm, 40mm, 65mm, and 135mm Vazen lenses. The lenses all feature a native RF mount, except the 135mm, which we adapted using an EF-RF adapter. The 40mm, 65mm, and 135mm lenses all share a front diameter of 95mm, which let us quickly swap our Tilta MB-12 Matte Box over during lens changes. We got 77mm threaded filters for the smaller 28mm lens, since its main purpose was to ride on the hood of a car and we didn’t need the matte box flags.

As things like this often go, the shoot was postponed a week. Unfortunately, the Komodo was no longer available for the new dates. Since time was of the essence, we decided to proceed with the gear order as-is, knowing we would most likely have to re-work some of the shots we intended to shoot with the smaller Komodo.

The V-Raptor has built-in anamorphic de-squeeze options, so I assumed I would be able to use all the lenses without an issue swapping between 8K VistaVision and 6K Super35 sensor modes. The 28mm, 40mm, and 65mm lenses are all crop frame lenses, but I thought, “They cover crop frame sensors, so they should be able to cover the sensor in 6K Super35 mode!” As it turns out, I was wrong.

The three lenses in question were indeed made for crop sensors, but specifically, Micro 4/3 sensors, which are smaller than a Super35 sensor. The 28mm and 45mm vignetted way past the point of usability, leaving us scratching our heads at what to do for certain shots. Luckily, the 65mm did not vignette, and the 135mm was fine, since it was a full-frame lens. I assumed the V-Raptor’s 6K Super35 mode would be fine, not keeping in mind the VistaVision sensor is larger than a traditional full-frame camera. The V-Raptor’s sensor size is 40.96 x 21.6mm (8192 x 4320). Comparatively, the sensor size of the popular full-frame Canon C500 Mark II is 38.1 x 20.1mm (5952 × 3140), which is a bit smaller.

Other than my mistake with the lenses, shooting with the V-Raptor was a breeze. We lost the Komodo and gimbal setup, but luckily the V-Raptor is so lightweight it made it easy to supplement a few handheld shots. I was able to squeeze into a car with 3 other people and maneuver the camera without much trouble. I do wish there was an EVF option in general, but especially for tight situations like that. The camera performed all weekend in temperatures below 25 degrees. It isn’t the strongest performer in low-light, but with the right amount of lighting, it wasn’t a huge problem to bump the ISO a bit when needed. I uploaded my own LUTs into the camera, and we monitored via the DSMC3 Touch LCD on-camera, and via SDI out to a SmallHD Cine 13” UHD 4K High-Bright Monitor. We shot in the Prores 4444 codec and didn’t have a big problem editing the files on a Macbook Pro from 2019.

If there’s a lesson to be learned here, I would say always double-check that your lenses cover your sensor. High-end cinema cameras are being developed with bigger and bigger sensors lately, and lens compatibility might not be as clear-cut as it seems. I mistakenly assumed that “crop frame” meant Super35, not considering Micro 4/3 as well. Other than that, I liked shooting with the V-Raptor and would happily use it for another project. I wish it had certain features you might expect at the price point, like internal ND filters and XLR inputs, but the small form factor combined with the huge sensor makes up for its shortcomings.

Here’s a link to the video if you’d like to see how the final product turned out:

Sam Leathers is a Cinematographer and Photographer located here in Memphis, TN and also works as a Video Dept Supervisor here at Lensrentals.com.
Tweet
Posted in Equipment
Five Resources of Inspiration and Education in Photography & Videography for 2023