The Canon ST-E3-RT Speedlite Transmitter (V2) is an update to the original ST-E3-RT with a feature set that simplifies complex lighting setups. Key features include:

What’s Changed? The Canon ST-E3-RT Speedlite Transmitter (V2) offers a few serious updates to its predecessor. Wireless Rear Curtain Synchronization gives your subjects the look of movement, a 1/8192 minimum power range facilitates shooting in extremely low light, FE memory lets you lock in an E-TTL flash exposure level—even in complex multi-flash setups—and keep using it for the same scene or subject, and there are eight types of custom functions and three types of personal functions.

Flexibility. The ST-E3-RT V2 gives users the flexibility of line-of-sight-free shooting when coupled with the Canon Speedlite EL-1, 600EX II-RT, 600EX-RT, or 430EX III-RT. One ST-E3-RT V2 transmitter can control up to five groups or fifteen individual flashes. With a range of 98.4 feet and the ability to adjust ratios and actual power settings from the transmitter itself, the ST-E3-RT 2 greatly simplifies elaborate lighting setups.

Intuitive Controls. The ST-E3-RT 2 features a detailed LCD with clearly laid out, backlit buttons for full control of settings. Since the transmitter uses a radio signal, it’s only compatible with the radio-signal based EL-1, 600EX II-RT, 600EX-RT, and 430EX III-RT. Despite this, the ST-E3-RT V2 transmitter still offers more control of its compatible Speedlite than any other trigger system out there.

Power. The ST-E3-RT 2 is powered by two AA batteries (not included). 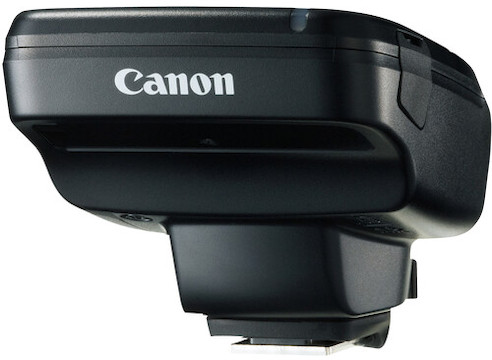 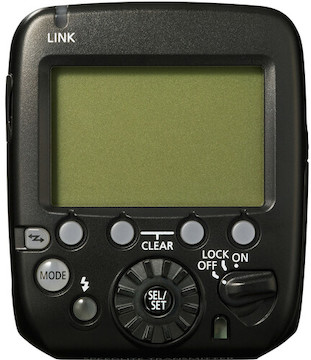