Get a Grip. Sony has some powerful compact cameras in the RXO and RX100 lines, but they aren’t the most ergonomic. The Sony VCT-SGR1 Shooting Grip remedies that by adding a 1/4"-20 mounted grip that doubles as a compact tripod.

Grip-Mounted Camera Control. The grip adds a dedicated button for shutter release and video record as well as a rocker switch for controlling zoom on compatible cameras.

Compatibility. This grip has a weight capacity of 2.2-pounds and can control the following cameras: 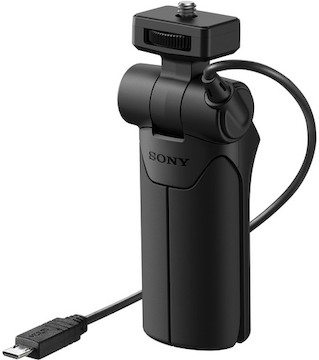 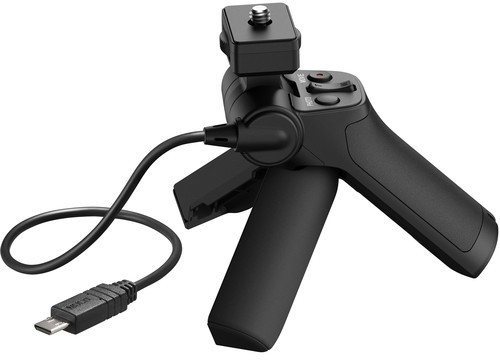