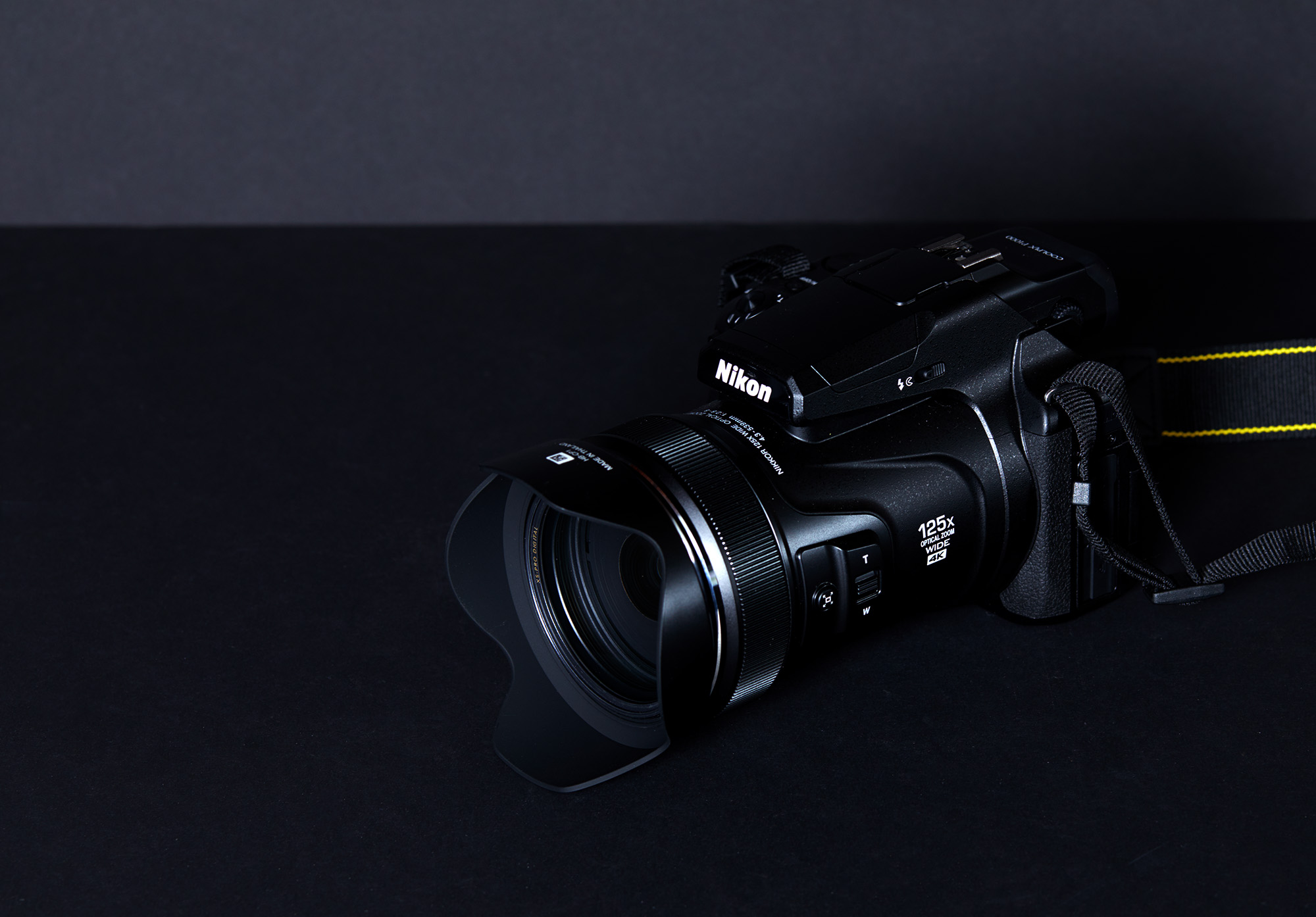 With over ten years as a professional photographer, I don’t really get the ‘GAS’ (Gear Acquisition Syndrome) like I used to. I’ve become pretty content with the gear I’ve acquired over the years, and so new purchases have become more about the marginal upgrades and business expense than the excitement waiting for the FedEx delivery person to arrive. However, that excitement had a glimmering return, when I decided to rent the Nikon P1000 for a weekend.

For those who are unfamiliar, the Nikon P1000 is essentially Nikon’s answer to all the amateur photography forum questions asking “If you could have one lens, what would it be?” If you’ve ever stumbled into one of these conversations, you’ll see that it’s a flood of people saying something to the effect of “a 10-2000mm f/2.8 lens”. While a lens of that stature would be impossible both optically and in weight, someone at Nikon was seemingly watching these forums, waiting to pitch their next crazy idea at the next board meeting. 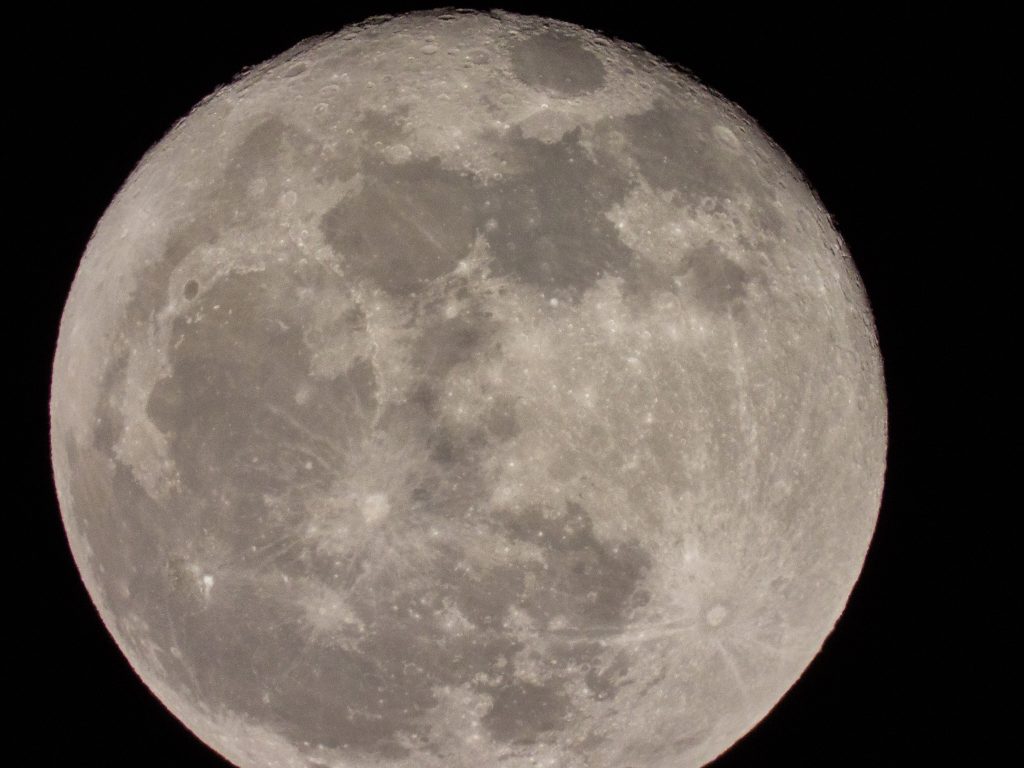 Now the Nikon P1000 gets a lot of flak around the office, as most of the budget, ‘one trick pony’ type stuff does. It makes sense – why rent the Nikon P1000 when you could rent a Nikon D5 and Nikon 800mm f/5.6E VR? Not only would the latter get far superior images (and make you highly respected at your next birding meetup), but you’ll probably have a better time with the system. But that system costs tens of thousands of dollars, whereas the Nikon P1000 sits at a marginal $999.

The Nikon P1000 comes with a long list of features beyond the 24-3000mm lens. Most notably, the Nikon P1000 holds a 1/2.3″ BSI-CMOS sensor at 16MP, ‘Dual Detect’ optical image stabilization, and UHD 4K video output at 30fps. As a nod to the professionals, it also has Raw support, a hot shoe for flashes and accessories, 2.36M-dot OLED electronic viewfinder, and wifi and GPS built into the system.

Some people might ask how a lens like this could exist, and the reality is, when talking full-frame terms, it can’t (….yet?). The Nikon P1000 has a 24-3000mm ED VR lens with 17 elements packed into 12 groups. However, the lens itself is actually a 4.2-539mm focal length, but has a 5.58x crop factor due to the smaller sensor on the camera; giving it the marketed 24-3000mm equivalent focal length. The result, is image quality suffering more from the small sensor size than the lens, giving you pretty lackluster sharpness and noise reduction – especially when shooting at higher ISOs. The second limiting factor of this lens is the f/2.8-f/8 aperture range. When zooming, you’ll see your aperture go from adjustable to fixed depending on how far you need to zoom to get the shot. It breaks down like this – at 24mm-105mm, the lens offers apertures low as f/2.8. From 105mm-800mm, it is an f/4 lens; from 800mm-1600mm, it’s f/6.3, and then adjusts to f/7.1 at 2200mm and a fixed f/8 from 2800mm-3000mm. These adjustments are necessary for a lens like this in its current state, and you can expect the autofocus to suffer, especially when zooming and in low light.

Additionally, the Nikon P1000 has some shooting modes that I found pretty useful. Generally, I keep cameras in manual mode, as I like to tinker my way through the settings, and have little trust in auto settings. However, after encountering some frustrations when shooting the moon one night, I decided to test out the ‘Moon’ setting within the Nikon P1000. Much to my surprise, the settings worked well. Most notably, while in Moon mode, the camera switches to a 3-second timer, to assure that there is no camera shake when trying to capture this rock in the sky. In addition to ‘Moon’ mode, the Nikon P1000 has ‘Birding’ settings, which makes the shutter speed the priority, though forum users have had lackluster results. 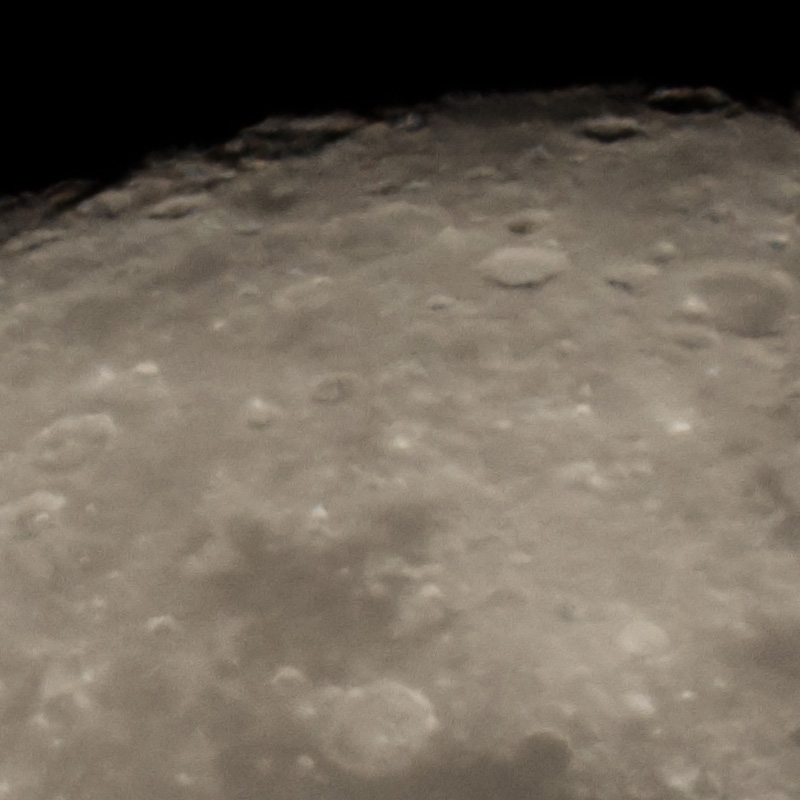 The Nikon P1000 takes its styling from a multitude of camera systems, most of which are smart choices on Nikon’s part. The body has a very similar feel to a DSLR system. The grip is comfortable, and the body, by in large, feels premium – especially given the price point. While the buttons do feel a little squishy, the overall build design is excellent.

However, the Nikon P1000 doesn’t come with weather sealing. Generally, we don’t even like the term ‘weather resistant,’ because it’s more of an ambiguous marketing term than anything else. However, some foam gaskets would have been a nice touch to an already robust feeling camera, especially given that it’s meant to be taken out and seeing the environment at 3000mm.

The design of the Nikon P1000 comes with simplicity in mind, which at times, might be its determent. For those who are picking up the Nikon P1000, coming from the professional market of DSLR and mirrorless systems, you might find the system more frustrating than usable. The menu systems are buried, and rarely a one button press. In short, the camera has the size and feel of a DSLR, while maintaining the control setups found most frequently in point and shoot cameras. The camera most often wants to be set in automatic modes, making the manual changes a bit of a pain.

Perhaps the biggest flaw in the system though is the lack of a touchscreen. When using the system, I couldn’t help but think that a touchscreen would save me from a lot of the small frustrations that come with a camera that tries to do everything. Particularly when trying to focus on something at 3000mm. As one could imagine, the slightest bump causes significant changes to your composition, and a simple light tap on a touchscreen would be far more gentle than gripping onto the body to focus.

Despite its frustrations, the Nikon P1000 is genuinely one of a kind. By comparison, Canon’s closest competitor is the Canon SX70, which clocks in at 21-1365mm, and Sony’s best offering is the Sony RX10 IV with a 24-600mm f/2.4-4. There is no all in one solution that breaks the 2000mm barrier (aside from the older generation Nikon P900), and doing it on any other format would cost you the price of a luxury sedan. 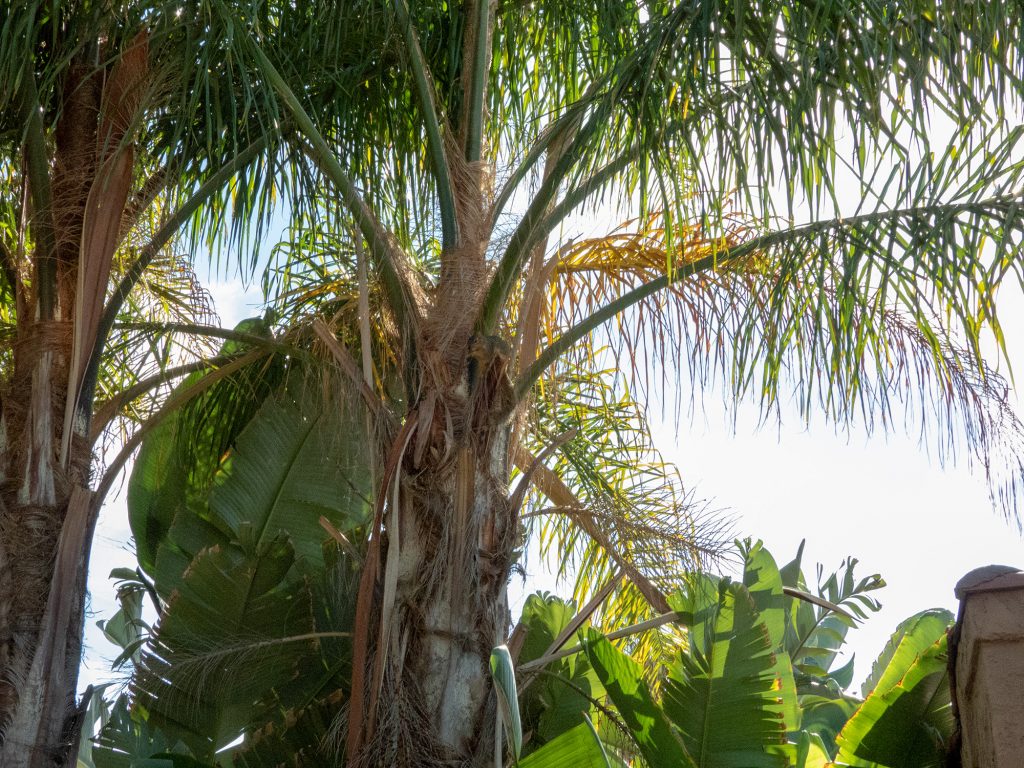 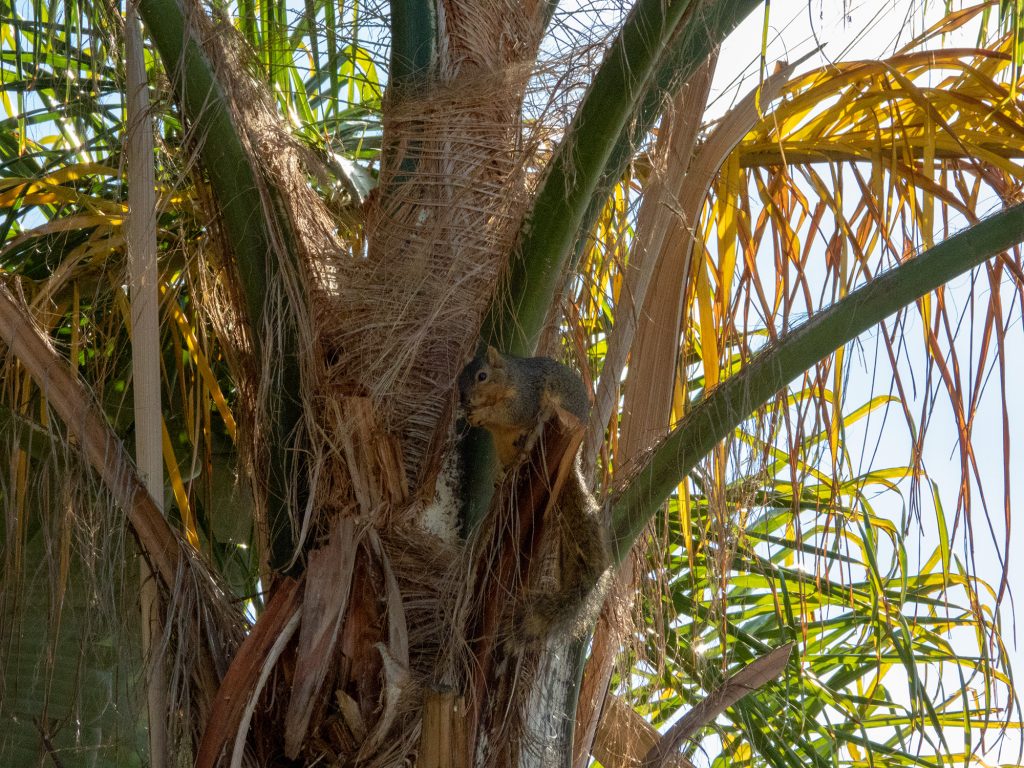 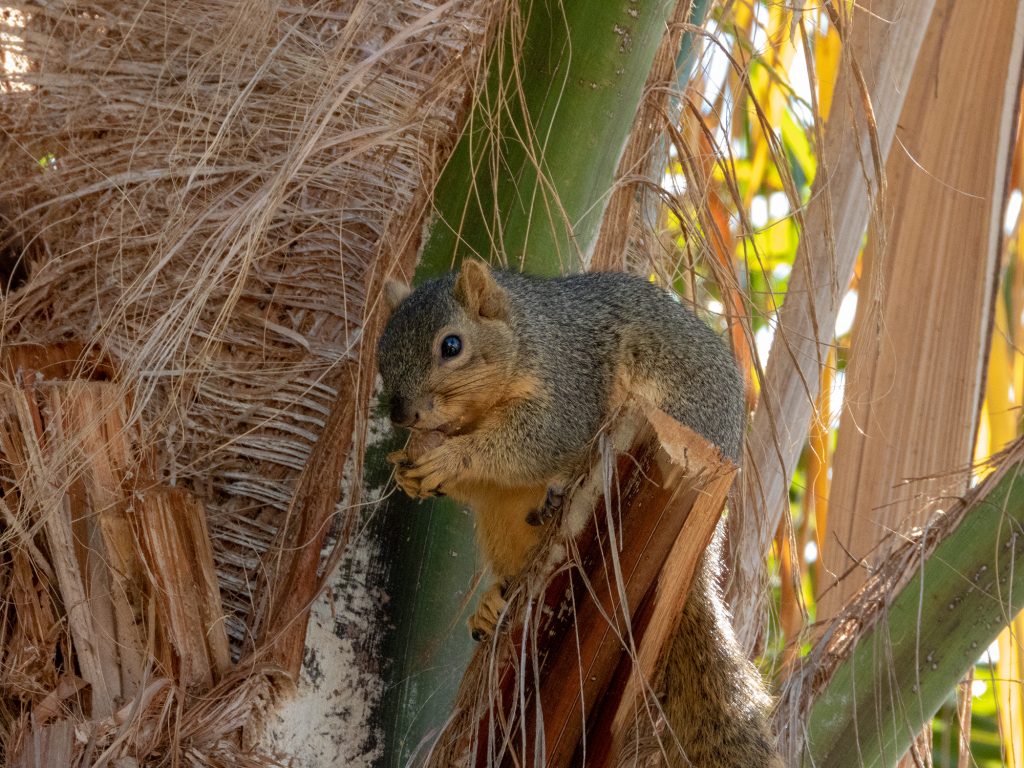 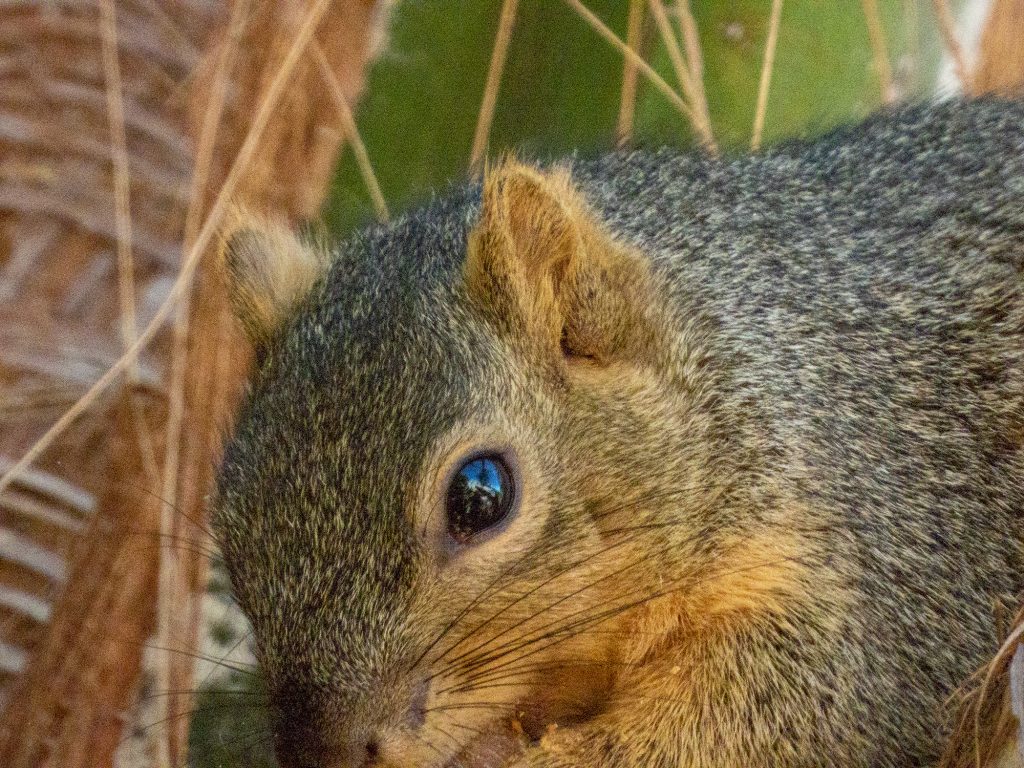 The biggest deterrent to building a camera like this comes in the form of atmospheric distortion, or also commonly called ‘heat haze.’ Atmospheric distortion is unavoidable at longer focal lengths and is caused by humidity, pollution, and other atmospheric elements distorting your image. The result is that you get a haze and distortion in your images, especially at 3000mm. This quickly became a massive problem for me, personally, as I was trying to shoot on the coastlines of Southern California, just a week or so after wildfires caused havoc only a few miles north of me. 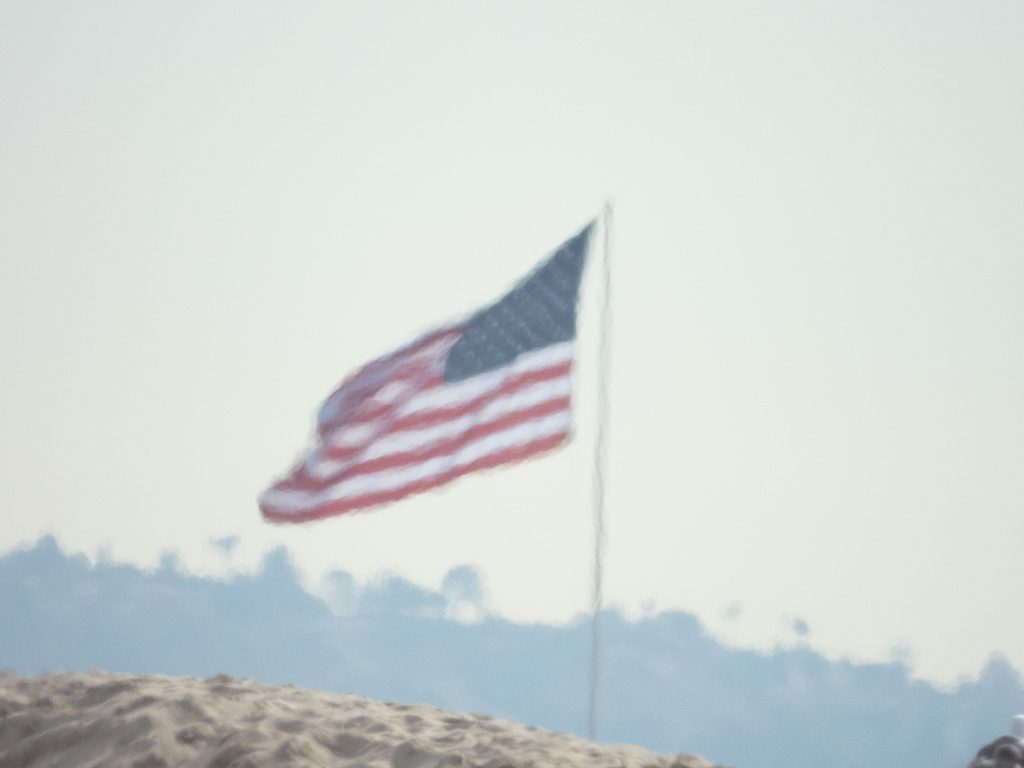 Image shot on a sunny day on Venice Beach at 3000mm equiv. Please note – Haze is much more prevalent due to being on the Pacific Ocean coast.

And perhaps that is the biggest reason why we don’t see many lenses beyond 800mm in focal length. Heat & atmospheric haze is always going to occur, and can’t really be resolved with filters, lens coatings or anything else. Longer focal lengths always try to make sharpness readouts their priority, and when you’re working against the forces of nature, it’s a difficult battle to win.

And as we rattle off more complaints, the next one is the need for a tripod. Especially at 3000mm, handholding this camera is not an option. The slightest twitch of your hand will move your focused subject out of frame, causing you to scramble to try to find it once again. However, not just any tripod will do. For me personally, I have a 10-year-old Manfrotto tripod, which has developed some quirks after years of extended use. For one, its locking ball head has some dip to it, meaning I have to weigh it down considerably in order to have it lock appropriately. My fault, I should have upgraded my tripod by now (but who wants to spend $500+ on three metal legs and a head!?). Even still, with the weight distribution, I don’t expect anything but frustrations when strapping the Nikon P1000 to old or cheap tripods. While the system does have image stabilization built into it, the problems arise with framing your subject, more than camera shake.

Despite all of these complaints, one thing shined through with the Nikon P1000 – I had a lot of fun. Too often do we sit on what is practical for a camera, and never really experiment beyond that. For example, my daily driver is a Canon 5d Mark IV, with a Canon 100mm f/2.8L IS permanently affixed to it. Doing studio portraits, it’s hard to argue a better system (fandom and personal preference aside); and maybe that is where the GAS (Gear Acquisition Syndrome) fell to the wayside. Once we find our comforts and niches, we rarely break outside the molds that are necessary for our work. The Nikon P1000 looks at molds and niches and casually scoffs. Is the Nikon P1000 a portrait camera? I don’t know. A Birding Camera? To some, maybe. It doesn’t really fit into molds – after all, it even has built-in macro functionality up until 155mm focial length. And that is what makes this camera so great. Admittingly, it doesn’t do anything particularly great, but it does a little bit of everything. It’s those weird quirks, and that encouraging to think outside your norms, is what makes the Nikon P1000 a cool camera.

Frankly put, a camera like the Nikon P1000 shouldn’t exist – which is precisely what makes it such a fun camera to use. It’s a camera riddled with flaws – many of which are a construct by design and not the flaws of Nikon themselves. But despite that, the camera is so incredibly unique. There really is no way to describe the feeling of zooming from 24mm all the way to 3000mm. You’ll find yourself whispering “It’s still zooming…” as you watch in amazement of what this camera can do, and the reach it has. This isn’t a camera that I expect to win any awards. Nor is it a camera that I would use for a particular project that has any semblance of importance. However, I find myself looking through my calendar, finding my next weekend free, where I can rent the Nikon P1000, and take it out to explore once again.