The Sony HVL-F45RM Wireless Radio Flash is a compact external flash that lets you quickly create a portable lighting setup. Key features include:

What’s New. The HVL-F45RM is 10% smaller and lighter than its predecessor, and has a faster recycle time and improved guide number. Oh yea, it has a built-in 2.4GHz transceiver compatible with Sony’s Wireless Radio System.

Output. This flash has a guide number of 148 feet at ISO 100 and 105mm with the ability to produce around 210 full-power flashes on a fully charged set of batteries. The HVL-F45RM uses four AA batteries (not included).

Built-In LED. Its 5500K LED has a 400 lux output at 1.6 feet and 10 power levels. It has coverage for 35mm lenses and will illuminate subjects approximately 3.3 feet away when set to ISO 3200 and f/5.6 during movie shooting. It can continuously fire ten flashes per second for up to forty seconds, and a fully charged set of batteries will power it for about four hours.

Built-In Transceiver. This flash is equipped with a 2.4 GH transmitter, meaning that it can function as a radio commander or remote as part of Sony’s radio wireless system. It has a 98-foot operating range and doesn’t require line of sight. It’ll support fifteen flashes in five groups on one of fourteen channels. It’s fully supported by Sony’s P-TTL/ADI metering system, including high-speed sync and ratio control.

Flash Control. The HVL-F45RM offers three flash-distribution modes: standard, center (guide number priority), and even (wide-angle priority), each of which change how the flash affects your scene or subject. You also get manual flash control from 1/1 to 1/128 power in 1/3- or 1/2-EV steps. This flash has an improved 0.1-2.5 second recycle time. 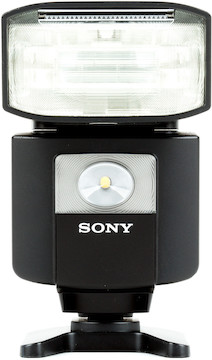 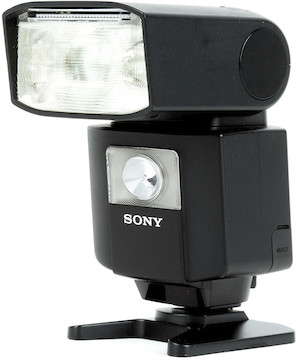 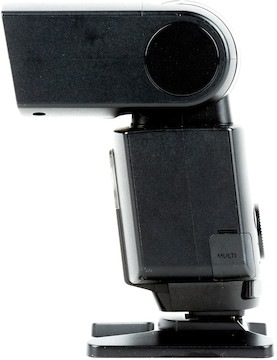 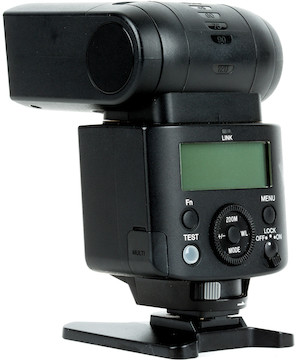 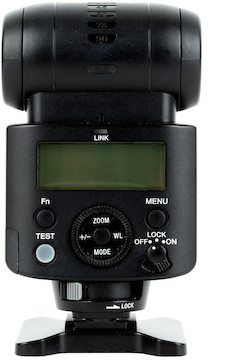 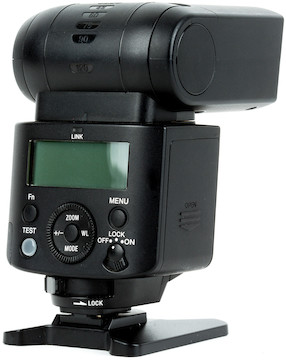 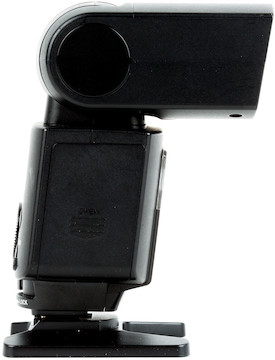 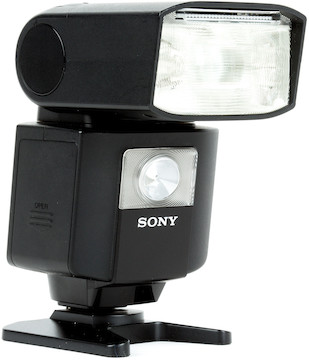 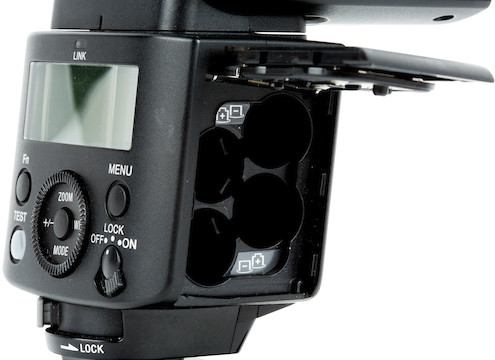 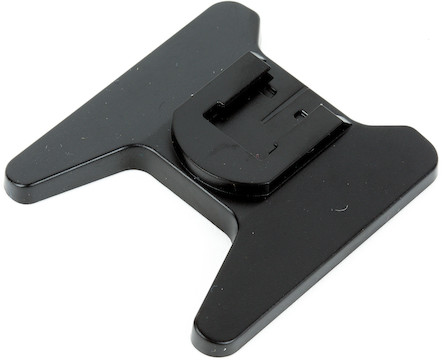 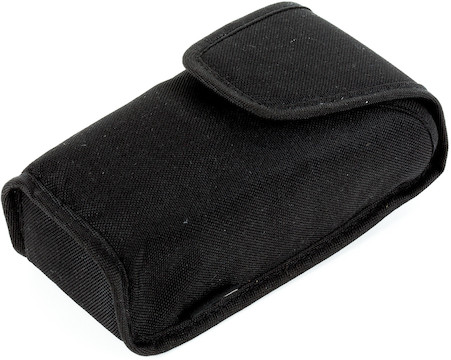 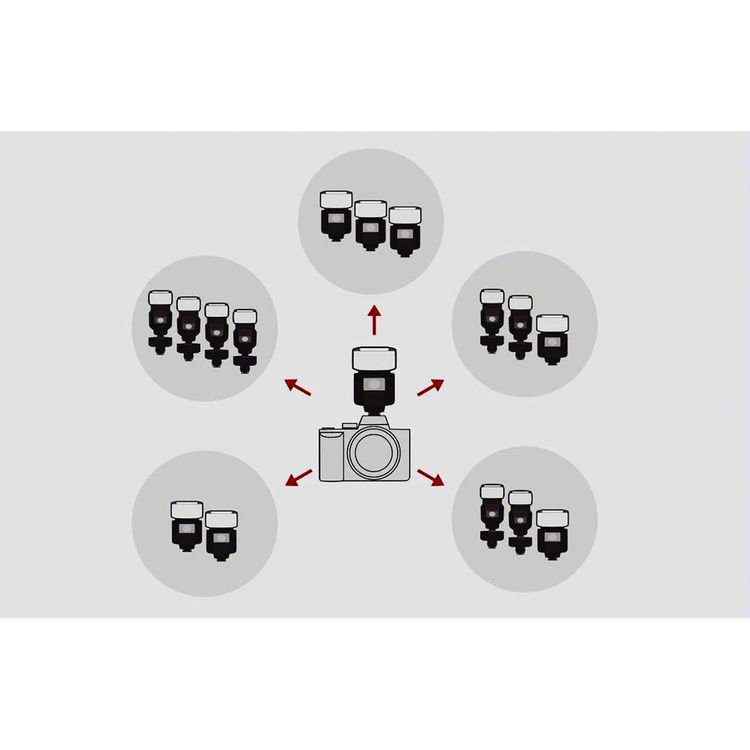 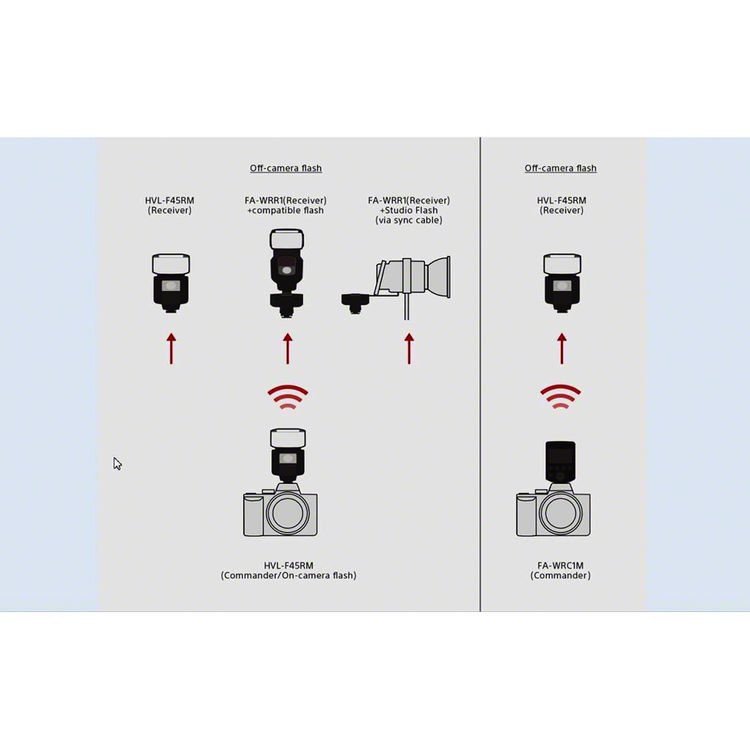