The Sony HVL-F60RM Wireless Radio Flash is Sony’s flagship radio-triggered flash for E-mount cameras. Unlike the HVL-F60M, it has a built-in radio receiver. Key features include:

What’s Changed? The Sony HVL-F60RM offers a few features that the A-mount HVL-F60M lacks. Its built-in 2.4 GHz transceiver lets it act as either a commander or remote in Sony’s existing wireless radio system without the need for a separate radio receiver, its recycle time has been reduced to 1.7 seconds and can be reduced to a mere 0.6 second with the optional FA-EB1 External Battery Pack, and it offers up to four times greater heat resistance for added reliability. It’s not all good news, though. This flash lacks the HVL-F60M’s AF assist beam, so it’s probably not your best choice for low-light event photography.

Guide Number: 60. This flash offers a powerful guide number of 60 at 90 feet.

Useful Zoom Range. Covers a zoom range of 20-200mm with a retractable wide-angle panel for up to 14mm coverage.

High-Speed Sync Mode. It has a high-speed flash-sync mode for shooting with shutter speeds up to 1/4000th seconds, albeit at a lower flash output.

High-Quality Build. It has a dust- and moisture-resistant build for working in less-than-optimal conditions, and the included folding flash stand allows for simple off-camera use. The flash is powered by four AA batteries. 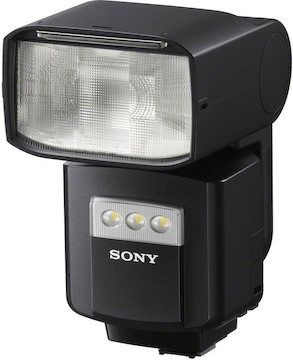 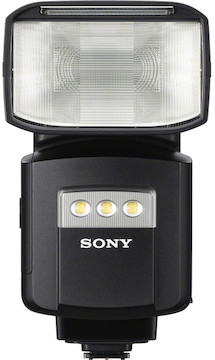 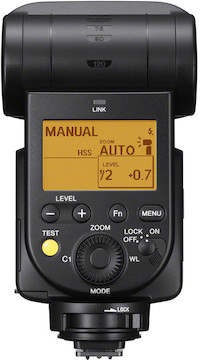 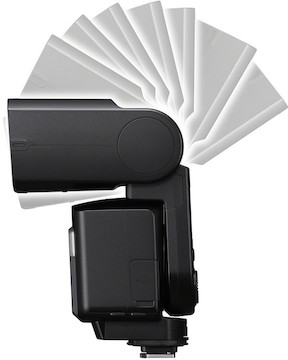