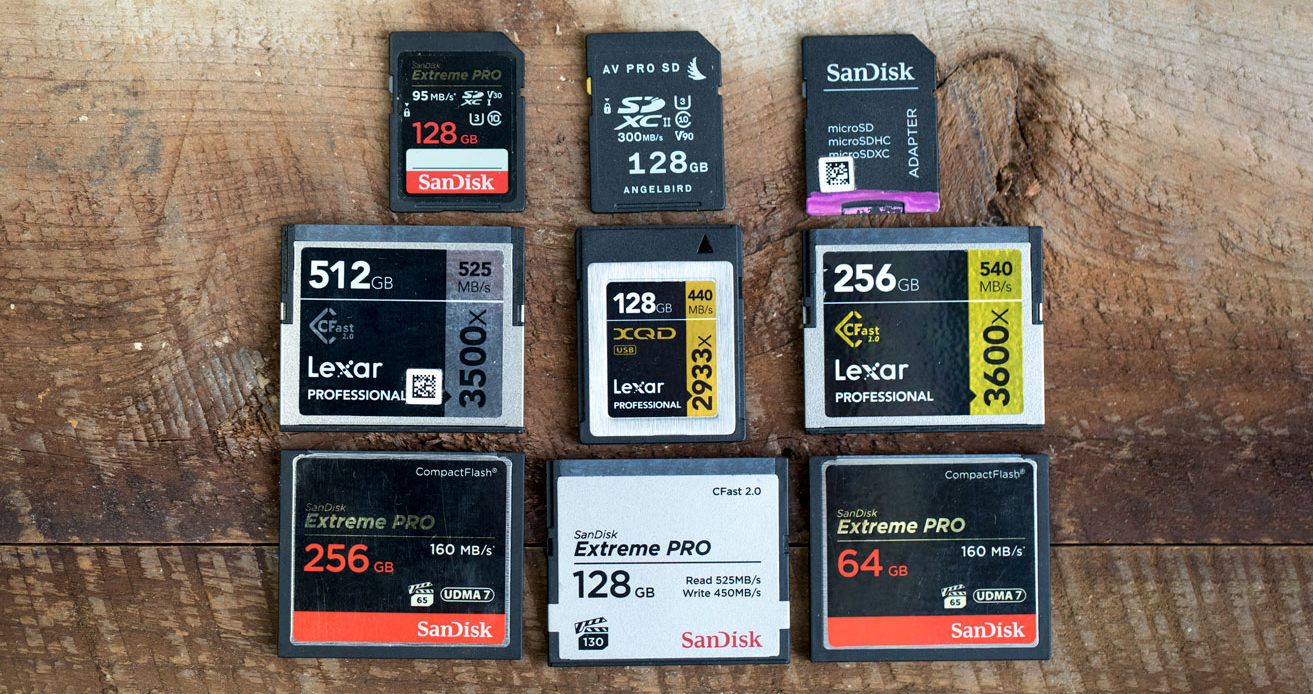 Memory cards come in all shapes and sizes, and with many cameras offering multiple options for their camera systems. Mainly when dealing with cameras that provide multiple cards supported, it can be a bit confusing to find which one offers the best options for your camera system. For example, camera systems like the Nikon D5 offer two models to choose from when purchasing, the QXD model or the model offering Compact Flash, with each format providing different advantages and disadvantages.

Because of this confusion, we decided we’d write a piece on the various card formats, and their advantages and disadvantages, so that you know which card is best for you for your next rental or purchase. But for we get into the individual card formats, let’s talk about the most important topic – speed.

Perhaps even more confusing than all the card types is how they’re rated for speed. You’d think that with something as universal as data transfer, there would be a universal way of measuring it with a memory card – but you’d be wrong. Many SD cards use a ‘U’ rating system, Lexar has a habit of putting an x in front of an arbitrary number, and only Sandisk is reasonable enough to use an “MB/s” measurement. So with so many ways that they measure speed, how is it all broken down?

When it comes to SD cards, they are measured using the Speed Class measurement, which is a series of arbitrary symbols and numbers that don’t explain one thing or the other. This speed class is usually signified by one of three logos; a C with a number in the middle of it, a U with a number in the middle of it, or a stylized V with a number next to it. While they have a dozen different buses and other symbols (which you can learn more about if you’re interested, by going to SD’s website), the Speed Class is considered a universal system for both SD cards, as well as microSD cards. 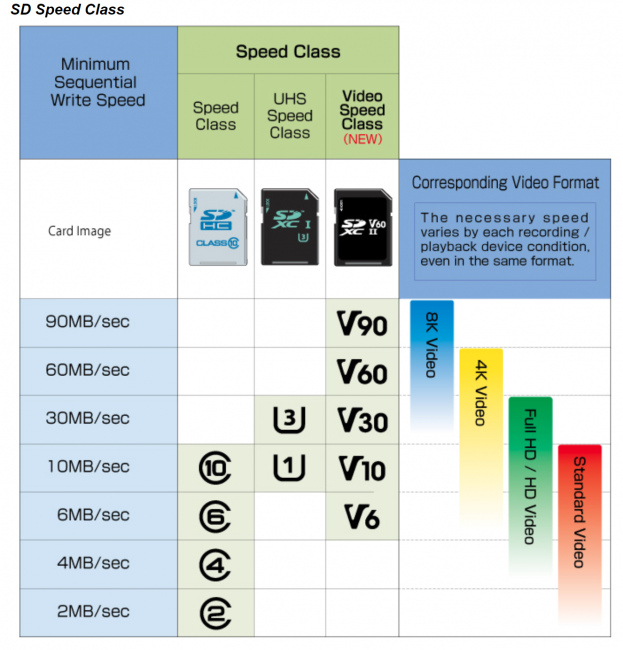 Where SD cards will often use the Speed Class measurement system, Compact Flash cards have opted to make it even more complicated. With some brands, such as Sandisk, will use a pure maximum transfer speed (ex 120MB/sec), many others choose to use a more arbitrary system (such as saying the card is 1066x speed). While a bit more complicated (and perhaps a bit misleading), when you see an ‘x’ number on a card, you can usually determine the MB/sec read/write speed by dividing that number by 6.666 (or multiplying by 0.15). So for example, if a card is x800, then it’s read speed is up to 120MB/sec.

In addition to using x### speeds, Compact Flash cards will often use a UDMA measurement to determine the read and write speeds for the card. UDMA stands for Ultra Direct Memory Access and is a system to more easily identify the transfer rates on cards. The number following the UDMA is typically between 0-7, and translates to the following —

One thing worth discussing before we get too involved in this piece is the importance of brand recognition. When shooting, video or photos, all of the data is pushed to the memory card, and not all cards are created equal. Not only are some cards held to a higher standard from production to sales, but many of the larger brands also offer a lifetime warranty on their memory cards. No shoot is worth losing because you wanted to save a couple of dollars on your memory card, so it’s always recommended to buy only trusted brands when purchasing memory cards (and buy only from trusted retail stores, as counterfeit cards do exist and are a growing problem). Of the recommended brands, we recommend Sandisk, Lexar, and ProGrade Digital. And please note, this advice also applies when it comes to selecting your card reader. 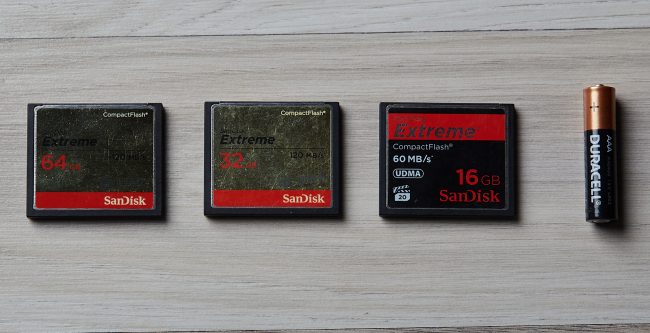 Compact Flash cards have been the standard for most DSLR systems since the original DSLR format. Larger in physical size when compared to the other options (such as SD cards), Compact Flash cards are most commonly found on DSLR systems, like the Canon 5d Mark IV, Canon 5Ds/5DSr, and the Nikon D810. However, many of the newer cameras also offer SD slots for their systems, and many others have adapted to the CFast and XQD memory solutions, which have proven to be the future of memory going forward. This primarily has to do with CompactFlash cards being Parallel ATA systems, with the maximum transfer rate of 167 MByte/s.

In 2008, the Compact Flash Association recognized the potential ceiling of the Compact Flash card and developed the CFast infrastructure as a result. Using a Serial ATA bus, the read/write speed potential was increased significantly, reaching up to 600MB/sec with the CFast 2.0 platform. However, the development and use of CFast has been slow, and many have already decided that the XQD/CF Express platform will take over, and become the new standard in future generations. That said, many cameras support the CFast system, such as the Canon C700, Canon C300, Canon 1DX Mark II, Arri Alexa Mini, and the Blackmagic URSA Mini. 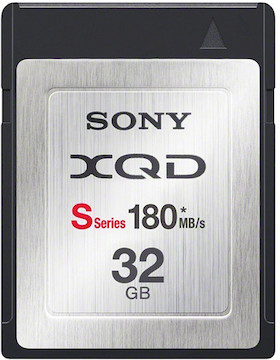 Among the newest and exciting memory card formats, the XQD promises some pretty incredible speeds, while maintaining a small form factor. Only slightly larger than an SD card, the XQD, or also called CF Express with its latest iteration, allows for speeds of 1000MB/sec on the XQD format, and 7880 MB/s on the newer CF Express format. While there aren’t any cameras yet that can take advantage of the full speed of the CFexpress system, the CFexpress is backward compatible with the XQD system, so if you’re going to buy one, you should probably just make it the CFexpress card at this point. 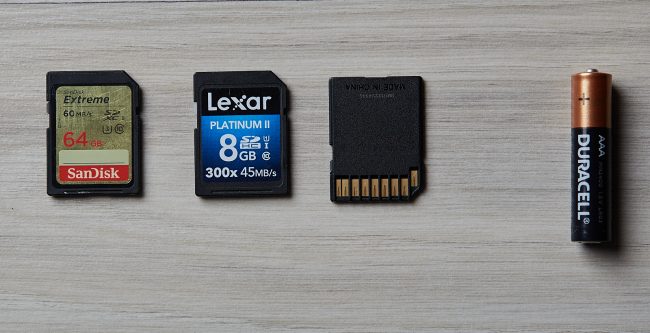 The standard for smaller camera systems is the SD card. Developed in 1999, the SD form factor quickly became the most popular memory format, particularly with smaller Point and Shoot and Mirrorless cameras. However, with the original SD format maxing out at a 2GB size, SDHC was quickly developed and shares the same design as the original SD. While SD has long since retired, SDHC is still a relatively common system format and allows for transfer speeds up to 25MB/sec on the High-Speed bus, and up to 312MB/sec on the UHS-III bus. However, at that point, it might be easier to upgrade to the SDXC format, which allows for much faster transfer speeds over the other options.

Whether it’s an SD, an SDHC or an SDXC, it’ll be impossible to tell without looking at the label, as they all share the same size and format. Additionally, camera systems are reverse compatible with these systems (So a camera that supports SDXC will also support SDHC). However, older cameras may not support the newer formats. 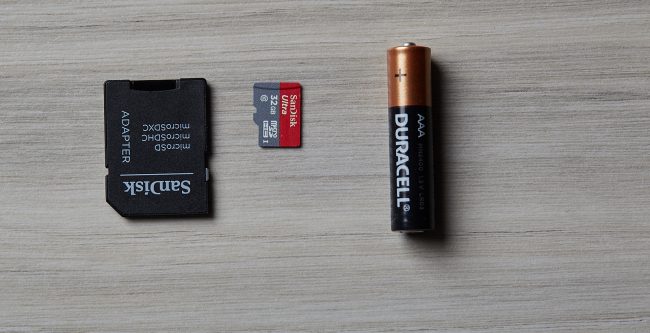 Among the smallest in design, MicroSD cards are used on devices that may be too small to hold a Compact Flash or SD card system. Most notably, these cards are found in drones and action cameras, such as the GoPro Hero. There smaller size is nice, but they do come with some downfalls. The first one being that of course, they’re not as fast as the competitors, with the fastest card available having a Read Speed of 275MB/sec, though most of them sit closer to 70MB/sec. 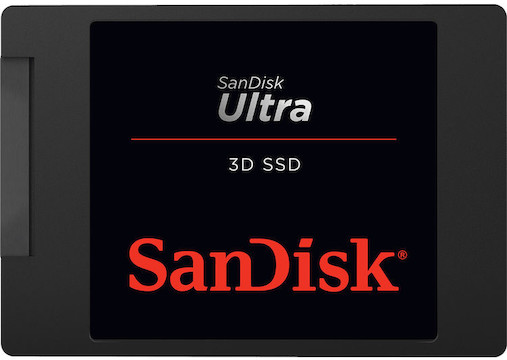 Whereas up until now we’ve been talking about smaller form factor systems primarily designed for DSLRs and compact cameras, we also see that SSDs are becoming more prevalent in the industry, particularly with video camera systems. Larger video cameras typically use SSDs as their preferred format, but as do digital recorders, such as the Atomos Ninja Inferno 4K, and the Convergent Design Odyssey 7Q+. The SSDs used for these systems are no different than what you might use for your computer, and thus, have a broad range of brands. 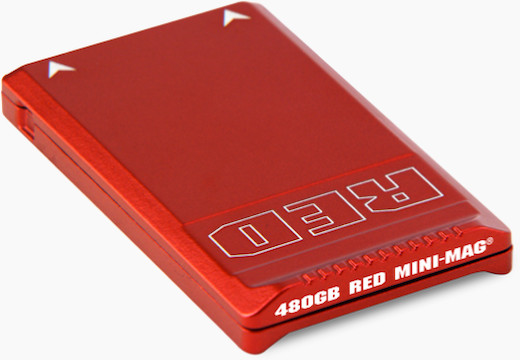 Red Mini Mag’s are RED’s choice for memory solution. Essentially just branded SSDs, the Red Mini-Mags are the memory format proprietary to RED systems, most notably the RED Epic 8K, RED Raven, and RED Scarlet. With transfer speeds up to 300MB/sec, these cards are more than fast enough to capture 8K footage, though will need a RED Mini-Mag Station to pull information off of the cards.

Developed by Sony, the SxS cards work using the PCI ExpressCard slot, found on laptops and some video cameras. Despite being developed by Sony, Sony does not exclusively use the file format, though popular cameras which accept the SxS card are the ARRI Alexa, Sony FS55, and the Sony FS5. Be design, the SxS card is fast, allowing up to 1.3 Gbit/sec transfer speeds with the SxS Pro format, and with a theoretical limit of 8 Gbit/sec. 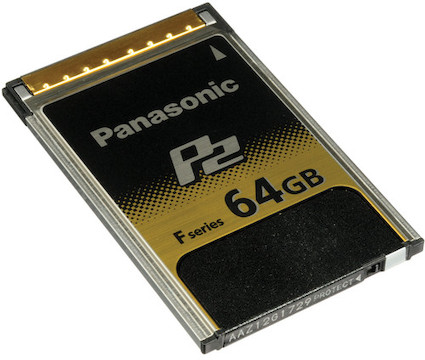 Developed by Panasonic, the P2 card system was first introduced in 2004 and is still used on many Panasonic Video Cameras. Most known for its use on the Panasonic VariCam, the P2 format comes in three different styles – the P2 card, the microP2 (which shares the design of the SDXC card system), and the expressP2. While this memory system is fast (with a maximum data rate of 1.2 Gbit/s), it is exclusive to the Panasonic brand.

That, for the most part, covers it for all of the current media used as of right now. Collectively, one would hope that in the future, we’d have one or two standards that would be hot-swappable from camera system to camera system, but until then, we must learn the inner workings of a large range of memory solutions.