The Best Budget Lenses for Mirrorless Cameras for 2022 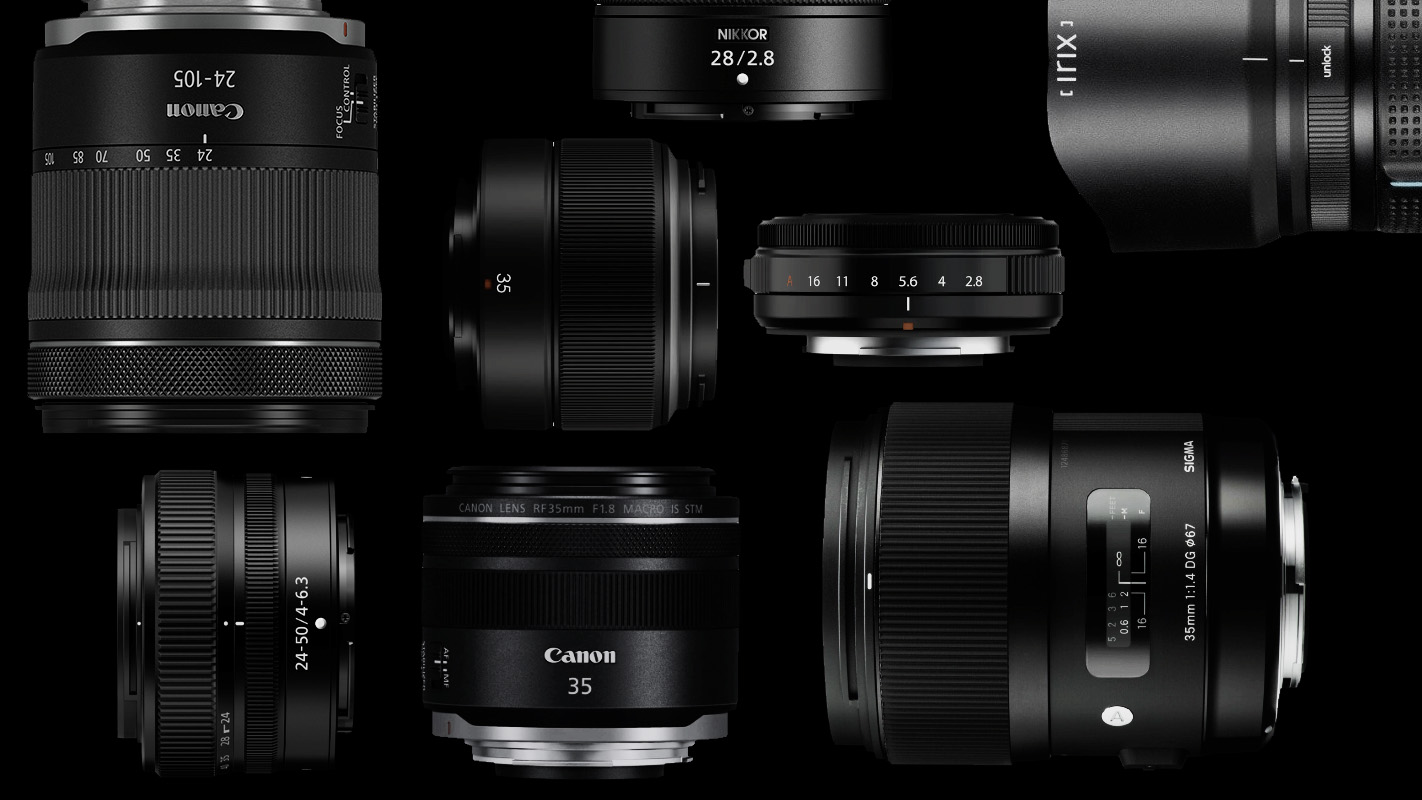 It’s without question, mirrorless is the future for photography. Canon and Nikon have more or less stopped the production on their DSLR platforms, and Sony and Fujifilm have been focused on the mirrorless market for a few years now. And while the mirrorless platforms have several advantages over the DSLR platforms, one stark disadvantage is the cost. Often the mirrorless cameras require a bit more electronics on them, adding to their initial cost. Furthermore, the costs of mirrorless platforms continue its ramp upward when you start looking at their lens lineups. For example, the Canon EF 24-70mm f/2.8L II is around $1900 new, whereas the RF version is $2,400. Looking at the increased prices across the board, I figured it was time to start looking at some more affordable options for each of the platforms.

To start this list, we can state the obvious – If you’re looking to save money, purchasing (or renting) the older generation will always save you some coins. But not only does this apply to lenses – but cameras (and their platforms) too. The Sony a7III going to be far cheaper than the Sony a7IV, but DSLR platforms and their lenses will be cheaper too. If you’re getting started in photography, consider picking up a Canon or Nikon DSLR over getting one of their mirrorless systems. While you might be on a platform they’re actively working to discontinue, you’re able to find some real bargains on their lenses and camera bodies; systems that are still incredibly capable. The Canon EF 40mm Pancake can be found for cheap and is great, and the Nikon AF-P 70-300mm f/4.5-5.6E ED VR is sold new for under $600 and gives you an incredibly versatile lens. But because there are several lens mounts we want to cover with bargains, and we’re trying to avoid writing a novel of dozens of suggestions, we’re going to keep this list to mostly mirrorless platforms. But if you’re looking for bargains on the Nikon F mount, look at the Nikon 35mm f/1.8, Nikon 50mm f/1.8, and the aforementioned Nikon AF-P 70-300mm f/4.5-5.6E ED VR. For Canon EF, the Canon 50mm f/1.8, Canon EF 70-300mm f/4-5.6 IS II USM, and a used 24-105mm f/4L are all really great options. But without further adieu, let’s look through some great bargain lenses for mirrorless cameras in 2022.

Canon has been aggressively developing lenses for the Canon RF mount, something I’ve spoken about recently in this blog. However, many of their releases in the RF lineup, have been tailored to the professional market, and with limited third-party lenses released, finding those great bargain lenses can be tough. Still, we found a couple of great lenses that are worth taking a look at.

To top our list for the RF platform is the Canon RF 24-105mm F4-7.1 IS STM. While a variable aperture might not sound appealing to you (where the lowest possible aperture changes based on your focal length zoom), this lens has really great sharpness and gives you a broad focal length making it a perfect ‘all-rounder’ lens to carry with you. Pair that with the built-in image stabilization, lightweight design, and sub-$400 price tag, it’s really worth giving the Canon RF 24-105mm F4-7.1 STM a look as a great carry-around lens that offers a lot of versatility.

Stretching the definition of affordable at $700, the Canon RF 600mm f/11 IS STM (and its partner, the Canon RF 800mm f/11 IS STM Lens) are really interesting lenses to take a look at. While pricey, sure, they are by all accounts incredibly affordable when compared to other lenses stretching to 600 and 800mm. And with that, their sharpness is really impressive despite their somewhat simpler design. While f/11 is a big turnoff to most, you’ll still be able to get really great depth of field when shooting at such a long focal length. Meaning the only actual downside to these lenses is that 600mm and 800mm aren’t exactly common focal lengths to shoot at, and you’ll need plenty of light to get the exposure right at f/11.

The final recommendation for the Canon RF platform is of course the Canon RF 35mm f/1.8 IS Macro STM. At $400, this is a great, speedy lens that adds to its appeal by offering 1:2 macro functionality. While 35mm isn’t usually what you think of when you think of macro lenses (the standard sits at around the 100mm range), it does mean you have an incredibly short minimum focus distance (at just 6.7″), and you have a really great lens and focal length for portrait photography, and don’t even need to use the macro functionalities of the lens. 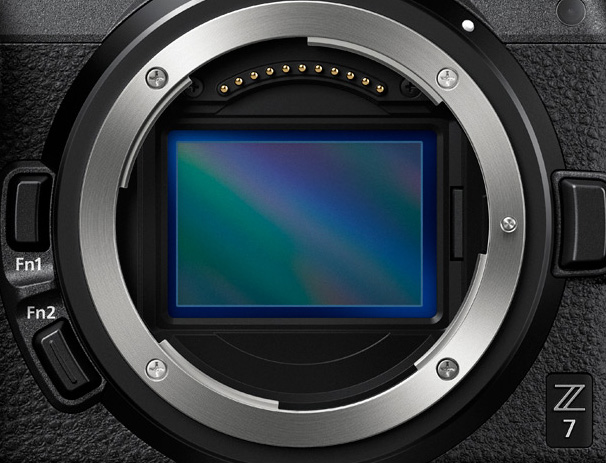 Debuting in late 2018, Nikon moved to the mirrorless platform with their Nikon Z mount. With 25 lenses available from Nikon (at the time of writing this), and four adapters, the Nikon Z series development has been a little slower than Canon RF. Still, Nikon has done a great job presenting lenses in a much broader line of price points, so let’s take a look at some of their best bargains.

A kit lens that is regularly paired with the Nikon Z5 and others, the Nikon 24-50mm f/4-6.3 is a great little lens for the price. It’s not particularly fast, and the focal length is pretty short, especially when compared to kit lenses, but at only $400 (and quite a bit less than that on the used market), it’s hard to turn this lens down. Its lightweight design makes it a really great carry-around lens, that has a focal range that can cover the majority of your needs.

At $300, the Nikon Z 28mm f/2.8 is among the most affordable entries in the Z series of lenses, and a pretty good lens to pack in a kit. I’ve personally always found the 24-28mm focal length to be a hit or miss for a lot of photographers, but those who love it, really love it. Sure, f/2.8 isn’t incredibly fast, especially from a prime at this focal length, but super shallow depth of field gets more and more difficult as the focal length widen’s out. But at this price point, it’s a worthy little lightweight lens, and worth mentioning for those looking for a cheaper carry-around lens.

Of all of the popular lens formats, Sony might just be the hardest to find affordable lenses for the E-mount. While they’ve been at it for long enough that third-party developers are very much available, Sony does have a history of their optic lineup costing some cash, and so, finding budget-friendly options on the E-mount platform was surprising more difficult than I anticipated. Even still, I have a few recommendations.

What can be said about the Sigma Art series lenses that haven’t already been said 1000 times? When they stormed onto the scene in 2012, it really surprised everyone with their elegant design and superior image quality. And that announcement in 2012 all started with the Sigma 35mm Art lens. The Sony version, completely redesigned for their platform, looks to be an absolute banger of a lens for the Sony platform. And while $800 is really stretching the meaning of budget-friendly, please keep in mind that the Sony comparison of a lens is nearly twice that price point.

At $650, the Sony E PZ 18-105mm F4 G OSS is a budget lens by all accounts when you start looking at what you’re getting with it. The focal range on the lens is really impressive, from ultra-wide to a mid-telephoto, and with the f/4 stop, you get a really versatile lens. 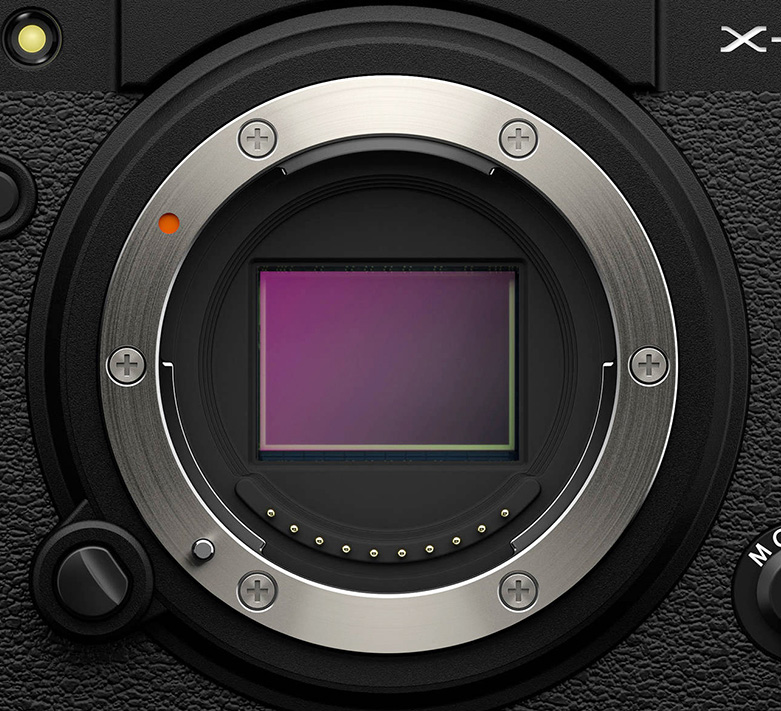 Next on the list is the Fuji X Series platform. For those unfamiliar, the X-series is an APS-C format of lenses that are a companion to the Fuji X-T3, X-Pro3, and others in the Fuji X lineup. Because the platform is a 1.6x crop sensor, the lenses available are usually a bit more affordable than compared to full-frame platforms from competitors. So with that said, let’s look at some of their best options for budget-friendly lenses.

The first of the recommendations is probably the most obvious – the Fuji XC 35mm f/2. At $200, I’m not sure if this recommendation is even fundamentally necessary because everyone I personally know on the Fuji X platform already owns this lens. Simple in design (and made entirely of plastic), the XC 35mm f/2 is pretty basic in design and quality, but has proven to be a great performer to those who have tried it.

At $400, the Fujinon XC50-230mm f/4.5-6.7 OIS II is an amazing lens option for those on the Fuji X Series platform and are looking for an all-around lens that covers an incredibly wide focal range. The lens isn’t particularly fast, and not nearly as sharp as the Fujifilm XF 70-300mm f/4-5.6 R Lens, but is a great cheaper option for those who are looking to add length to their focal range and do not want to spend a lot of money.

The final recommendation is a lens that is not very widely available (at the time of writing this) – the Fuji 27mm f/2.8. At $400, the 27mm has gotten a lot of Fuji shooters excited as a nice wide lens, with promised sharpness, and in an incredibly small, almost ‘pancake’ style lens. There isn’t much else to say about the lens, it’s a powerful little lens in a really small package.

Of all the platforms, finding a list of budget-friendly lenses for the GFX platform is probably the most difficult. Medium format means a much larger sensor to cover, which means larger glass elements in the lens, which, in turn, drives the cost up pretty quickly. Still, we have a few recommendations –

While this isn’t a lens I’ve personally used, it is one I’m extremely excited about for the GFX platform. First, the GFX platform doesn’t have much in the way of third-party lens developers, despite the system being a huge success for Fuji. Secondly, this lens is incredibly fast for a prime lens, especially on a medium format platform. Quickly punching the numbers, this lens is 35.55mm at f/1.11 equivalent, which is something really special. At $675, isn’t the cheapest option on this list, and with manual focus only, it might turn some people off. But for those on the GFX platform, and looking to add to their lens arsenal, this lens is something interesting.

The second recommendation for the Fuji GFX platform is something I’ve talked about extensively on this blog in the past – lens adapters. While maybe not a long-term option for the GFX platform, a lens adapter will give you all the lens options of other platforms, and adapters can be had for only a couple hundred dollars. If you’re a person who has moved to the GFX ecosystem from Canon, Nikon, or Sony, you’re able to convert all your previous lenses to the GFX system with the use of an adapter.

The final portion of this recommendation list comes the ‘Nifty Fifty’, which is by and large, available for almost all platforms and lens mounts. The ‘Nifty Fifty’ is a 50mm lens that is usually under a few hundred dollars, designed as an introduction 50mm lens, and usually an overachiever in quality for the price. For Canon EF, it’s the Canon EF 50mm f/1.8, for the RF, it’s the Canon RF 50mm f/1.8 STM, for Sony E, it’s the Sony FE 50mm f/1.8 Lens, and for Nikon, it’s the Nikon AF-S NIKKOR 50mm f/1.8G Lens and Nikon NIKKOR Z 50mm f/1.8 S Lens for the Z series. These lenses are always a great bargain, and a must-have if you don’t have a 50mm focal length prime in your kit.

So what do you think? Anything you think we missed? Feel free to chime in with your recommendations in the comments below. And as always, all of these lens options are available to rent by using the links spread throughout the article, and many of them can be purchased used through our ‘Gear For Sale’ portion of our website.