Most Popular Photography and Videography Gear Rented in 2017 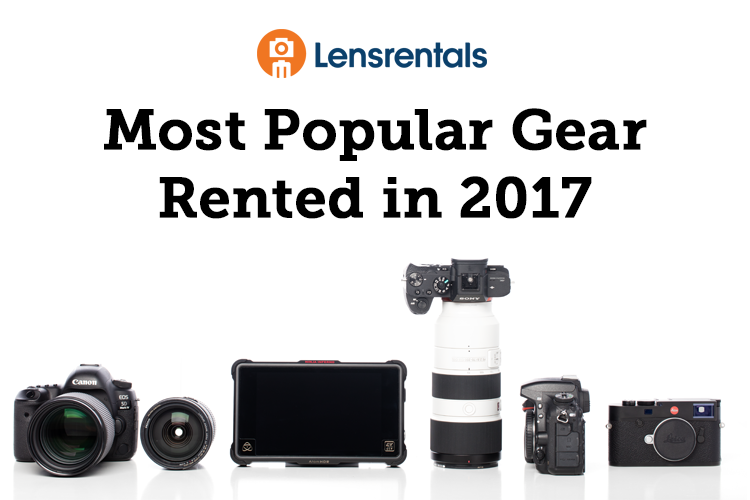 As we put in our final weeks of 2017, it’s important to reflect on all the exciting things that happened over the year, and focus on what we can do even better for 2018. As always, we like to put a bow on the year and share with you our most rented gear of the year. 2017 was our biggest year ever, and so, let’s go through some of the equipment that was the most rented of 2017.

As you could guess if you’ve seen this type of data in the past, a lot of our gear rented is more practical than anything else. Not much has changed from previous years, with the 24-70mm and 70-200mm’s of the world taking the cake as the most popular gear for the year. And the margins are pretty significant. While I can’t divulge actual sales numbers, I can say that the Canon 24-70mm f/2.8L II and Canon 70-200mm f/2.8L IS II out rented every other lens three times over, and are our two most popular items by a significant margin. Another surprise is that the Canon 5d Mark III is still renting at the same level as the Canon 5d Mark IV, proving once again that cameras from nearly 6 years ago are still incredibly capable machines. Finally, Sony out rented Nikon this year and is slowly closing the gap to Canon.

But the most surprising information above might come from the Sony NP-FW50 Battery in 5th place. Yes, the Canon 85mm f/1.2L II, Nikon D750, and all of Sigma’s Art Series lenses were beat out by a battery. If nothing else, it’s a humbling reminder to us at Lensrentals.com that we serve a huge utility purpose within the industry, and a reminder to everyone else that the Sony mirrorless systems still have a long way to go in terms of battery life, and at least one backup battery is almost a requirement when using the Sony systems.

However, we also like to focus the spotlight on some of the new equipment put out into the wild, and highlight some of the new products that seem to have the most hype within the industry, so list below, is the most rented new gear from 2017.

For reference to the changes, I’ve also attached our table for the most popular gear released in 2016 from the article we put together last year —

Does anything on these lists surprise you? Think we’ll see any surprises for the upcoming year? Let us know what you think in the comments below, and stay tuned for another article where the staff of Lensrentals goes through and lists their favorite new pieces of equipment for 2017 later next week.